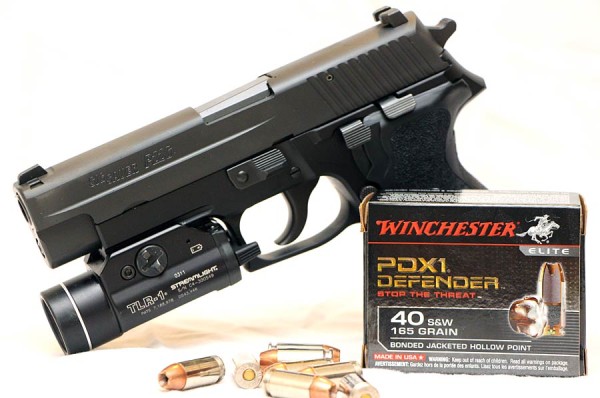 Get a new gun for Christmas?Â  Congratulations!Â  Owning a firearm is a very positive thing, but it comes with the very serious responsibility of safe handling, storage and use.

A firearm will never discharge without human intervention.Â  This means a loaded gun laying on the table is no threat to anyone, unless a person walks over and begins to handle it.Â  So, the firearms community developed a set of four rules to follow when handling a firearm.

All firearms are always loaded – Always treat a firearm as if is loaded.Â  Even if you just checked it, always assume it is loaded.Â  There are many cases where someone thought the gun was unloaded, and tragedy struck because it was not.

Never point the gun at anything you are not willing to destroy – Don’t point a gun at your friends, wife, husband, dog, TV or anything else that would be hurt, killed or destroyed by a bullet.Â  If you accidentally discharge a firearm that is pointed in a ‘safe’ direction, no one is killed.Â  If you are pointing the gun at a loved one…

Always know your target and what lays beyond – If you are not 100% sure about what you are shooting, don’t pull the trigger!Â  A rustle in the bushes may be another hunter, not a deer.Â  Someone trying to get in the front door late at night could be your teenager coming home late, not a burglar.

Also, you might miss.Â  So be certain the area around and behind your target is safe before taking the shot.Â  Missing the target and hitting your buddy will ruin his, and your, life.

If you examined any gun related accident, I imagine you would find that one or more of these rules were violated.Â  Follow these rules -always-, and you will likely never have an accident.Â  Deviate from these rules, and you invite disaster.

If you are not using the gun, keep it locked up.Â  A gun laying out invites curious hands, such as a child or a ignorant guest.Â  Also, if you are not home, a burglar is less likely to steal it if it is locked away.

I know…no one ever reads the manual.Â  But you should!Â  A firearm’s manual contains valuable information, such as how the gun disassembles for cleaning, and the right caliber of ammo to shoot.Â  Don’t assume all ammo is the same.Â  You may own a 9mm, but is that a 9mm Parabellum?Â  Or 9mm Makarov, 9×21, 9mm Largo, 9mm Browning, 9×23, or… well, I guess you get the idea.

If you follow safe handling practices, your firearm can be a great tool for self defense, hunting and sport shooting.Â  Always keep in mind that you are the ultimate safety, and any mechanical safeties on a firearm are only as good as the user.