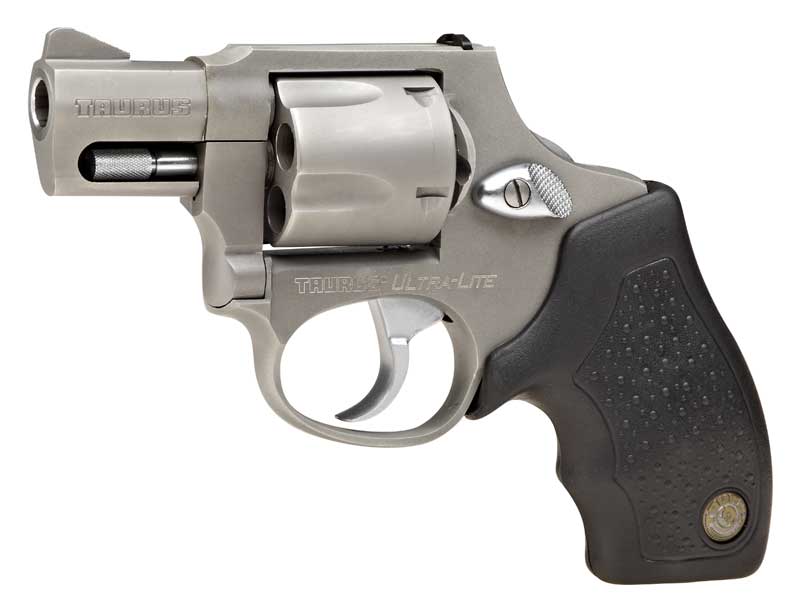 IÂ love the panache of Taurus. Â They aren’t afraid to try new things, and they can often start a little stir in the industry. Â Who would have thought the original Judge would sell well, much less spawn specialty ammo and a whole series of revolvers based on the idea.

Since then, the revolver has been released and we have all of the specifications on the new handgun.

The Taurus 380 revolver is in the company’s Ultra-Lite line of handguns, and it comes in two finishes: Â stainless steel and black. Â Otherwise, the two guns appear to be identical.

The guns have bobbed hammers and are double action only. Â The hammer is not shrouded. Â So, the gun is less likely to hang up on some piece of clothing when being drawn from concealment, but it may not reliably fire from inside a jacket pocket as a concealed hammer gun would. 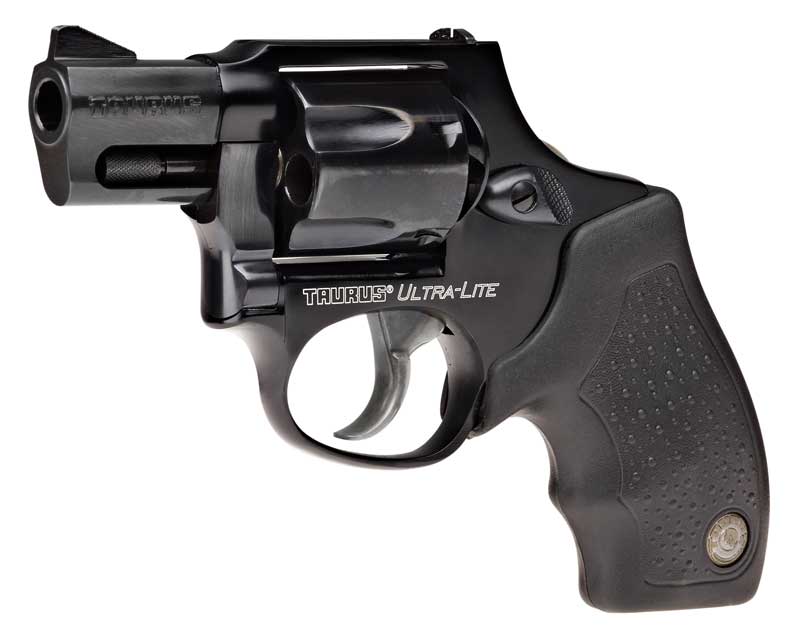 The revolvers use “stellar clips” according to Morrison. Â These work like moon clips used with other rimless cartridges. Â Revolvers are generally designed to work with cartridges that have a protruding rim. Â Semi-auto cartridges frequently do not have protruding rims, and are called “rimless.” Â This is not technically accurate, but it gives one a reference on how to distinguish one from the other. Â To fire a rimless cartridge like the .380 ACP in a revolver, one can use a thin piece of metal, called a clip, to act as a rim in the revolver’s cylinder.

The Taurus M380 has a 1.75″ barrel that is topped with a fixed ramp front sight. Â The rear sight notch is also fixed. 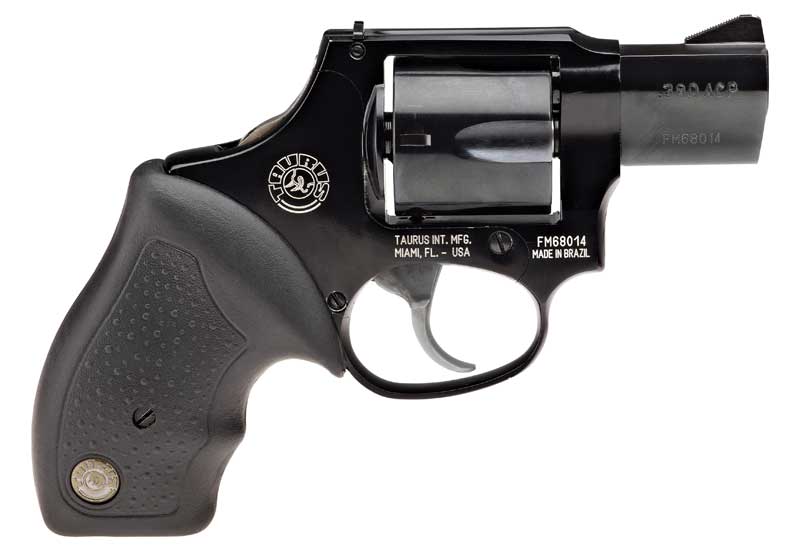 The unloaded weight of the gun is 15.5 ounces, which places it into the same general range as other compact revolvers, such as the J-frame Smith & Wesson handguns. Â The grips are made of soft, black rubber and have the Taurus emblem embedded into them. Â At the time of this writing, MSRP is $443 for the black finish and $475 for the stainless steel finish. Â I would expect to see a 380 revolver for sale (street prices) at about $400-425 depending on finish. 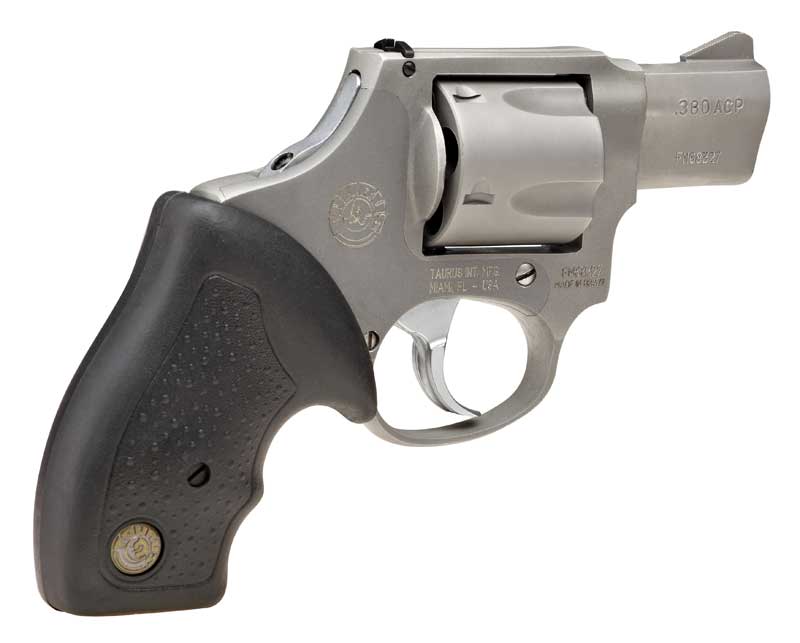 Does a Taurus M380 make sense to you? Â What advantages do you think it holds when compared to a .38 Special revolver? Â Let us know what you think in the comments below. 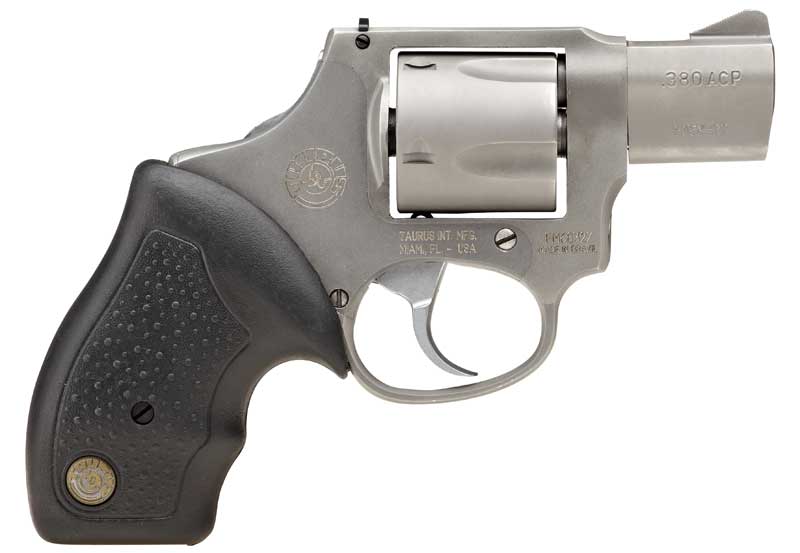 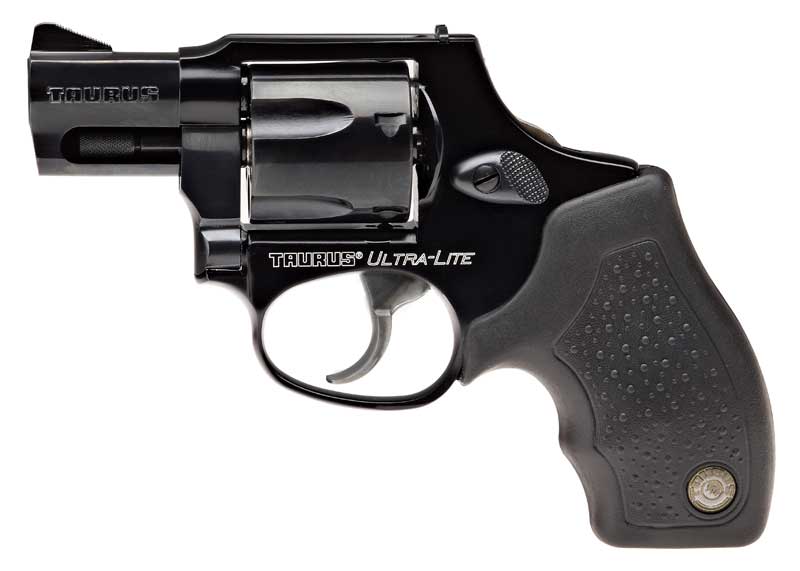 Maybe .380 won’t break the gun. I had a Taurus revolver in 9 mm – in the first range session the yoke retaining screw fell out before I got through a 50-round box of ammo. The second range session the transfer bar broke and locked up the action! The gun was sent back to the factory before firing 100 rounds – and they were told to keep it – my local dealer did the legwork and made good on my end.

My grandfather has had a Tuarus 82 he owned for decades and He still shoots it. I have no idea why you are implying they break. They are one of the toughest revolvers made. Maybe you just got ripped off.

I already own a hammerless .38 special five shot, 2 inch barrel Taurus. I am looking for a four inch barrel double action revolver (with an exposed hammer) in the .380 ACP caliber. I don’t want moon clips or anything like that. My peeps at Charter arms say that in the new year they are planning to manufacture what I want. My problem is this: I HAVE in the past bought three American made new handguns. Two semi’s and one revolver. All three had to be sent back to the Manufacturers. Two were Rugers and one was a Smith & Wesson. As a retired Machinist? My opinion is poor or no quality control. So I will await the new Charter Arms people to get the process going for my dream revolver. Good hearing from all of you. Taurus is a fine weapon. I love mine but the trigger pull is too heavy for my wife. Your shooting pal, Jim.

Yep, Charter Arms will introduce a .380 ACP Pitbull in 2019. The gun uses the same system their 9mm/.40/.45 revolvers use, but apparently will hold six rounds instead of five. I did not have a good experience with the Pitbull I shot previously (extraction was a pain.) What I’ve been told, it will have a 2.2″ barrel, so not what you are looking for. But, if Charter will make it with a 4″ barrel it might work for you. I’m in the process of updating my SHOT Show page with the information here: https://www.gunsholstersandgear.com/shot-show-2019/

For what its worth, I’ve had a relatively good experiences with modern Taurus, Charter Arms, Ruger and S&W revolvers. However, none of them shoot as smoothly as my older Smith & Wessons. Also, none of the new guns have particularly great finishes. Good? Yes – just not great.

I have a .380 UL Taurus revolver. I love mine. The ammo technology has came a long way since .380â€™s came out. They were good then but are definitely a good caliber for defense now. I carry Hornady critical defense rounds and have zero reservations about it being my primary.

Should be an alloy 8 shot.