INFORCE is making a weapon mounted flashlight that has a much sleeker look that many of the other options on the market.  The INFORCE WML design eliminates the need for tape switches and wires.  No wires or tape switches mean the decreased likelihood that something will get hung up on your rifle impairing your ability to deploy it.

The INFORCE light has an attachment system for mounting on any 1913 rail system (no tools needed), and the batteries can be replaced while the light is mounted.  Replacing the batteries while the unit is still mounted is a nice feature.

The activation switch is angled and has a safety lock-out lever to prevent accidental activation when you don’t want to be seen.  This is a really great feature for anyone carrying arms for defense of self or country.

The light throws 125 lumens of light and is said to have a “tight beam.”  A peak candela measurement is not given. Light modes include momentary and constant, strobe and a low power setting.  Run time is rated at two hours on a single 123A battery.

The INFORCE WML is rated as waterproof to 66 feet.  The INFORCE light can be had in black or desert tan colors.

A second INFORCE WML is available with a white light and 75mW infrared light.

Pricing for the standard WML is around $130 and about $160 for the IR versions.

Update:  BlackSheepWarrior.com ran a review of the InForce WML on their site.  Also, Brandon at Monderno reviewed the INFORCE WML.  Make sure you check both of those reviews out if you have an interest in this light. 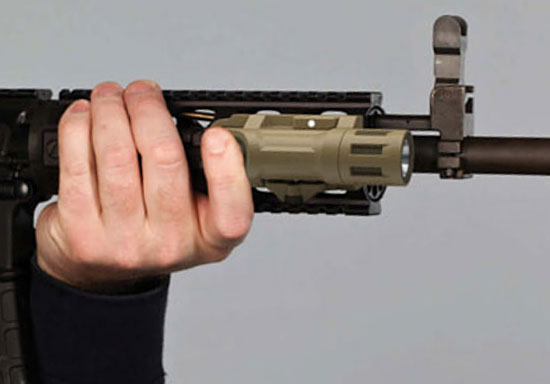 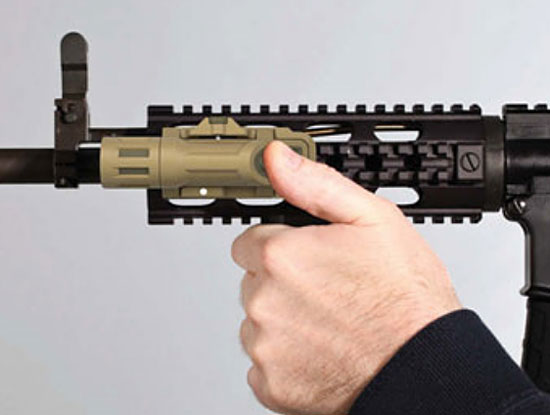