Last year Stag introduced the New Model 3, which upgraded the first Model 3 from a simple â€œoptics readyâ€ (top rail) carbine, to an optics ready and accessory ready carbine. Stag included a Diamondhead V-RS modular rail system handguard to accomplish that improvement, but what surprised many was that Stag did not increase the price of the carbine with the upgraded handguard (a $109 value). The new model 3 remained available for only $895. Those versions were gas-impingement rifles, but with the upgraded handguard and inexpensive price, the new Model 3 remains a popular option with AR shooters.

Now Stag goes further with the 3G to really create a unique rifle. The 3G takes full advantage by including a rifle length gas impingement system. By requiring the captured gas to travel the full length of the barrel, shooters should see less recoil and easier follow-up shots on target. In addition, the 3G comes with the following upgrades: 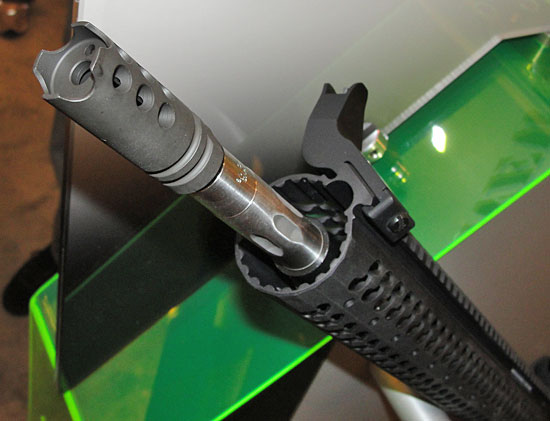 Stag claims that with the increased barrel length and 3G compensator â€œrecoil impulse is greatly reduced allowing for fast follow up shotsâ€. Including a modular handguard allows the shooter to personalize the accessories desired without being burdened with excess weight from traditional quad rails. The 3G will come standard with (2) 2â€ rails, and (1) 4â€ rail.

The Giessele (S3G) trigger was specifically designed for 3-gun competitions which require shooters to transition from long-range to short-range shooting at random intervals. Giessele has a great reputation for quality triggers, and the (S3G) has what Giessele calls a â€œhybrid pullâ€. This innovation is supposed to provide a combination of single and 2-stage trigger pulls that allow for both quick close range shots and more deliberate long range shots. Iâ€™ll admit, Iâ€™m not really sure how that is supposed to work. 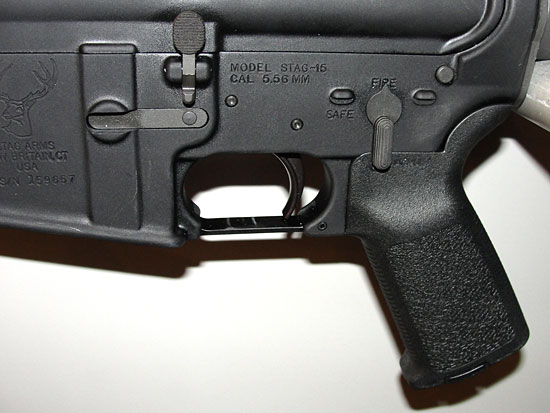 The Magpul ACS buttstock provides the shooter with a very comfortable cheek weld along with additional storage for optics batteries or other items. There is a .30â€Â rubber butt-plate that adds comfort and an anti-slip surface. The tubes on the right and left sides underneath the slanted cheek weld will each hold 2 AA batteries or 3 CR-123 batteries. These are water-resistant storage areas that can be accessed from the rear by removable tethered rubber plugs.

There is also a storage compartment in the tail of the stock, accessible from the right side. That storage area has a positive latching access door with low profile latch handle so it wonâ€™t accidentally open or get snagged on equipment. 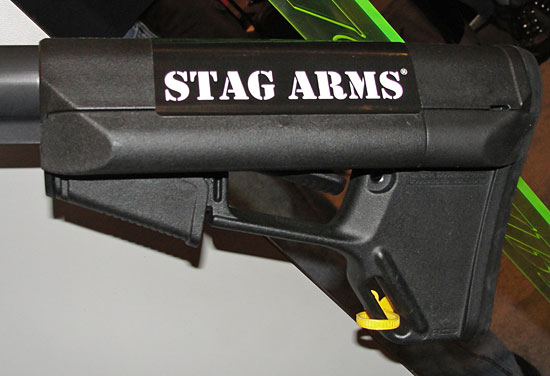 The ACS adjustable stock has a friction locking mechanism that will secure the stock in the desired position and eliminate wobbling and movement. I couldnâ€™t find information from Stag or Magpul about whether the ACS is a 5-point or 6-point stock.

As an option the Stag 3G can be outfitted with Dueck Defense Rapid Transition Sights (RTS). These iron sights are specifically designed to be placed offset of the traditional straight up top rail configuration. The concept allows 3-gun competitors to zero their optics for longer range shooting, and then quickly transition to the RTS iron sights for close range shots. 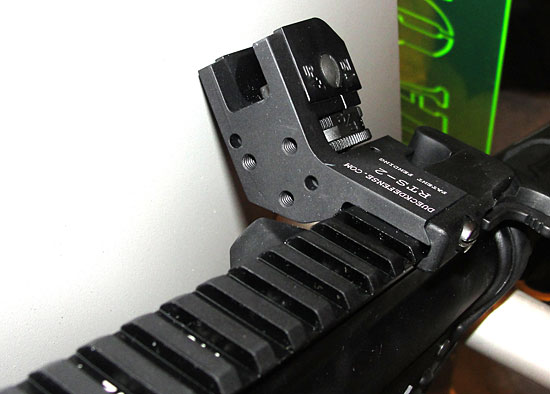 The RTS mount to the top rail but the sights are designed to be off set to the right or left (depending on right/left handed shooter configuration). These are fixed iron sights so the shooter is not required to manipulate their iron sights or look through their optic to use the iron sights. Instead, the RTS allow the shooter to cant the rifle slightly to the left or right (depending on right/left handed shooter configuration) and then use the RTS sights independent of the chosen optic.

This type of set up could definitely speed up sight transition shooting, but will require the shooter to adequately practice the canted shooting position. Shooters should realize that canting the rifle changes the point of impact (POI) that is realized from standard top-up sight placement. Close range shooting may not see a significant difference (especially on steel reactive targets), but anything beyond about 15 yards could see significant deviation. Practicing with the RTS should provide the shooter the confidence to use them for close range work. Most low power optics should be fine for close-in out to about 200 yards, so I would imagine that the RTS option would really only be necessary in the event of an optic failure. 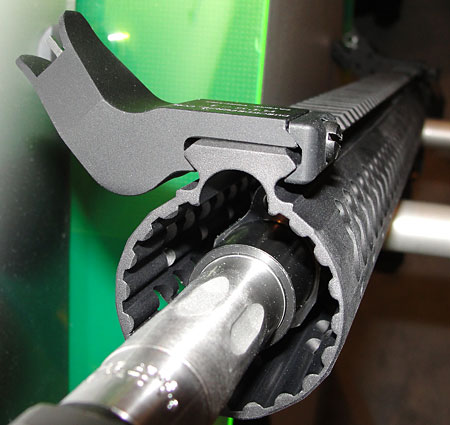 I have not had the opportunity to shoot the 3G, but I have read several good reviews on its accuracy and ease of shooting. Perhaps the few negatives about this rifle is that it comes standard with the gas impingement system versus the cleaner shooting gas piston system, and it only comes with (1) steel magazine, instead of one or more P-Mags or other polymer magazines.

The new Stag 3G is already available from dealers and has an MSRP of $1459 or the left-handed version for $1479.

I,m looking to buy a stag 3g so if you can help with one that is available that would be great
Sincerely Terry Sharp

is it possible to get a notice if a stag 3g arrives for purchase?