The Heizer DoubleTap is a two-shot .45 ACP pistol that was announced last year, and subsequently shown at the 2012 SHOT Show.  The DoubleTap is a very thin, lightweight gun designed for concealed carry.  As it is very flat, it could make an excellent pocket gun. 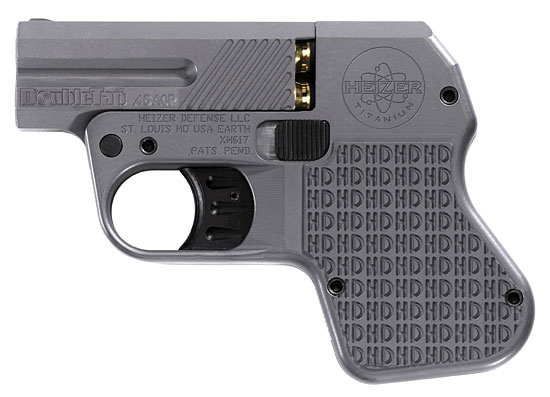 The new Heizer pistol is an all-metal gun that is fully machined.  The DoubleTap can be purchased with a titanium frame or with and aluminum frame.  The pistol weighs 14 ounces in titanium.  In the aluminum configuration, weight drops to 12 ounces.  Both versions are only 5/8″ thick.

The barrels are called “quick-changing” and allow the shooter to swap from the standard .45 ACP to a 9mm cartridge.  No tools are needed to switch barrels.  Barrels can also be had ported for reduced muzzle flip.

The trigger is double action only (DAO) with a “second-strike” capability.  While I have often wondered if the second-strike was a worthwhile feature, in a pistol with only two rounds and a slow reload, it is definitely a feature I would want to have.

The barrels are fired in sequence, meaning only one shot at a time.  “Giving them both barrels” requires two trigger pulls.  Trigger pull weight is said to be 10 pounds and “glass smooth.”

The hammer is concealed, giving it a hammerless appearance in the same way the Smith & Wesson Centennials are called hammerless.  Despite its outward appearance, the Heizer is definitely a hammer-fired handgun.

When working with a gun that only has two shots, reloading qucikly might be important.  When the DoubleTap is opened, the spent rounds are automatically ejected from the gun. This allows the shooter to immediately begin loading new rounds in the barrels. 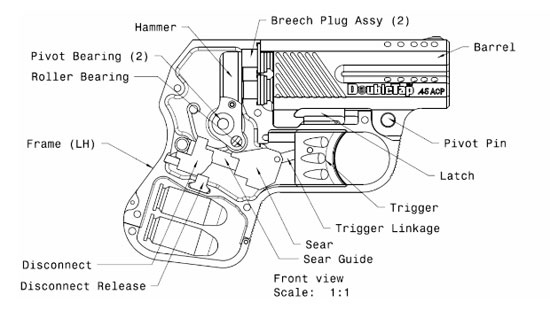 Two spare rounds can be stored in the frame of the gun on a speed strip, similar to the old Bianchi Speed Strips on which I’ve carried .38 Special rounds for my J-frame snubbie.  According to an associate who had time to work with the gun, the strips work, but are not nearly as fast as the marketing literature would suggest.  However fast or slow they may be, having the rounds available is at least something.

The Heizer DoubleTap pistol is made in the United States.  MSRP will start at $499 for the aluminum, non-ported version and go up to $799 for the titanium model with porting.  Caliber conversion kits will cost between $249 and $319. 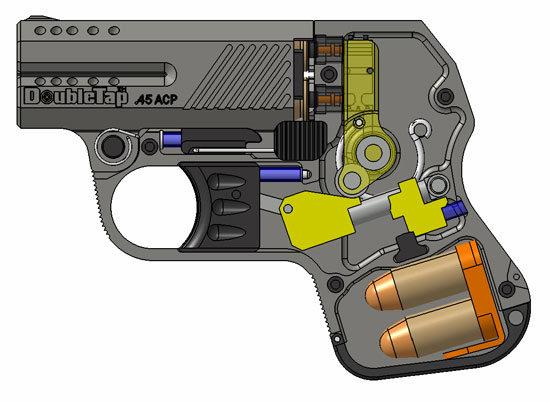 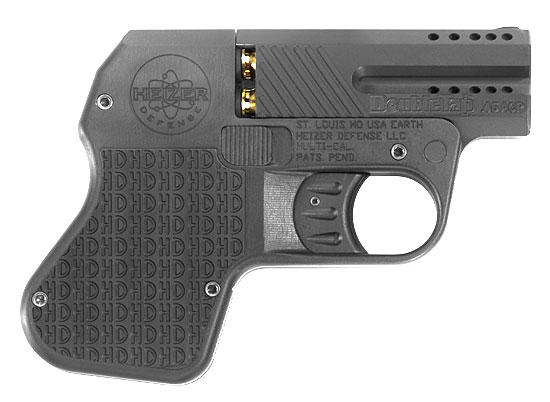 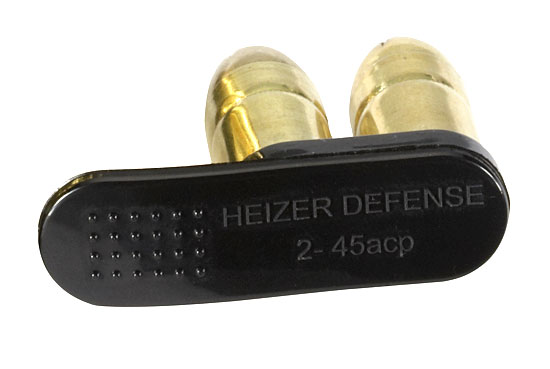 I’ve been shot in a robbery. It happens fast and there is one shot. If you pull this and shoot the closest guy, the other guys will run for their lives. It isn’t like movies.No fire fight. Btw, I was shot by 2 robbers. Long story but I lived. The guys ran off. Thieves are cowards and usually stupid.

I agree with Andy, remain calm and RETURN FIRE. I want to be able to take the garbage out after dark without the fear of an assault. A gang moved into the neighborhood, oh goody, I’ll bet the asphalt patch on the road has more brains. LOCK and LOAD!