In keeping with the 2012 SHOT Show trend, Iâ€™ll be looking at ArmaLiteâ€™s offering in the newer .300 BLK chambering. I got a chance to handle their new rifle at their booth, and I learned a few things along the way. Before getting into the details of the ArmaLite .300 BLK rifle, I thought it would be interesting to share a little history on the AR rifle platform that has become so popular.

ArmaLite was a subdivision of the Fairchild Engine & Airplane Corporation back in the 1950â€™s. The founder was Lockheed corporate counsel George Sullivan, and the companyâ€™s first rifle designs were meant to be â€œlightâ€ survival rifles for downed pilots.

The company initially was set up to sell small arms designs to other companies, not manufacture them, but early on Sullivan hired Eugene Stoner, a former WWII Marine, who had actually been building lighter rifle designs. That led to more than just design work. The companyâ€™s first rifle design, the AR-5, was a survival rifle chambered in .22 Hornet. The U.S. Air Force picked it up and renamed it the MA-1 Survival Rifle.

Stoner and ArmaLite also produced the prototypes of the AR-10 for military testing all the way back in the 1950â€˜s when the military was switching out the M1 Garand. Springfield Armory had a leg up on them, however, and the M14 became standard issue.

Interestingly, that engineering work by ArmaLite led to the development of the M16 and later M4 infantry rifles that have been standard issue for the U.S. and many other nationsâ€™ armed forces for decades. Again, it was the U.S. Air Force, and not ground forces, that were seeking a lighter rifle chambered in .223/5.56mm. ArmaLite reduced the dimensions of their AR-10 rifle to finally produce the AR-15. ArmaLite was not capable of mass-producing either rifle, however, and sold the manufacturing rights for the AR-10 and the AR-15 to Colt. The â€œARâ€ designation comes from ArmaLite. 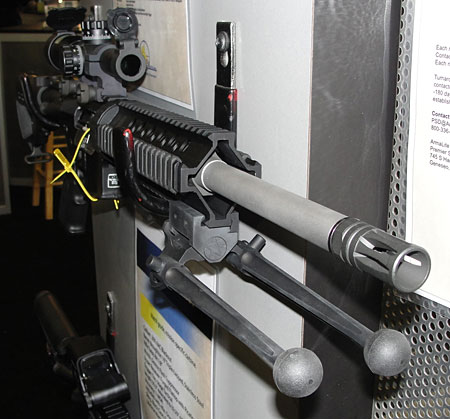 By the 1970â€™s ArmaLite had completely stopped making rifles, and ceased operations in 1983. Most of the equipment and tooling went to the new owner in the Philippines, but some designs were bought by former employees. Not until 1996, when the ArmaLite brand name was sold to Mark Westrom, a former Army Ordnance officer, did the company bring back itâ€™s famous rifle designs. Not only did the founder of the AR-15 get back in business, but they also have added some handgun offerings as well.

Now based out of Geneseo, Illinois ArmaLite looks to make its mark on the rifle industry a permanent one this go around. Not too far down the road, and also in Geneseo is the Springfield Armory group. That company, incorporated in 1974, bought the rights to the name of one of Americaâ€™s first weapons manufacturers that was open from 1777-1968. I wonder if we might see some collaborative efforts from the neighbors in the future? One could only hope!

Recognizing a hot new trend in AR-platform rifles, ArmaLite has joined in the companies offering a rifle chambered in .300 AAC BLK. True to their history of fine weapons designs, the ArmaLite .300 BLK rifle has several nice features that should make it stand out in an ever-increasing market. Here are some of those key features: 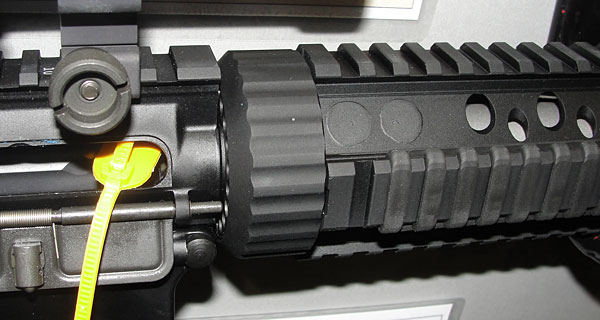 In addition to the limited lifetime warranty and nice features above, the ArmaLite 300 AAC BLK rifle will come with these accessories as well: 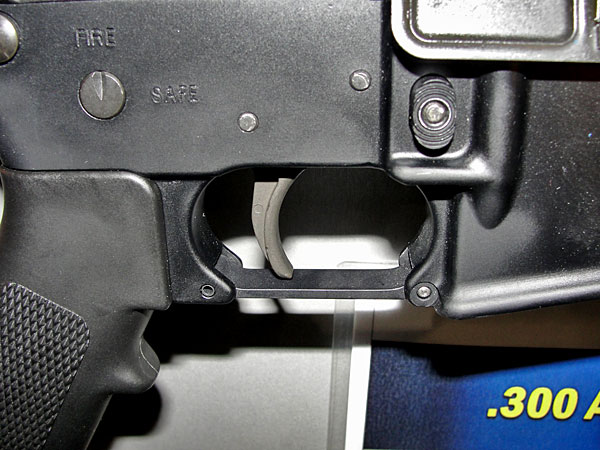 Speaking of accuracy, ArmaLite guarantees their .300 AAC BLK rifle to be 1 MOA or better out of the box. And rightfully so, using Broughton barrels. Broughton uses 416R Stainless steel that are â€œpulled button-rifledâ€. What that means is that a â€œbuttonâ€ tool, with exact measurements, is pulled through the barrel to make the lands and grooves all at one time. That way the lands and grooves should be as uniform in dimension as possible, rather than other techniques that make the grooves one at a time and can, therefore, be more susceptible to error.

According to Broughton, those barrels are then double stressed relieved at the mill and triple stress relieved in the shop. The barrels are then triple hand-lapped for uniform land and groove diameters from breech to muzzle (to 0.0001â€). The interior of the barrels is honed and polished by hand. 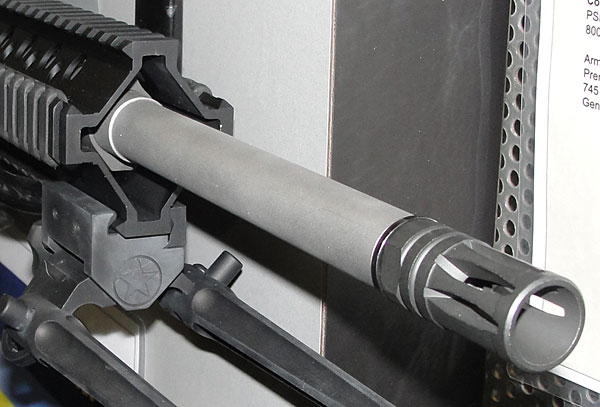 In addition, the ArmaLite .300 AAC BLK rifles will have the Broughton trademark â€œ5Câ€ (canted) rifling barrels, that are supposed to shoot cleaner, with more velocity, while providing longer barrel life, and less bolt/breech pressure. The 5C barrels are non-chromed, stainless steel bores. Although chromed barrels are still a viable option especially for easier bore maintenance, from what Iâ€™ve read, the non-chromed barrels actually shoot better than chromed barrels. This is due to the natural inconsistencies in lining depth that occur when chrome is added to the bore after rifling. With the natural rifling coming into contact with the bullet, and the extremely tight tolerances for the lands and grooves (to 0.0001â€), these Broughton 5C barrels should perform exceptionally well.

So far the ArmaLite .300 AAC BLK rifle is being handled by the companyâ€™s Premier Services Division and will be built to customer specifications more like a custom shop, rather than a mass-produced product. Talking with Mario, from the Premier Services Division, ArmaLite only buys 5 barrels at a time for the .300 AAC BLK, so they can spend the extra time in personalizing the rifle and ensuring that it meets the highest standards. This particular ArmaLite rifle will not be massed produced, which is good news for serious shooters.

Mario told me that ArmaLite plans to have the .300 AAC BLK rifles available for a custom order by April 2012.

One reply on “ArmaLite 300 BLK Rifle”

I talked with the Arma-Lite guys at the NRA Show in St. Louis. They told me that the .300 BLK rifle is currently available for special order through their Premier Services Division.