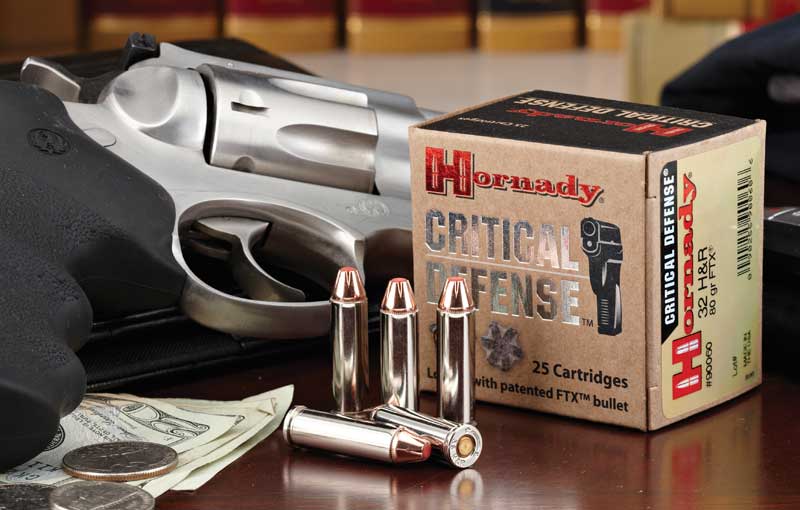 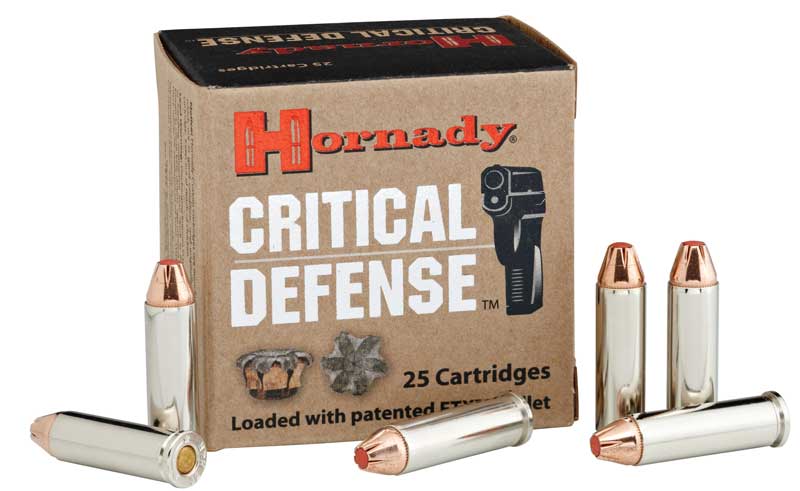 Like other loads in the Critical Defense line, these use low flash powder to minimize the blinding effect when shooting in low light. Â Cases are nickel-plated.

Revolvers chambered for the.32 H&R Magnum are not as common as they once were. Â But, they still are carried by people. Â Hornady has really gone after some of the less-popular calibers in the Critical Defense line, where there is a lack of quality self defense ammo. Â For example, this year the company introduced a .32 NAA load and last year Hornady rolled out a version for the 9mm Makarov.

It will be interesting to see how many niche calibers Hornady might touch with this line. Â For example, would they do a 7.62×25 or .45 GAP?

Also, I wish Ruger would chamber the LCR for the .327. Tamer recoil and higher round count, it could really popularize the new cartridge, it’s a win-win situation.

I could swear that, when the LCR first came out, someone from Ruger went on Tom Gresham’s Gun Talk radio show and said it couldn’t handle the high pressure of the .327 Magnum or the .357 Magnum.