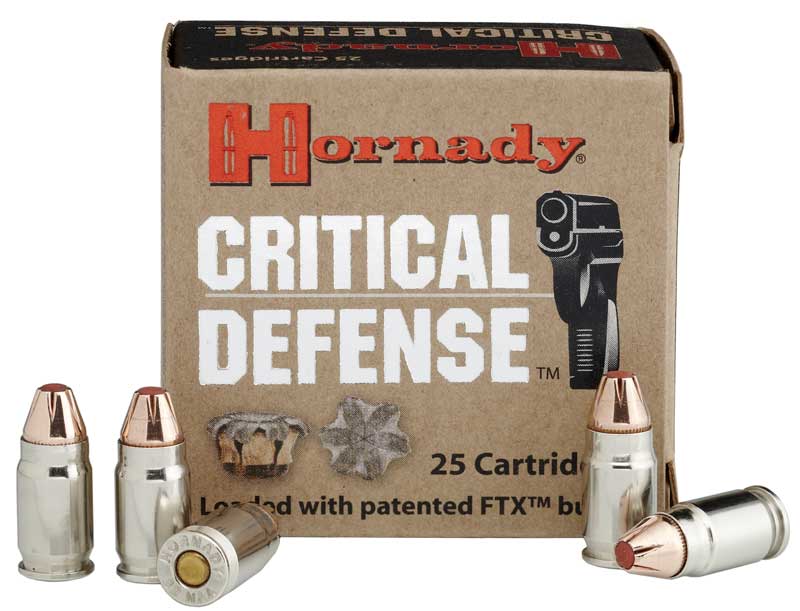 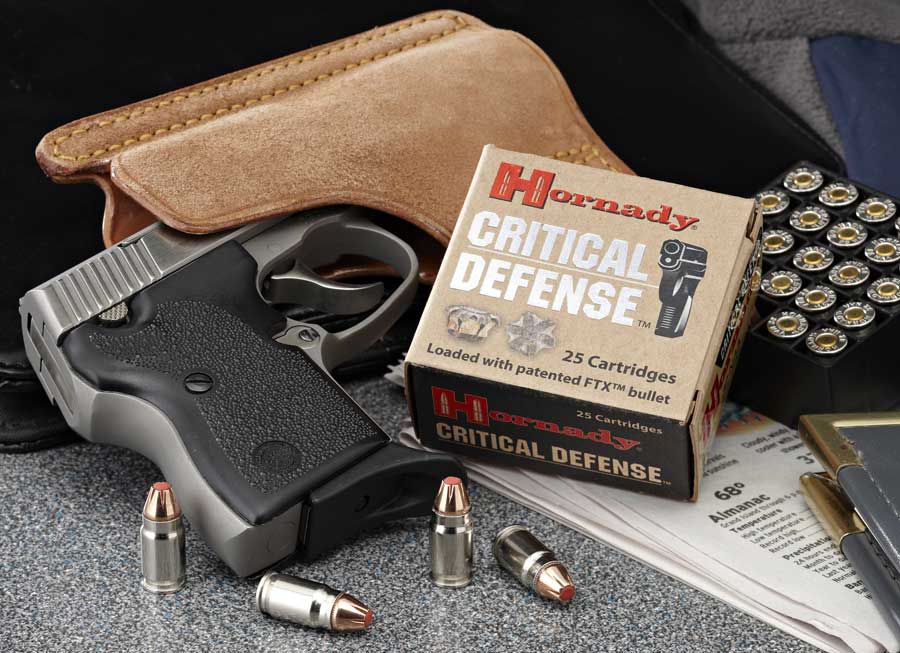 The Hornady Critical Defense offers a significant bullet weight increase when compared to the Corbon offerings. Â This suggests that the Hornady load will penetrate deeper than either of those loads. Â Adequate penetration is a valid concern when talking about lightweight, low-powered rounds.

Hornady has not published any penetration test information on this load, but I know previous testing showed the 60 grain Corbon load going to about 9″ in gel. Â I would expect that the Hornady load would go a touch deeper, yet still provide good expansion. As a side note, I believe NAA is the only company currently making guns chambered for the .32 NAA cartridge. However, I do know that several conversion barrels do exist, including one from Diamondback for their DB380 pistols. Â Previously, companies have made conversion barrels for the Makarov and Ruger LCP pistols, but I do not believe they are made any more.

These new Critical Defense .32 NAA rounds were being shown for the first time at the 2012 NASGW in Orlando, FL. Â The cartridges should start shipping in early 2013.

[…] there is a lack of quality self defense ammo. Â For example, this year the company introduced a .32 NAA load and last year Hornady rolled out a version for the 9mm […]