Back in 2018, Blackwater Ammunition and its parent company, Precision Ballistic Manufacturing (PBM), introduced a new case technology that used a two-piece design. According to the company, the pieces were machined from solid metal. This is different than standard brass manufacturing that starts with a small “doughnut” of brass that is drawn (stretched) multiple times.

I’m old enough to recall the debates of .357 Magnum vs. .45 ACP in the gun magazines. Those arguments came before the rise of the Wonder 9 pistols of the mid to late 1980s.

Once semi-automatic pistols became the norm at police departments and with shooting enthusiasts, I witnessed the arguments of 9mm vs. .40 S&W (and skirmishes over the .357 SIG, 10mm, .400 Corbon and others.)

I thought that shooters got the ill-informed bickering out of their system during those decades and people were off to settle more important issues. Issues like what is the best technique to add an electric fan to your holster or what style of Realtree matches which caliber.

I’m afraid I was wrong.

Recently, Springfield Armory announced a Mod.2 version of the XD-S pistol. Like the original XD-S, Springfield Armory introduced the first guns in .45 ACP. I would expect the company will follow its existing pattern of introducing the follow up gun in 9mm.

It seems that the choice to introduce the gun first in .45 caused some small dust up in social media. At about the same time, competition shooter Rob Leatham, a Springfield Armory representative, put out a video about his preference for the .45 ACP.

In Leathamâ€™s video, he talks about the .45 ACP being â€œmore powerfulâ€ than the 9mm. He seems to imply that because the .45 ACP cartridge tends to have more momentum than the 9mm, that it is a better choice for self-defense. Leatham could have demonstrated this with a paper shooting target but opted instead to knock down some steel targets to better illustrate his point. (Ed. note: Leatham’s original video appears to have been taken down.)

In the video, he specifically mentions trainer and author Rob Pincus. Pincus holds aÂ  preference for the 9mm cartridge as a self-defense round.

In response, Pincus posted a bit of a tongue in cheek article that offers evidence to the 9mm cartridge’s usefulness in actual self defense encounters. You can read that article here.

I should note that Leatham and Pincus have worked together in the past, and I believe they are friends. I have no reason to believe there is any animosity between them.

I have a great deal of respect for both Leatham and Pincus. Both have accomplished a great deal in their respective careers. In this video they talk about the calibers and “controversy” here:

Leatham is an accomplished competition shooter. However, in the original video – which has been removed – Leatham appears to make an argument that the .45 offers better “stopping power” than the 9mm based on the concept of momentum. I haven’t heard a serious argument made for momentum being an indicator of load effectiveness against an attacker since the early 90s. I was a bit stunned by his emphatic assertion that momentum as being something of significant note.

However, Leatham appears to suggest in the above video that he wasn’t making any references to the effectiveness of the cartridges in stopping a violent attacker. He said the video was made while he was in his “annoyed mood” and that he might have “snapped” during a conversation off camera about the differences in the two cartridges. Leatham even admits that he was being a “smart ass” with his comment about 9mm being adequate for people that can’t handle .45 ACP.

People rarely make good decisions when they are angry, and the original video may be an example of that.

During the last 30 years, we’ve seen significant advances in both bullet technology and lab testing of defensive loads. Additionally, emergency medical personnel have been interviewed and surveyed to get their insight into the effectiveness of various bullet wounds.

By and large, what is most likely to stop a violent attacker is multiple gunshot wounds delivered quickly into vital areas. That could be from a 9mm, .38 Special, .45 ACP or virtually anything else that can penetrate deeply enough to cause massive bleeding by hitting the heart, lungs or other areas. Barring a hit to the central nervous system (brain and spine), rapid blood loss is what will shut down an attacker.

A quality 9mm hollow point will do the job as effectively as a quality .45 ACP round. Some might argue that extra width gives the .45 a slight advantage in wounding capacity, while others will say that the decreased recoil of the 9mm allows for more rounds to be delivered into the attacker.

My opinion: both will get the job done. Carry what you like and treat everyone’s opinion with a healthy degree of skepticism. 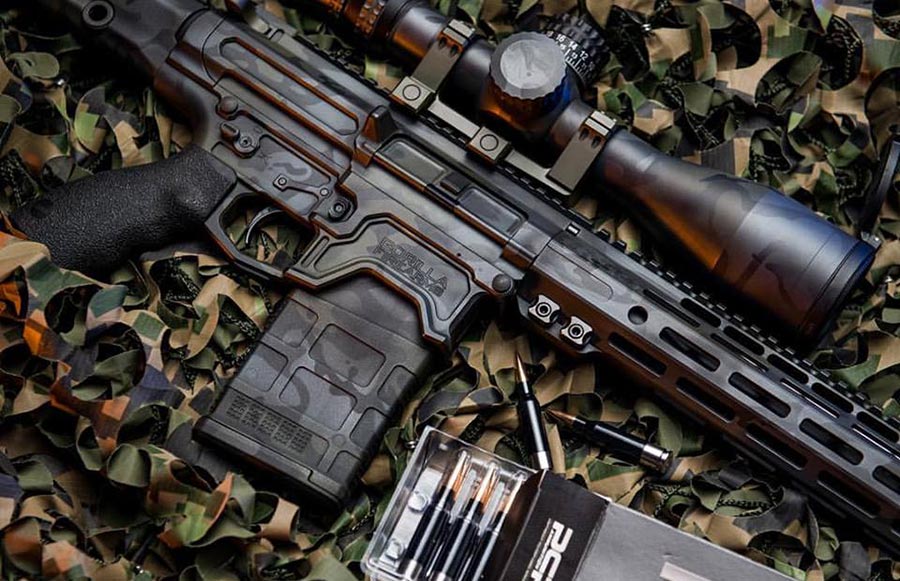 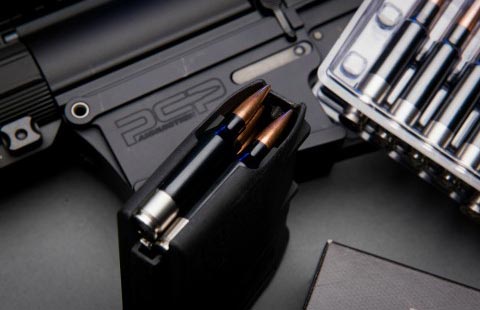 MEC is well known for its high quality shot shell reloading equipment, but has not really attacked the metallic reloading market. That seems to have changed.

Standard 7/8-14 threaded dies are used in this press, and it should be compatible with any of the dies currently being made by Lee, Hornady and others.

Right now the pistol and rifle loading market is represented by several quality manufacturers including Hornady, RCBS, Lyman, Dillon and Lee. (Note: You should definitely read the book Modern Reloading by Richard Lee.) MEC is already established in the shotshell market, so it will be interesting to see if the company can gain a foothold with metallic loaders. Competition is good for us consumers, so I hope MEC does well.