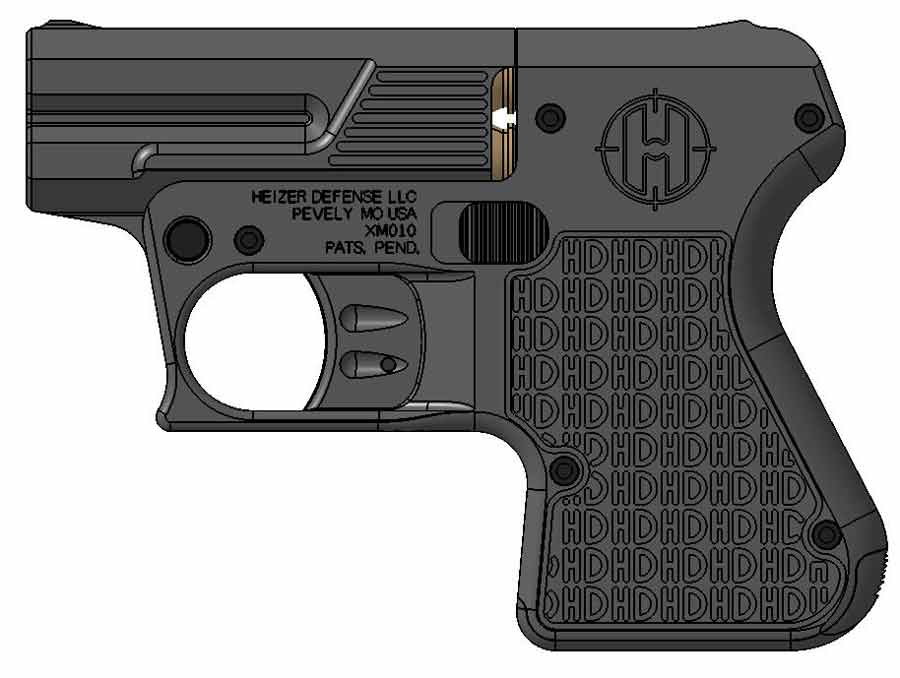 At the 2012 NASGW Expo, Heizer Defense was spreading the word that they would be introducing a small pistol in the near future. Â Jim Bruchas, the director of sales for Heizer Defense, suggested the new gun would be very similar to the DoubleTap pistol they had been contracted to produce for DoubleTap Defense before that relationship soured.

As you can see, the new Heizer handgun bears a striking resemblance to the DoubleTap pistol. Â Frankly, other than a few minor cosmetic blemishes, I cannot see much of a difference.

At the NASGW Expo, Bruchas told me that the DoubleTap pistol was uncomfortable to shoot, and that an ergonomic change would be made to improve the handling and reduce felt recoil. Â Presumably, aÂ changeÂ in the Â backstrap area of the gun might accomplish this. Â From the images, it is hard to tell if any significant modification was made. 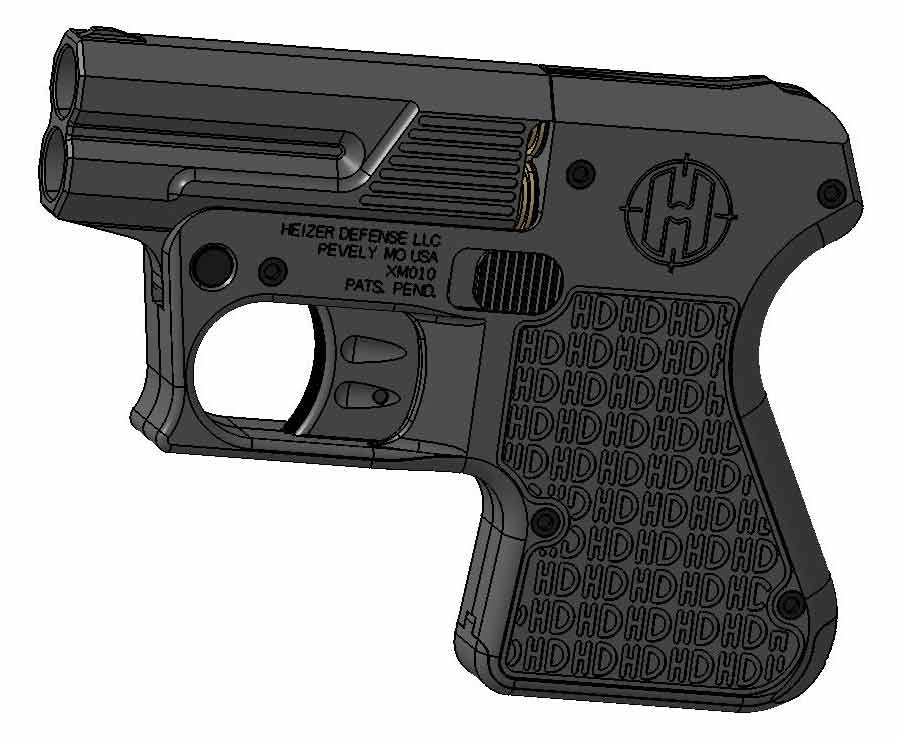 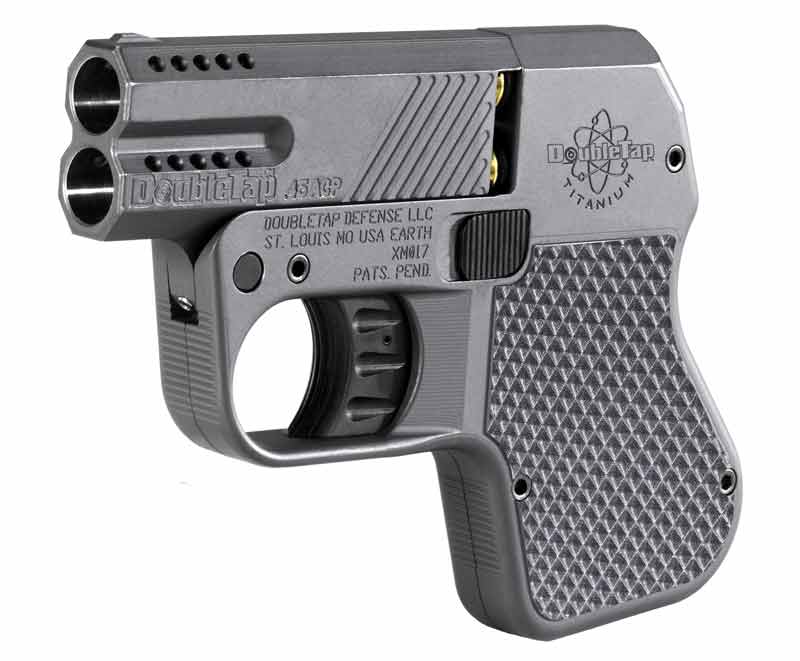 Can you see any significant differences?

It’s fine. Needs barrel porting of course. Will it be offered in a .40 S&W?

Presumably, the Heizer Defense pistol would be offered in .40 S&W at some point. The original DoubleTap design is chambered for .45 ACP. I’ll have some more information and production photos of the DoubleTap Defense pistol shortly.

What if the barrel were titanium, could it be made thinner then?

If the drawing is accurate, the HD sits about 1/2 inch lower in the hand which should reduce muzzle whip and the front strap is more vertical for a better hand grip.