With a focus on accuracy, Winchester Ammunition announced the introduction of the new Varmint X cartridge line. Â The new ammo will be offered in four different calibers for a total of five loads. Â See below for the exact details on each load.

The number of varmint hunters has rapidly increased in the recent past. Â According to Winchester, this segment of the market has doubled in the past decade. Â Understandably, ammo companies are moving to meet the specific needs of these hunters.

The Varmint X line use polymer tipped bullets. Â The polymer tip improves the bullet’s ballistics and ensures good expansion on impact. Â Other companies, such as Hornady, have used bullets with a polymer tip to great success.

Generally, varmint hunters use a high-velocity, small caliber cartridge, such as the .223. Â I have several friends who have built specialty AR-style rifles with the express purpose of long-range varmint hunting in the western US. Â The new Winchester Varmint X line features two .223 cartridges (one with a 40-grain bullet, and one with a 55-grain bullet.)

The new ammo is scheduled to be released in January 2013. Â It will be sold in boxes of 20 and cases of 200. Â Pricing has not yet been announced, but it will likely be in the range of other hunting ammunition from Winchester. 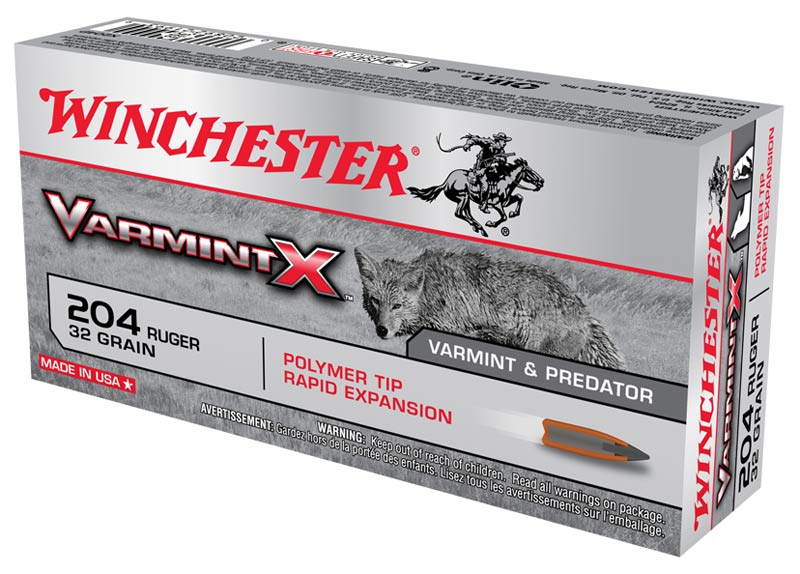