And so it begins…

As you read this, I am either sitting in an airport, flying in a plane, or riding in a taxi – all in an effort to get to the 2013 SHOT Show in Las Vegas. Â During the coming week, the guys at GunsHolstersAndGear will be with me as we hit the range and prowl the aisles of the show floor. Â We will be looking for all of the new guns and bits of kit that companies will introduce this year.

The SHOT Show can be a lot of fun, but 2013 is a little different. Â The country stands at a crossroads. Â One way leads to confiscation of all firearms, and the very real loss of freedom that inevitably will follow. Â Down the other road, the restoration of our country through the peaceful assertion of our authority over the government.

Undoubtably, I expect to hear many people express concern for our industry and country in Vegas. Â The good news is we know what we fight for, and that we are made up of honorable men and women is the rule, not the exception.

So, yes, this week we will post all sorts of photos and videos of new guns and gear here on the site. Â I sincerely hope we bring you information that you enjoy, and that you will stick around well after the SHOT Show.

But, I also hope that this week steels the resolve of shooters throughout the United States: Â hunters, competitors, and people who keep guns to defend themselves. Â Now is not the time to split. Â Enjoy the SHOT Show coverage, but keep in mind Benjamin Franklin’s political statement: Â Join or Die. 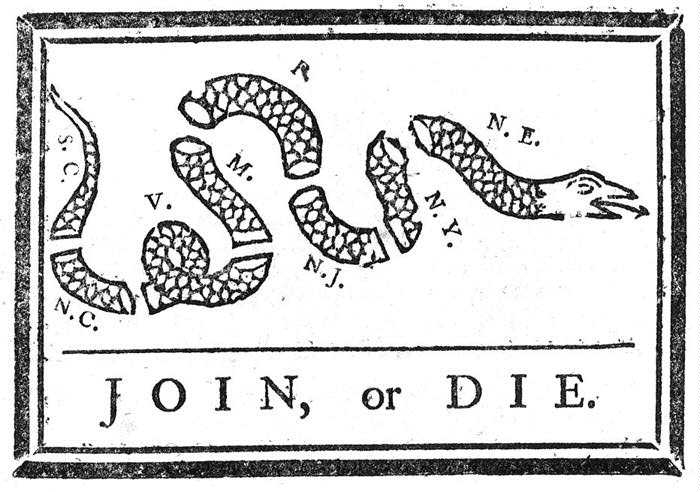