While at Media Day, I got a chance to see the Comp-Tac Trojan Horse, which is a discreet way to carry a rifle or carbine. Â The case looks more like an over-sized tennisÂ racquet case than it does a rifle bag. Â This allows someone to legally carry a gun into places in a manner that will not draw attention. 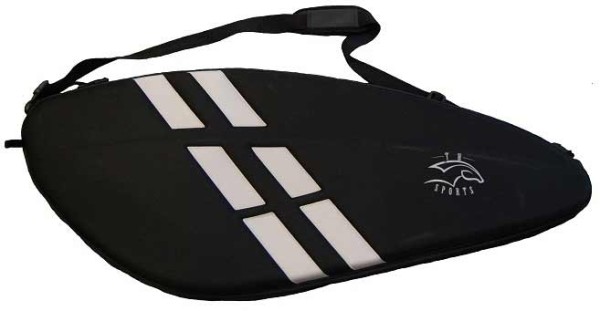 Gordon Carrell, the general manager for Comp-Tac, gave me a demonstration of the Trojan Horse, and convinced me that this case is a well designed product that will please most shooters who are in the market for such a tool. Â The Â case is not flimsy, and appears it will stand up to many years of service, even fromÂ neanderthalsÂ like me. 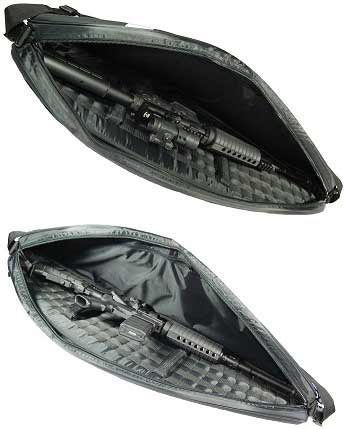 Carrell said he likes the case because it allows him to carry his rifles into his hotel room from the parking lot in a discreet manner that doesn’t alert everyone that a valuable gun is in his room. Â Carrell also told me that many of his customers are in law enforcement, and they use the bag in their cars to keep the gun handy, but not obvious to the casual observer.

The Trojan Horse is $100, which is a reasonable price for what you get. Â Compared to some other products I have seen on the SHOT Show floor, it is a downright bargain. 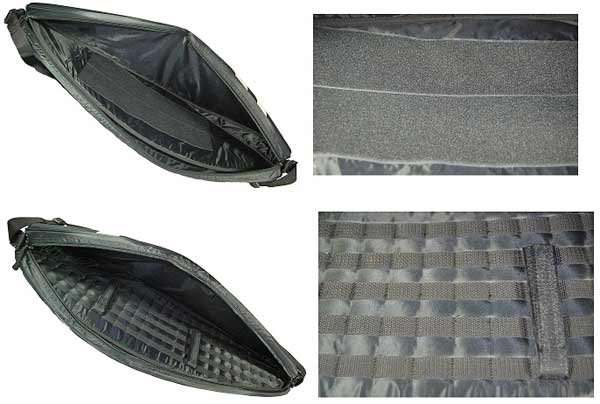