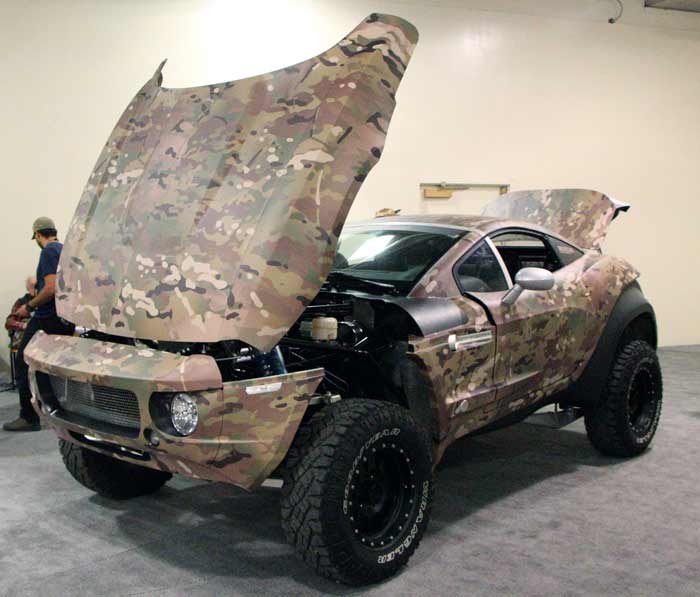 The MultiCam Rally Fighter is but one of the cool vehicles frequently seen at the SHOT Show.  This purpose-built machine was prominently displayed on the ground floor of the convention center, and drew quite a bit of interest from people wandering by.

The Rally Fighter is built by a company called Local Motors.  I spoke with Giovani Urrutia, a representative of the company, who explained much of the car to me. 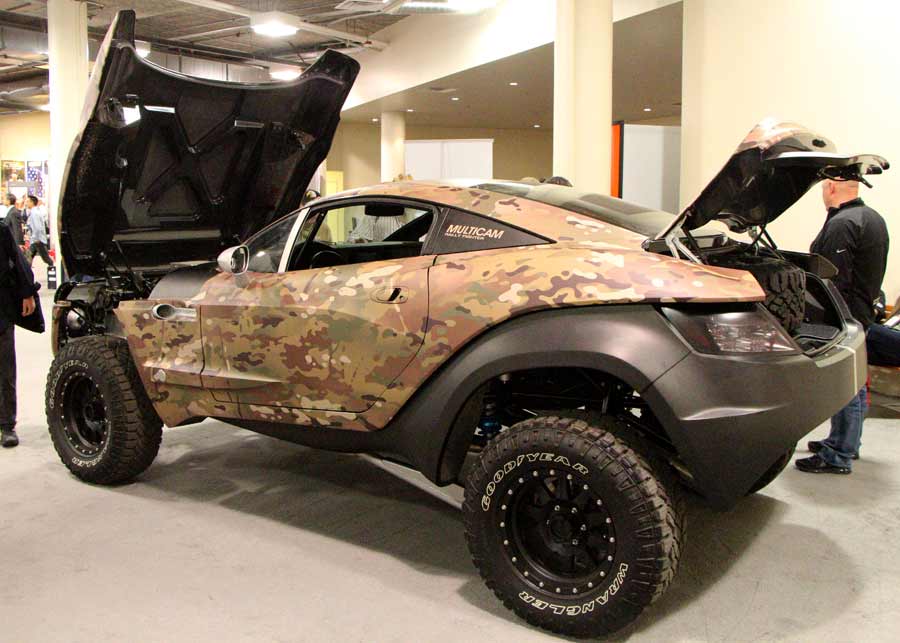 Local Motors is a company building rally cars in Arizona.  However, the company wants to expand to have a factory in many regions around the country, each building a vehicle specific to the needs of that area.  For example, a congested city like New York might build a compact car, while a factory located near Houston might opt for a truck or other work vehicle.

The MultiCam Rally Fighter is a fully functioning vehicle, and about 50 of the Rally Fighters are already on the road (perhaps “off the road” is a better description.)  There are about ten in production and a total of 2000 are expected to be made.  Owners of the car have to invest their time into actually building the car, not unlike the Habitat for Humanity model. 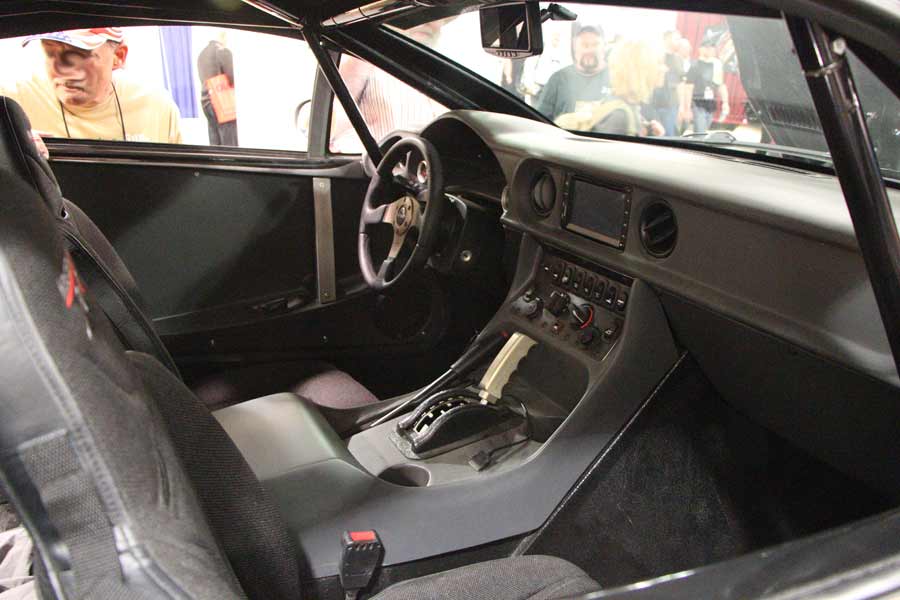 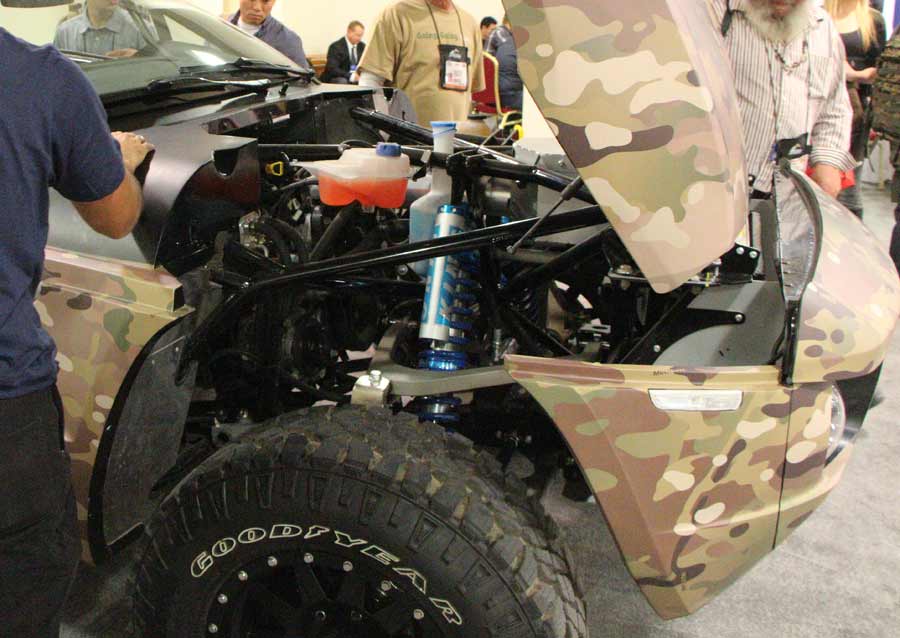 Instead of using paint, each Rally Fighter is vinyl wrapped.  According to Local Motors, this saves 12 pounds off the weight of the car.  Additionally, the wrap allows for a greater degree of detail with custom graphics.

The Rally Fighter cars are 50-state emissions legal, and the price includes driver training.  MSRP is $99,900. 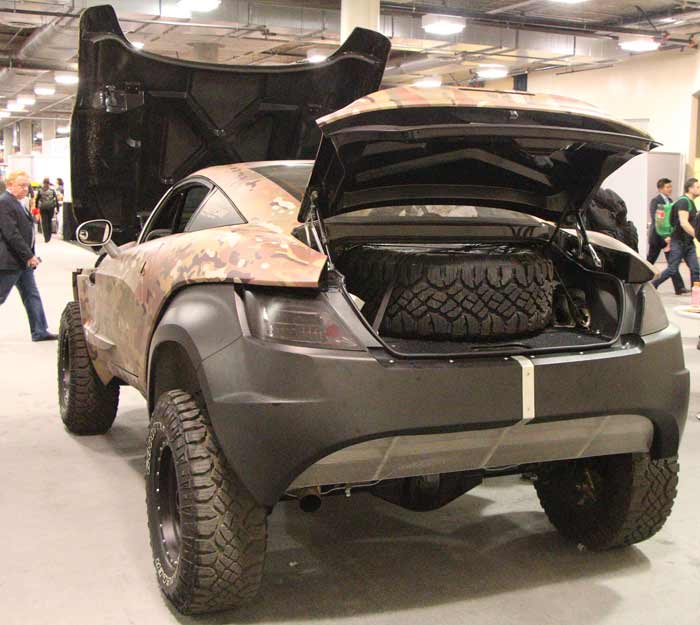 The MultiCam Rally Fighter looks amazing, and would be a blast to get off road with.  If you are interested in the vehicle, check out their web page or the main Local Motors site. 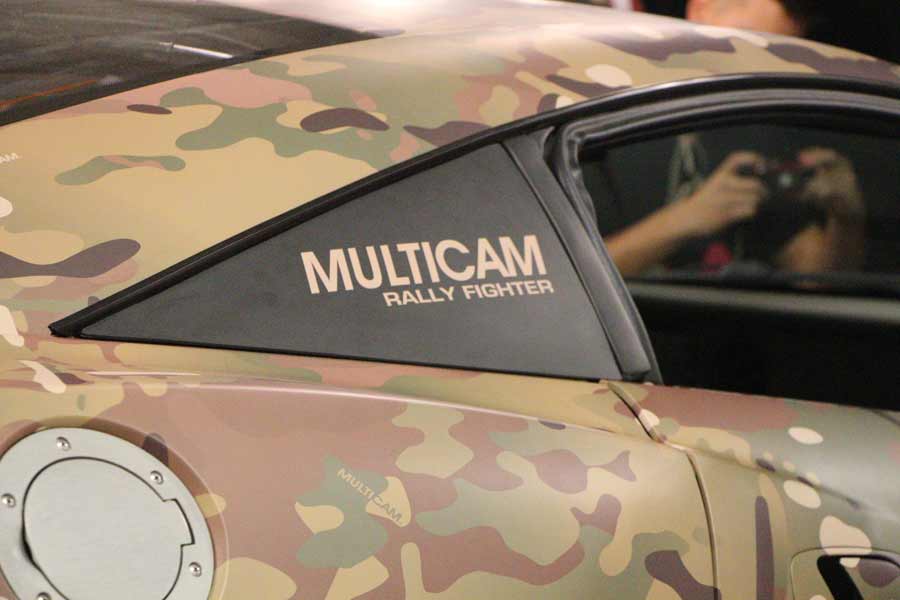 3 replies on “MultiCam Rally Fighter at the SHOT Show”

I saw one of these (not in MultiCam) at another event in Arizona. They look like they will haul ass over any kind of surface. But for $100k, I think I’d rather get a top end 4×4 and pocket the extra $50k.

You realize most 4×4’s can’t keep up with this right?

Love the concept! Especially having to put time in on the build and manufacturers in multiple locations with different focuses. Very cool. Maybe something mere mortals can afford are in this company’s future?