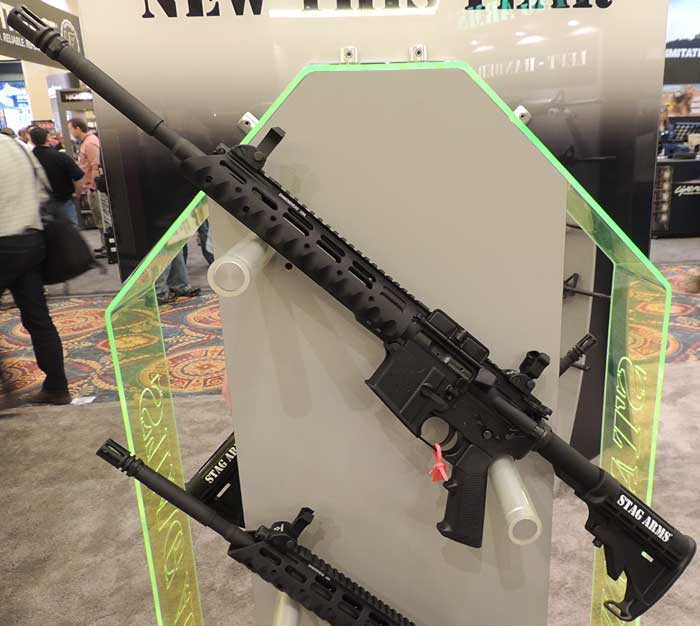 Nothing earth-shattering from Stag at this year’s SHOT Show, but they did have the new Stag Model 8T – Tactical Piston Carbine.  Alright, before you get too excited, this is a Model 8 with the addition of the modular free-floating VRS-T hand guard.  Yep, that’s it!

Before I get too negative with Stag I have to admit that this is a pretty nice hand guard.  The VRS-T takes on a triangular shape with the base wider than the top.  This handguard is made by Diamondhead.  It mimics the original AR-15/M-16 hand guard in a way, but the VRS-T goes way beyond that.  The VRS-T is a modular hand guard that allows you to deck out your AR-15 to your wildest dreams.  Just add some rail sections to the pre-drilled holes and you’re ready to go tacti-cool!  Stag even offers VRS-T rail sections (3” for $15, and 6” for $22).

In addition, the VRS-T has angled cuts on the bottom portion of the hand guard that allow the support hand to take up a very natural grip on the rifle.  The VRS-T is made from aluminum, but is also smaller in dimension than many other hand guards.  Phil White at The Firearm Blog picked up on the fact that the VRS-T has a proprietary barrel nut.  The VRS-T is bolted to the barrel nut by (2) bolts on the bottom side of the hand guard.  Although not a big release, this new addition is a very nice one at that. 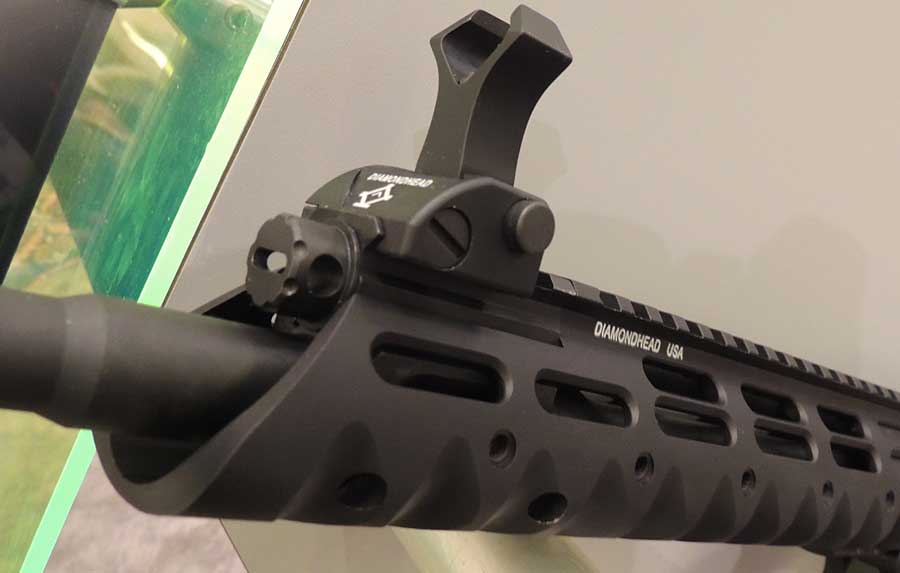 And I was reminded by their brochure that it has only been 10 short years (in May, 2013) that Stag came into the wonderful world of AR-15’s.  So I give a well due congratulations to a company that has produced some great rifles that the every day man can still afford (or used to).

In case you didn’t know the Model 8 specs, here they are:

Oviously that is the MSRP, and in this market you might look as high as twice those numbers – if you can find them at all.  However, if the market hadn’t gone thermonuclear over the last few months, I think that’s a pretty reasonable price for a piston-operated AR-15.  Expect availability delays for the better part of a year.

I’ll put it out there for transparency that I own a Stag Model 8, and have come to really appreciate how well this rifle is made.  It has been said before, by people far more knowing than I, but “don’t let the baseline pricing fool ya”.  When you have a company that stamps its rifles with a huge antlered buck’s head, you can’t go too wrong!