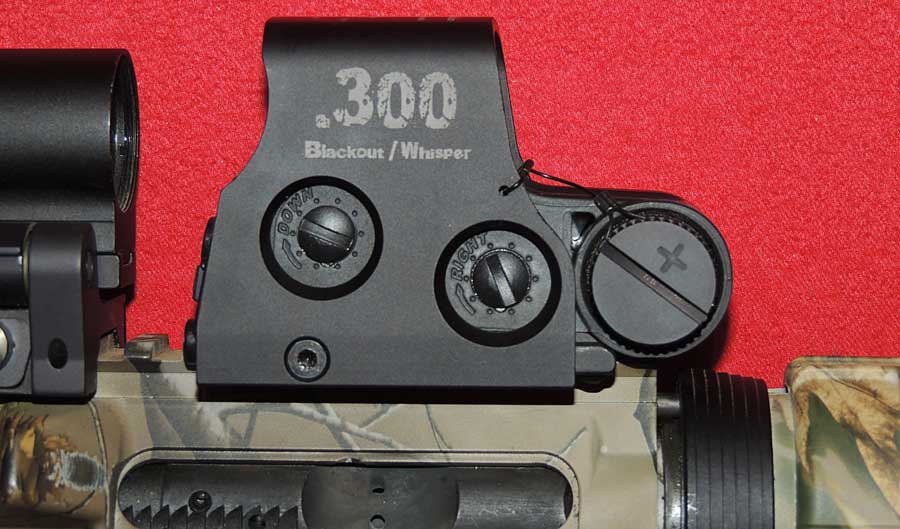 The cause is likely attributed to the jarring effect during shooting.Â  With the batteries running parallel with the barrel, the full force of each shot is jostling the batteries forward and backward in the housing with every recoil.Â  If there is any play at all with the battery connection, the sight can shut off during shooting.Â  That situation can run from frustrating on the range, to a critical failure in a life-or-death shooting scenario.

This situation does not occur with all parallel battery sights, or obviously that design would not be on the market.Â  However, I do know of an EOTech 516 that had to be returned to L3 for this very reason.Â  The sight was mounted to an AR-15 shooting training .223 caliber ammunition.Â  It was during a training exercise where multiple shots and targets were being engaged.Â  The problem may have simply been a loose tension bar, but it appeared that the battery housing was closed tight. 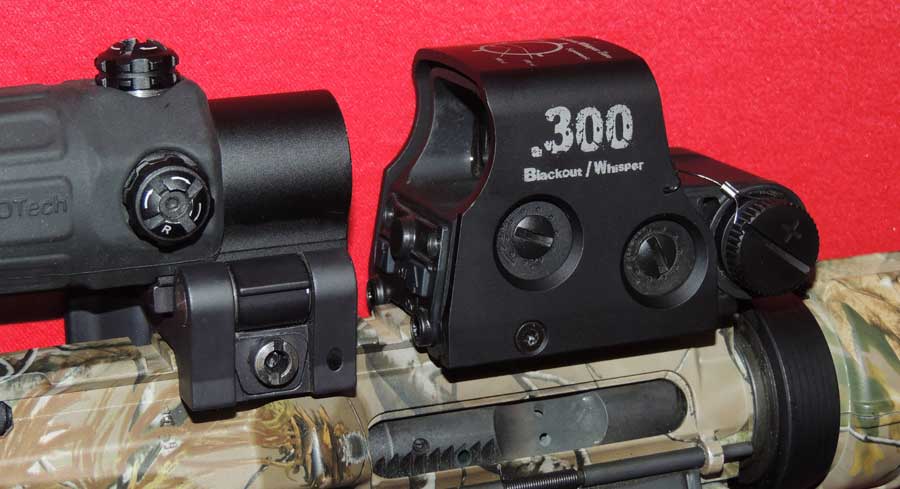 L3 was more than helpful in that situation, and in no time the sight was back and in running condition.Â  The XPS2 platform should eliminate even the concern of that situation occurring.

The 300 Blackout/Whisper offers a 2-dot ballistic drop reticle.Â  This is similar to higher end hunting scopes that have mil-dot or hash marks so shooters can shoot at multiple known distances with a specific zero – often a 100 yard zero.Â  To accomplish this the ballistic calculation has already been completed by the sight manufacturer.Â  The other dots on the sight allow the shooter to simply move to a different dot and fire accurately without any manual adjustments of the sight. 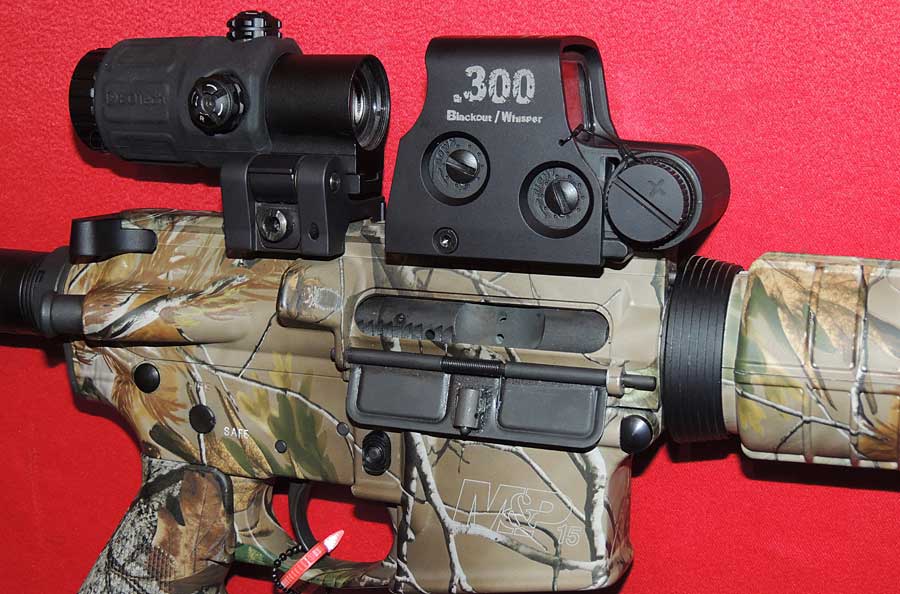 For the red dot community I see that as a great improvement.Â  Granted, most holographic sight shooters have that sighting system for up-close-and-personal work, but for those who may see a use for longer range shooting, this sight can fill that void.Â  I see it as a great advantage to hunters using the .300 BLK or similar cartridge through an AR-15 platform.Â  The guessing of zero is eliminated for the variety of practical ranges of the .300 BLK shooters.

L3 has gone a step further to assist the shooters of this new sight.Â  Using laser etching, the EOTech 300 has the zero for subsonic and supersonic rounds right on the top of the hood for easy reference.Â  Using the same sight picture, the known zeroes for each round are clearly marked. 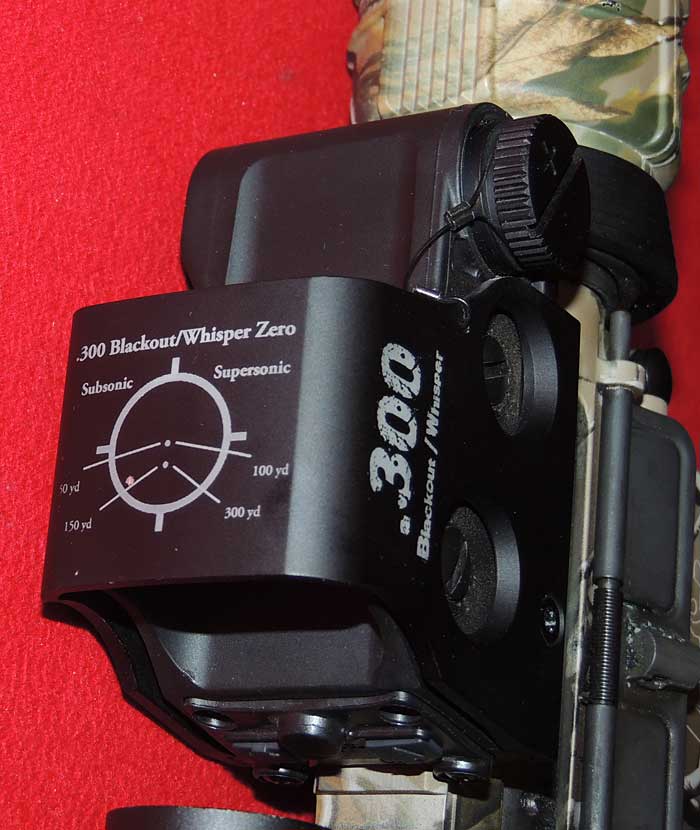 Since the time this article was initially written, EOTech released several new red dot style optics. One of the latest is the 518 Holographic sight. The 518 is a descendent of the wildly successful 512 that has served the military, police and public very well for years. If you are looking for a reflex-type sight, but prefer another brand, consider the Miniature Rifle Optic (MRO) from Trijicon.

Thanks for the excellent insight on this unit. I have one major problem sergeant. There are a multitude of sub-sonic loads available, matching one to the bdc on this unit will take significant research and expense, we are only allowed to shoot factory ammo due to liability issues. Along this vein of thought we have FAR to many super/hyper sonic choices available further complicating this issue. I would wish EOTech would at least give some weight and bc numbers to help in deciding where to start. The remainder of the article is spot on for all L.E.O. users and most avid/serious shooters. KTF-WY6.

[…] reviewed other optics like the Trijicon MROÂ [Amazon link] shown above and EOTech XPS2 [Amazon link] and found them to be great. However, at about $500, they too can be a bit pricey for […]