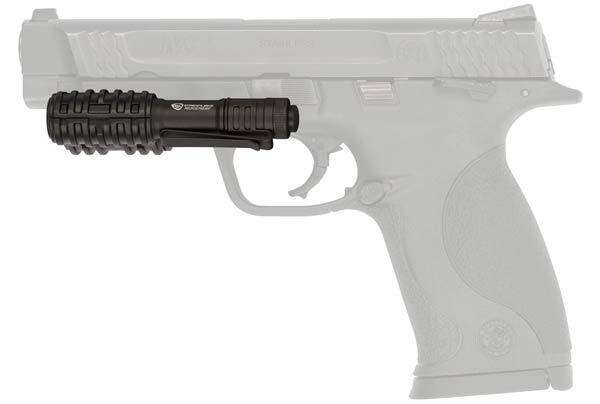 Safariland announced the introduction of a new light attachment for pistols called the Rogers’ Rail Lite.  The system uses a Streamlight Microstream flashlight with the rail, and the total package has a very affordable MSRP of $48.  There are a number of things that I like, and do not like, about this system.

In the below video, Georgia Shooter examines the Streamlight Microstream.  In the video, it looks brighter that the 28 lumens would suggest.

What are your thoughts on this new light system?

3 replies on “The New Rogers’ Rail Lite from Safariland”

28 Lumens is way underpowered for a light that size. A ZebraLight is over 100 lumens and it uses a 1.5V battery as well. I suspect they’re using old technology for the light.

Agree, but the Zebra is also 3x the MRSP….. So you would expect to loss something with the lower price.