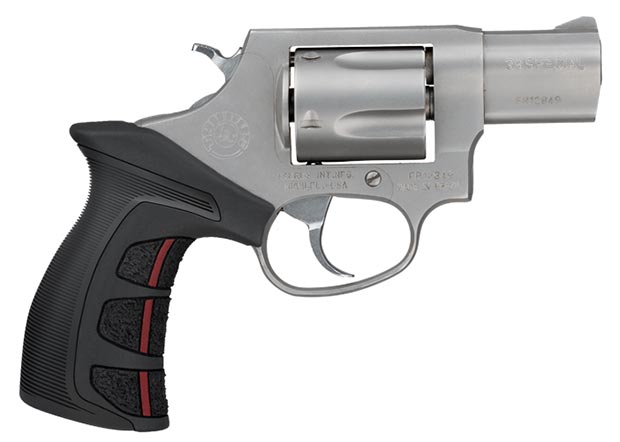 Advanced Technology International (ATI) announced new grips for the Taurus Judge and model 85 revolvers. Â ATI appears to be taking a different path than other companies that make thin, low profile grips. Â These grips appear they could make shooting the guns as comfortable as possible. Â And, let’s face it: the new grips have a bonus feature of looking like something out of Blade Runner as well.

Scorpion revolver grips are the first handgun grips that ATI has manufactured. Â The company is known by many people for making aftermarket rifle and shotgun stocks. 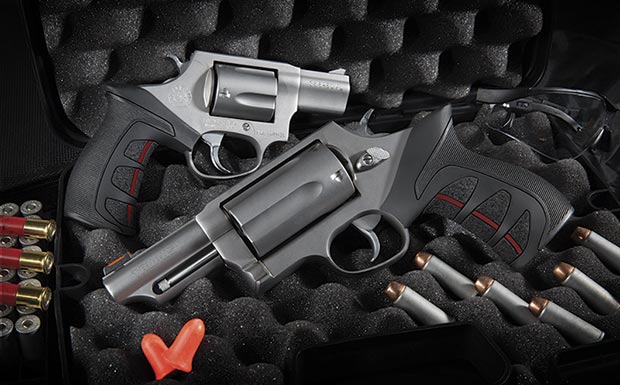 The new grips use a synthetic material that is designed to absorb recoil. Â I’ve seen the buttstock pads the company use with this material, and it is impressive with its ability to reduce the energy going through the material. Â According to Jon Shaffer of ATI, “We think we’ve achieved something that will reduce recoil and muzzle lift for virtually every shooter on the market.”

Clearly, the grips don’t look like the best option for concealment purposes. Â However, I don’t know if they are as big at they appear to be. Â I look forward to seeing how these feel at the SHOT Show. Â That will also give me a chance to see if they are viable for CCW, or better just for the range and home defense. 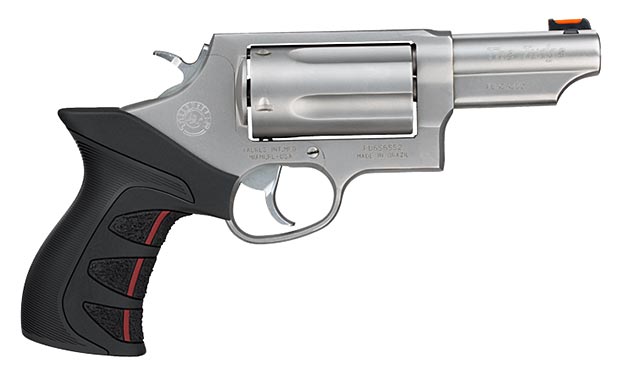 The grips look like they belong or came off of a Chiappa revolver. They are pretty funky looking.

Need grips for my Taurus .38 revolver…