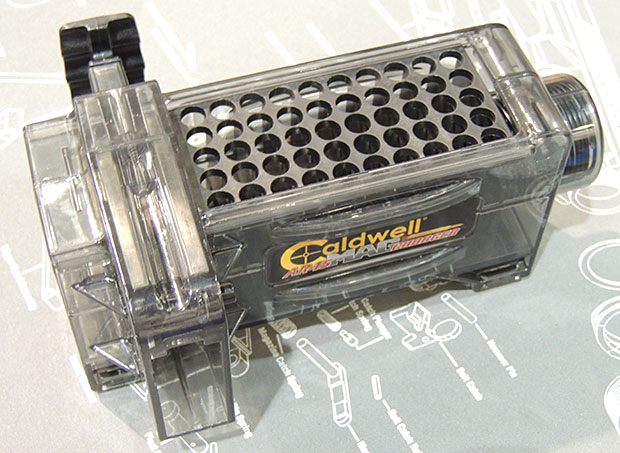 Perhaps the coolest gadget Iâ€™ve seen at the SHOT Show so far this year is the Caldwell AR-15 Mag Charger.Â  Being displayed at the Battenfeld Technologies booth, the Mag Charger is designed to quickly load AR-15 magazines in three easy steps.Â  According to the advertisement, the Mag Charger can load 30-rounds of ammunition from the box to the magazine in only 10 seconds.Â  The system is capable of loading .223, 5.56mm, and .204 ammunition.

The Mag Charger has a spring loaded ammunition tray designed for 50 rounds per load sitting inside of an open-topped plastic housing.Â  Loading 50-round boxes of ammunition that typically sit loosely in a plastic or styrofoam tray is best, but ammunition can be loaded individually if needed. 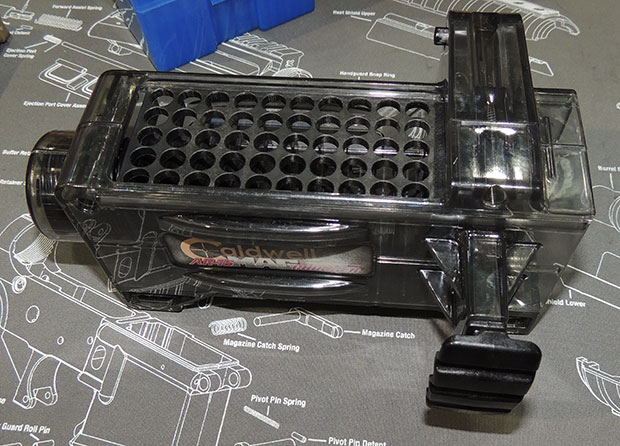 Step #2 is the insert an empty magazine into the magazine well of the loading mechanism.Â  The magazine should be inserted with the curvature facing down. 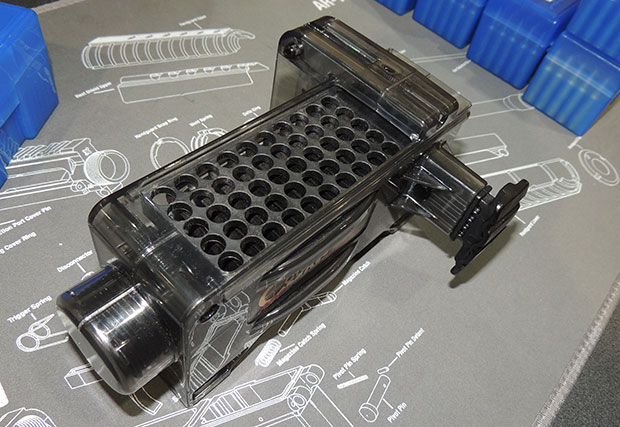 So new that an MSRP has not been finalized, the Battenfeld representative estimated $79-$89, with availability soon. Â In fact, it looks like it is already being sold on Amazon. Â For anyone who has to load multiple AR-15 magazines at any given time, the Caldwell Mag Charger appears to be a great way to save thumbs and load quickly.

[…] These have been wildly popular, and I expect that this one will be just as good a seller. See our look at the original product here. This is a video that Aaron got of the Mag Charger in […]