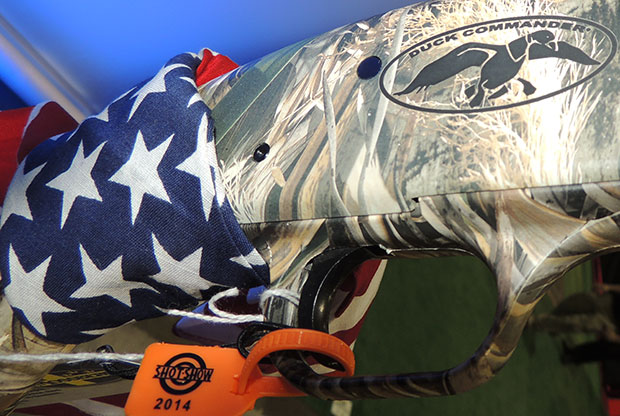 The Series includes 11 pump-action and auto-loading waterfowl shotguns that will feature the Duck Commander logo, Realtree Max-5 camouflage, TRUGLO fiber optic sights with a variety of stock, barrel and finish options.Â  The Duck Commander line will also include two .22LR semi-auto rifles – a plastic gun that looks like an AR-15, and the Mossberg 702 Plinkster semi-auto rifle.Â  In addition, there will be a .22LR semi-auto pistol (also on an AR-looking shell).Â  Every firearm will come with an American flag bandana. 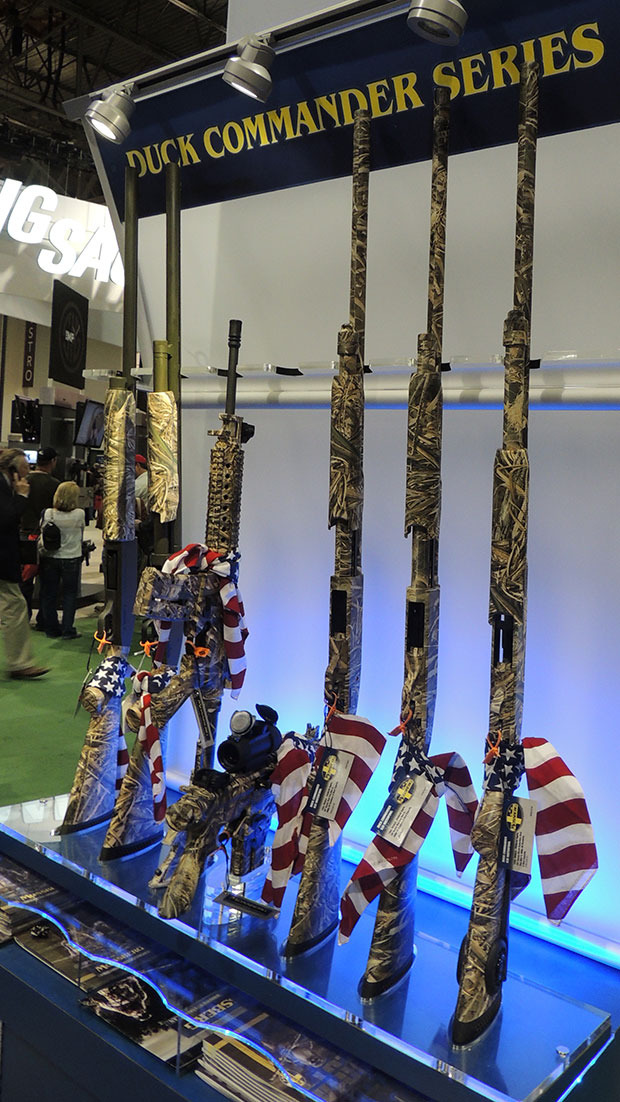 Our friends at Gallery of Guns put this video together about the Duck Commander series: