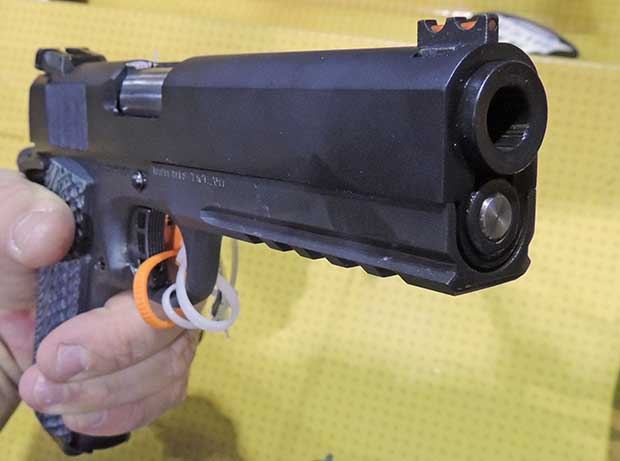 Rock Island Armory has a line of 1911 pistols bearing the 2011 Tactical Series title.Â  These pistols are meant to honor the 100-year anniversary of the famed Model 1911, while showing off the latest advancements in pistol accessories for the legendary pistol.Â  One of the newer additions to the 2011 Tactical Series, is a single stack 10mm that premiered at last yearâ€™s SHOT Show, but its such a nice pistol that I wanted to share it in this year’s show coverage.Â  The other models in the 2011 Tactical Series include a traditional .45 ACP and a 9mm version of the pistol.

The Tactical 2011 VZ Grip 10 mm combines the 1911 concept and design, with modern features and materials.Â  In recent years Rock Island Armory has been steadily making a name for themselves by producing quality 1911 pistols at affordable prices.Â  This pistol caught my eye for its attractive profile, and the selection of the powerful 10mm.

The Tactical 2011 will feature customized G10 grips from VZ Grips.Â  The grips not only provide an enhanced visual appearance, but they provide what many consider a superior grip to traditional wood panels.Â  Some shooters may prefer a softer or less aggressive grip, but I can say handling the Tactical 2011 10mm on the SHOT Show floor the VZ G10 grips were not uncomfortable to hold.Â  The textured design gripped my hand very well, providing assurance that the pistol would remain secure during firing, and without causing any discomfort. 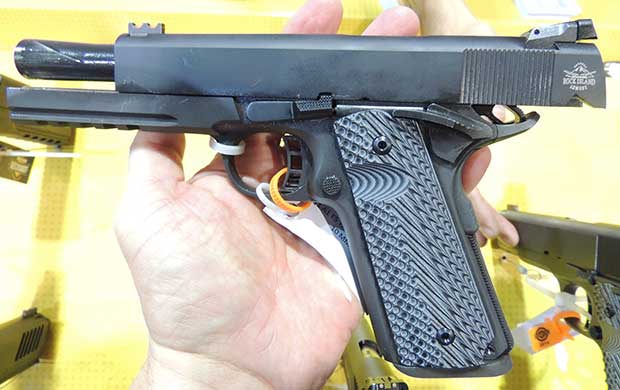 Another difference in the Tactical 2011 is the full length dust cover that supports a 5-position accessory rail on the bottom.Â  This feature is specifically designed to meet the â€œtacticalâ€ communityâ€™s needs for the addition of a light or laser, a feature that more civilian shooters are beginning to demand as well.Â  The elongated dust cover is also designed to help even weight distribution and reduce recoil. 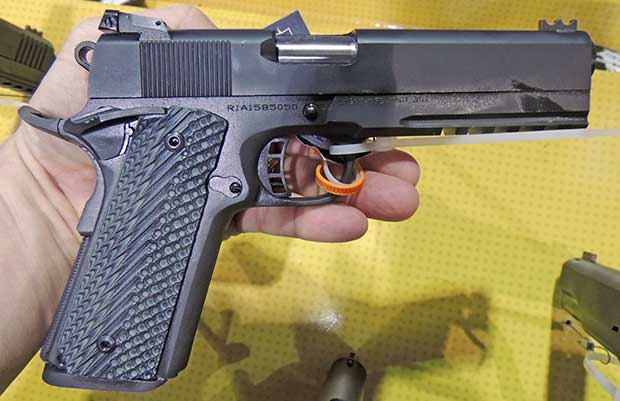 Additional features of the Tactical 2011 include an ambidextrous safety, combat hammer, and extended beavertail to provide the shooter a greater potential for pistol control, while adding to comfort and safety.Â  The pistol also comes with wide-angled serrations on the front and rear of the slide.

The Tactical 2011 10mm will come with fiber optic front sight, and a tactical adjustable low profile rear sight.Â  All features are designed to provide the shooter the best opportunity for accurate shooting. 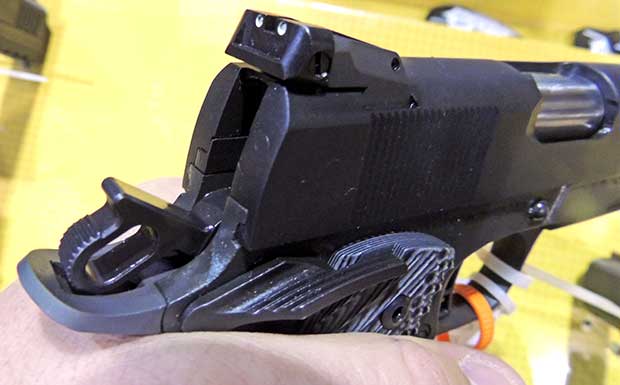 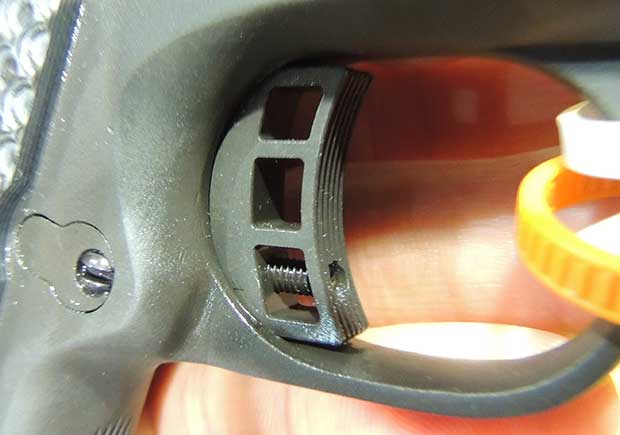 The Rock Island Armory Tactical 2011 VZ 10mm is a very nice combination of the 1911 design and the impressive 10mm cartridge.Â  And for only $600 you are getting a whole lot of pistol. 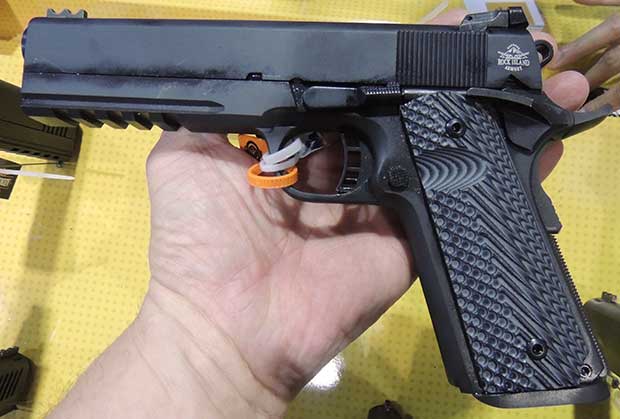