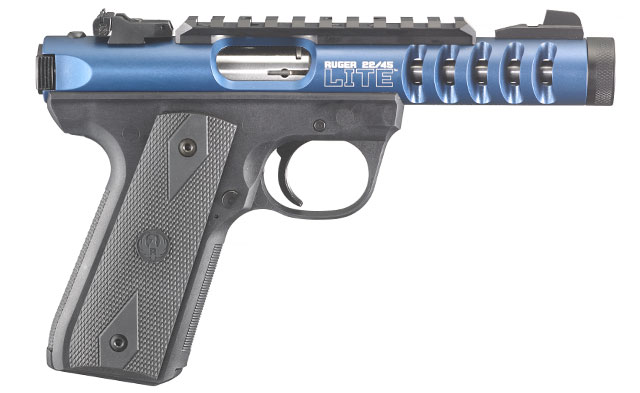 Ruger is now selling two new pistols: a blue anodized version of the 22/45 Lite and a semi-custom LCP with much improved sights.

Both of these guns were added to the Ruger catalog without any fanfare. In truth, they are relatively small changes to the guns. However, they are in line with the company’s response to the current market conditions as we run up to the SHOT Show.

Let’s take a look at these two new guns… 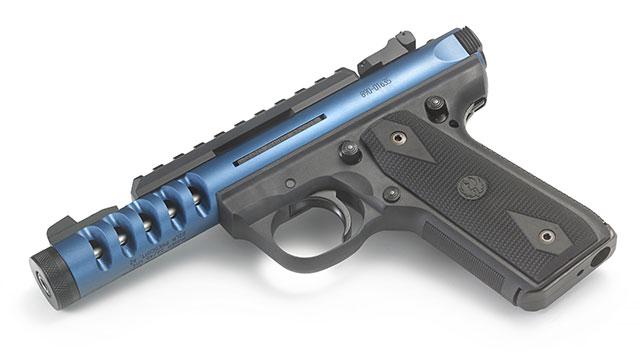 Functionally, the new 22/45 Lite rimfire pistol is very similar to the existing model. The new gun adds a Picatinny rail to the top of the slide and has a striking blue anodized finish.

This version of the gun uses radical cuts in the barrel shroud to give the gun a shark gill-like look. These cuts are likely to have been made to counter the additional weight that the rail adds. As it ships, the gun weighs the same as the original 22/45 Lite: 22.73 ounces.

Like the existing model, this gun is chambered for the .22 LR and holds 10 rounds in each magazine. The grip frame is made of polymer, and the gun usesÂ replaceable 1911-style grip panels.

The gun ships in a hard plastic case with two magazines. The MSRP is $515, though I would expect to pay less than $500 in a local shop. 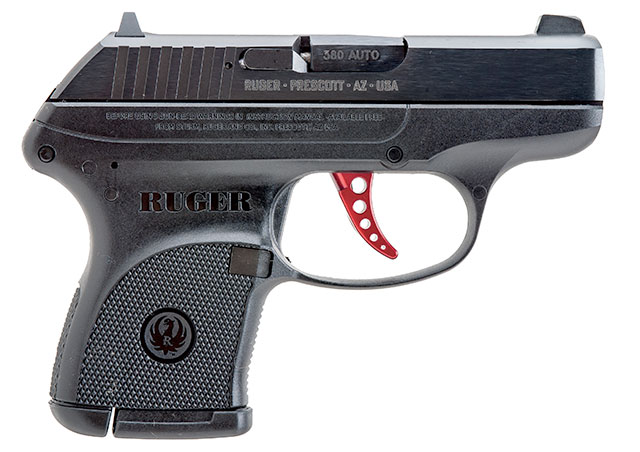 Many people are hoping for a new LCP at the 2015 SHOT Show. While not the striker-fired gun some are wanting, it is an interesting addition to the line-up.

The LCP Custom is functionally identical to the original LCP. However, this gun swaps out the sights and adds a more colorful trigger.

Sights on this pistol appear to be a significant improvement over the existing models. This alone makes the gun worth considering.

Existing LCP models use a small bump and shallow notchÂ to act as sights. However, this pistol uses more traditionally-sized sights.

Aiding visibility, the new front sight is photoluminescent. This means it absorbs light and then glows, which can enhance visibility in any kind of reduced lighting situation. You can see photos of these kinds of sights in my review of the HK VP9 pistol. 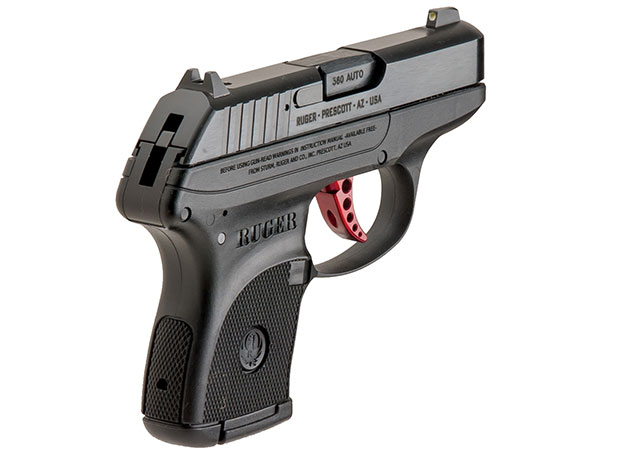 While more visible, the sights do add 0.2″ to the height of the gun. I imagine the ease of use will outweigh any lessening of concealability for many people. I wonder if the addition of these site are in response to the pressure brought to this segment of the market by the Glock 42.

For the trigger, Ruger used a wide, skeletonized piece that is made of aluminum. It has a red anodized finish. I’m not sure it is for me, but it does visually set the gun apart from the other LCP models.

If you are not familiar with the LCP handguns, they are very small .380 ACP pistols that have proven to be very popular for concealed carry. They are flat, light and can be found for less than $350 in some places.

Like the original gun, this LCP ships with a single magazine in a soft, zippered pouch. The MSRP is $419, though I’ve yet to meet anyone who has paid full retail for an LCP.

What do you think? Do either of these new guns scratch an itch you’ve had?

i just ordered an lcp custom today. i have an original model with aftermarket tritium sites, and found the upgrade to be a huge improvement in actual shootability.

the red trigger is weird, but i guess it’s supposed to convey ‘danger’ or something, id prefer if it was silver or black.