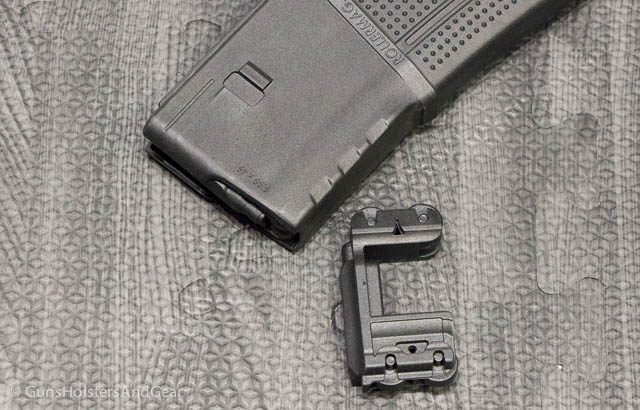 ProMag introduced a new magazine called the Rollermag. Designed for the AR-15 pattern firearms, these new magazines use followers with wheels to provide a very smooth, anti-tilt follower.

It is a new design, and while I do have some concerns, the samples on the show floor were impressive.

Here is what I found…

The Rollermag is a 30-round polymer magazine designed to work with any AR-15 pattern rifle or pistol. The body of the magazine is stippled and feels pretty good in the hand. Currently magazines are only being made in black.

ProMag uses anti-fatigue springs in these magazines. According to the company rep I spoke with, owners can load them up and store them for years without hamperingÂ reliability.

The intriguing part of these magazines is the follower. The polymer follower has four polymer wheels built into it that allow it to roll – not slide – up and down the magazine body. Typical followers slide against the mag body. While sliding does work, it has a significantly greater amount of friction than rolling. 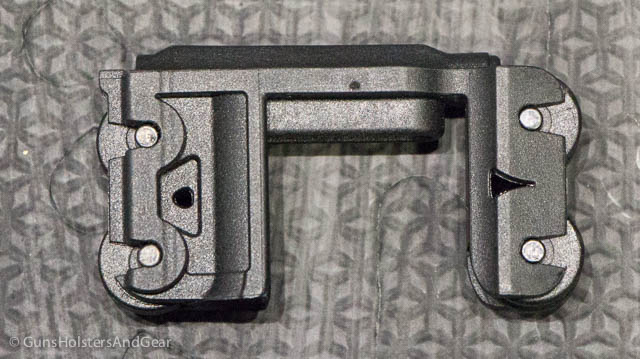 Frankly, I do not know if a rolling follower offers any real world improvements when compared to a sliding follower. And yes, any time you add parts to a product the number of things that can fail goes up. However, I like the design. 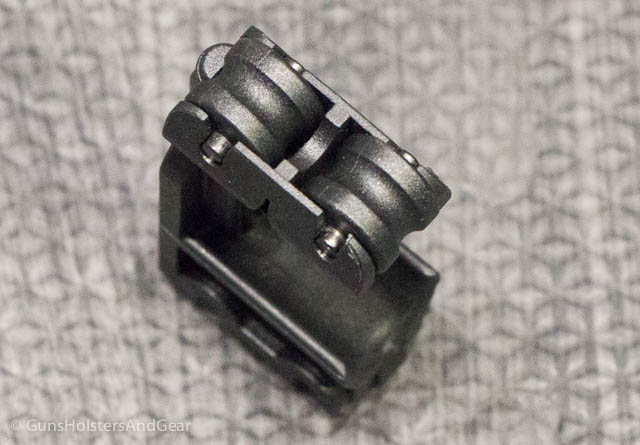 Playing with the sample at the SHOT Show, I was very impressed by how smooth the follower movement was. I was not able to tilt or otherwise bind the follower. 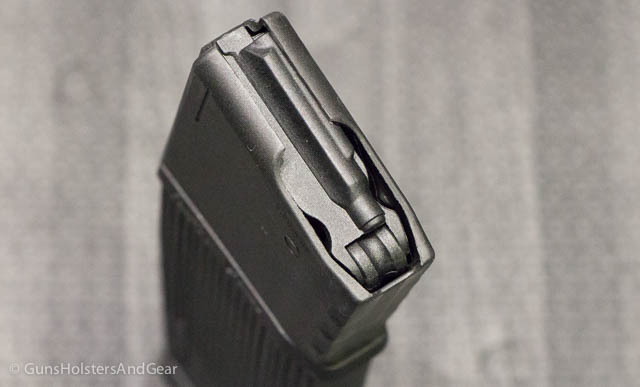 The MSRP on the Rollermag is $18.99 with a street price expected to be substantially less. ProMag expects to ship these by the end of February. I will buy a number of these for testing and review when they hit the market. Assuming these prove reliable, I wouldn’t be surprised to see ProMag introduce the follower design in its other magazine offerings.

Update: ProMag released this video showing the magazines in action.

This might also work better in higher round mags like 40+ rounders. Maybe this will start bringing the company into more consideration for products by serious shooters.

[…] really like this idea! ProMag Rollermag "Spes Mea in Deo Est"–My hope is in GOD Reply With […]

I wonder why they didn’t borrow the George Patchett’s roller follower design from the Sterling SMG.