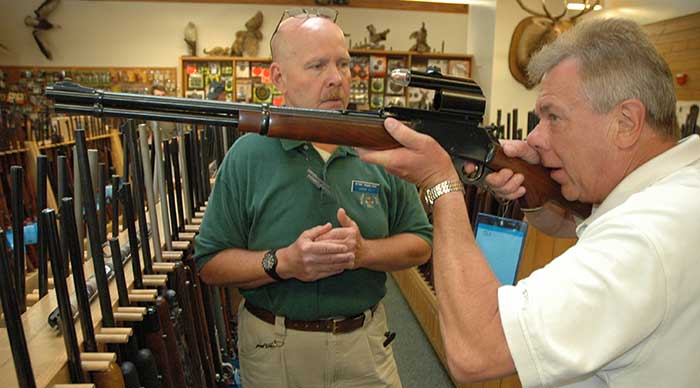 Change is both constant and inevitable. Sometimes change comes slowly, while at other times, it can come crashing down like a wave.

Recently, the firearms and associated industries have seen a wave of changes from Colt to SureFire. While some of these may be necessary and have long term benefits, in the short term, there is likely to be some pain. Here’s a taste of what’s going on in the industry.

By now, most people have heard that Colt has filed for Chapter 11 bankruptcy. This is not the first time the company has been through dire financial difficulties. In fact, financial problems sadlyÂ seem to be a normal part of Colt operations.

Some argue that Colt will survive as-is and continue to manufacture guns because it is an iconic brand. Frankly, I believe it is the “too big to fail” thinking that has caused so many problems for Colt. I won’t dogpile on the company, but I would encourage you to read Grant Cunningham’s Facebook post on the situation here.

Near the start of the month, Remington announced a number of changes at the senior leadership levels. The following top-level positions either have new people in them or will as soon as the right candidate can be located:

There are many in the gun industry – both customers and insiders – who have expressed concern to me about the direction Remington has taken in recent years. While no one has suggested the Remington ship is sinking, I daresay it does have a slight list to port. Perhaps this wave of change well help right it. 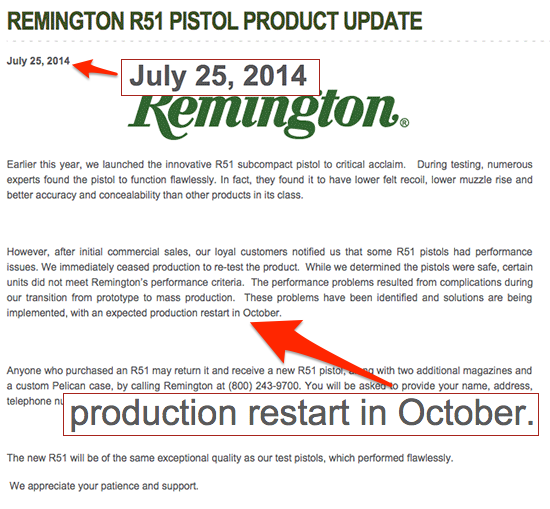 Take, for example, the introduction and subsequent recall of the R51 pistol. By any reasonable account, it has been an unmitigated public relations disaster and the subject of ridiculeÂ throughoutÂ the shooting world. The company’s “update” on its home page links to a July 2014 press release that states production would restart in October. At the time of this writing – late June 2015 – I’ve not been able to find a single person who has received a gun back from this recall.

Here’s to hoping the new leadership team kicks a little butt around the company and gets big green back on track. I don’t know if they can do it, but I’ll support them with my money as they produce quality products.

About five years ago, Sabre Defence Industries was in a bad way. The BATFE executed a search warrant and subsequently charged several company officials with crimes relating to the illegal import and export of various firearms parts such as suppressors. The companyÂ entered bankruptcy and its assets were sold.

Fast forward to 2015: the new company is now liquidating. No word on why, though the lack of profits is generally the reason in such cases. To my knowledge, the current company was pursuing government contracts exclusively and not selling rifles or parts to the commercial market.

Layoffs and a reduction in the product line is coming to SureFire. The company has begun a “comprehensive program” to “refine”Â its product line, improve operating efficiency and reduce expenditures. Included in this effort is a workforce reduction.

“We had to make some difficult decisions to layoff some very good people,” said John Matthews, the CEO of SureFire. “SureFire ramped up to meet the demands of our military but we must “right-size” now that military spending has declined.”

Essentially, it sounds like government contract orders are down and the company has to reposition itself for the future. This is a smart move on their part, but it will cause some pain in the short term. It also means that some of the company’s products won’t be available in the future.

In an unrelated e-mail from SureFire, I saw that the company’s 100-round magazines were now being sold at 50% off retail. That drops the price from $179 down to less than $90. I don’t know if the SureFire magazines are one of the products being dropped from the company catalog, but the timing certainly makes me wonder – especially since this was a product developed for the US military. If you’ve ever wanted one of these, now might be the time to buy.

All of the news from SureFire is not bleak. As part of its refocusing efforts, the company will continue to introduce new products. In fact, its likely that most consumers will see the new products more in line with their needs since that is the market that SureFire will probablyÂ focus on.

SureFire stated that the company will continue to produce suppressors and roll out new lighting products. The compact XC-1 is still on track for introduction this summer, and a revamped V-series is expected later this year. Additionally, the company is working on a polymer wrist light that is said to be nearly 70% lighter than the existing metal version.

So, never fear flashlight fans. SureFire is here to stay, and though change can be tough, the end result promises to be better gear for most of us.

As you may have noticed, governmentÂ sales is at least part of the business for all of the above companies. While the problems with Colt and Remington go well beyond any single military contract, the loss of business has to hurt.

SureFire clearly has a plan for the future, and I have no doubt that they will emerge on the other side of this better than they are now.

I doubt Colt and Sabre Defence will do as well. Remington’s fate is in its own hands, and with the changes at the top, I am cautiously optimistic.

My question, though, is who else is hurting? Less spending by the US military has to hurt a lot of companies – many of who are in the shooting industry. I am sure that there are companies shifting manufacturing priorities away from military projects, andÂ I wonder how many will be able to ride the wave of change as opposed to being crushed by it.

One reply on “Industry Shake Ups”

Why don’t you put dates on your articles.