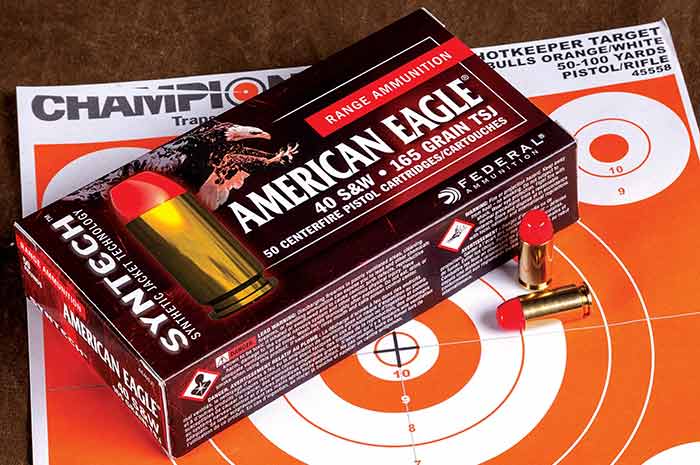 So they have taken what cast bullet shooters have been doing for years “powder coating” and saying they invented it?

They may be the first to sell it as manufacturered ammo. But credit belongs to the home casters that have devopled and tested this method.

I’m glad to see it on the market. But I’ll still cast my own

Not just that, but Herter’s has been doing it for a while now with their cheap aluminum cased ammo.

I don’t claim to know everything about loading, as I only got into it during the late 90’s and have been a bit slack in pulling the handle in recent years. So, I’m not sure when folks started handloading coated bullets.

However, if memory serves, Smith & Wesson began loading the Nyclad line in the 70’s after they purchased the Alcan brand. After a few years, the Nyclad brand/technology was purchased by Federal who expanded the line. Somewhere in the 90’s the company shut down the line for lack of sales. Then in recent years, Federal returned the Nyclad .38 Spl 125 gr HP to production as a standard pressure defensive load for J-frames and the like.

I presume that this is an extension of the company’s Nyclad manufacturing history, and essentially a return to where S&W first started the line – as a non-HP bullet that acts as a TMJ (for lead purposes anyway) at a less cost than copper.

Like a lot of innovations, I would not be surprised to discover that someone working on his bench came up with the concept in the 60’s (or whenever) and later Alcan/S&W figured out how to do it on a larger scale.

Like you, I’m glad to see it on the market. More options is more better. Especially for those of us who don’t pull the handle as often as we would like.

Yes. I was doing some more reasrach on it myslelf as well.

Altnerate coating’s have been played with and tested for decades.

Nyclad is a nylon coating. This is a polymer plastic.

Tons of load data and test results for pc.

Nylon is a polymer, and the Nyclad coating process was a form of powder coating.

Thanks for the link Daniel!

“A rose by any other name would smell as sweet”, in this case powder coating would shoot just the same. Glad I can make my own.