Ahead of the 2017 SHOT Show, FightLite Industries announced a new weapon system called the MXR. The MXR is a pistol caliber system that started life as a submachine gun (SMG) for international law enforcement needs. However, the project has morphed and semi-automatic pistol and rifle versions will be available to US customers as well.

The MXR is a multi-caliber platform. According to the company, the gun is primarily available in 9mm but can quickly convert to other pistol calibers such as the .22 LR and .45 ACP. The caliber conversion process does not require the use of tools

“The compact MXR is suppressor capable and will also convert to accept a variety of pistol magazine types including Glock, Beretta, CZ, SIG and many others,” said company president and CEO Geoffrey Herring. “We’re really excited to bring these new products to market ” 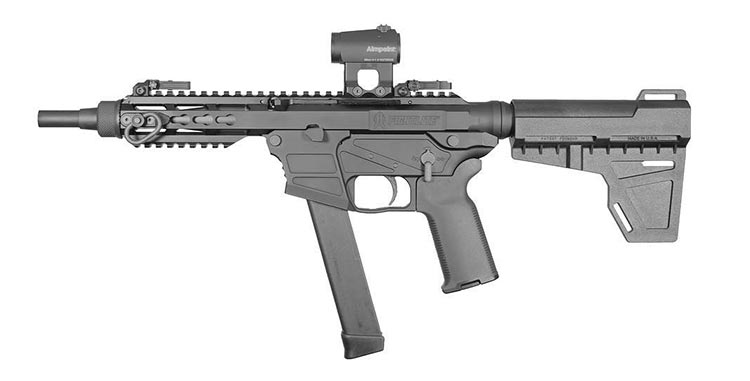 Pistol caliber carbines seem to be all over the pre-SHOT Show news. Although none of the majors like Ruger or Smith & Wesson have made any announcements along this line, I would be surprised if we didn’t see something from one of them before the end of the year. This is a trend that they won’t want to ignore. Companies like FightLite are small enough to get out in front of this trend and take advantage of the market demand.

The SCR is a semi-automatic rifle that takes a traditional AR upper and modified lower receiver set and attaches a Monte Carlo type stock to it. This gives the gun a more traditional look and makes it available to residents of restricted states that ban firearms based on looks.