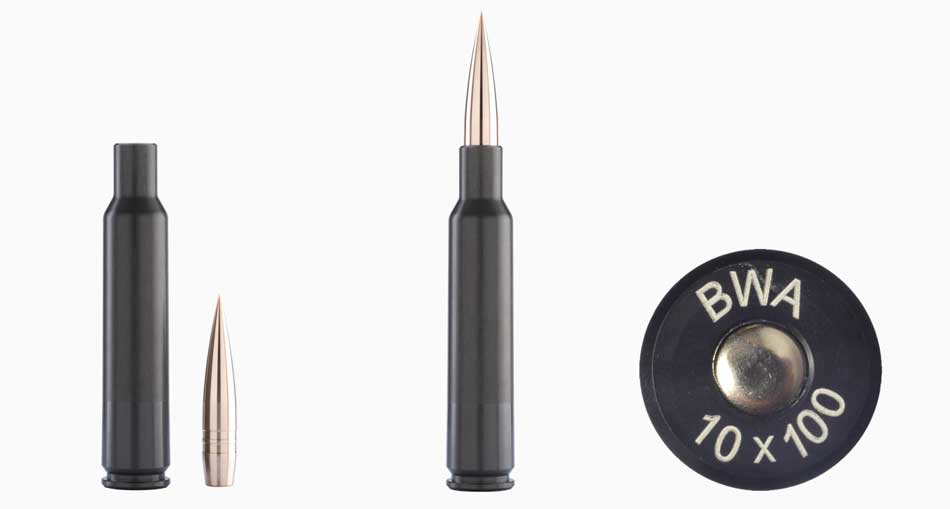 Back in 2018, Blackwater Ammunition and its parent company,Â Precision Ballistic Manufacturing (PBM), introduced a new case technology that used a two-piece design. According to the company, the pieces were machined from solid metal. This is different than standard brass manufacturing that starts with a small “doughnut” of brass that is drawn (stretched) multiple times.

That looks like a hawt new cartridge. Will it feed in a Barret with a barrel change? If so, that could be something special.

I don’t know about “hawt” but yes – this cartridge has a lot of potential.

Super hard bullets. Overbore case capacity. I’ll bet it suffers from throat erosion in less than 200 rounds. But, if you’ve got the space (& the money…) and you just have to lob bullets at 2000+ yards, go for it. As for military use, the .50 BMG has a definite advantage as it’s capable of using payload rounds. If you need higher velocity, there’s sub-caliber sabot rounds. I can’t foresee any M2s or M107s being rebarrelled anytime soon.