Well, the 2011 SHOT Show is closer than the 2010 Show, so I thought I would take a look at some of the most popular new guns of 2010. Â Popularity was determined based on Google keyword searches and forum posts that I read. Â So, yeah, this list is pretty arbitrary, but hey, it’s my list. Â Your feedback is encouraged!

Gen 4 Glock (any) – Like them or hate them, the Glock line of pistols is one of the most popular series of handguns currently in the US. Â One of the few complaints about the Glock has been the size of the grip. Â Answering public demand, Glock introduced the Gen 4 series of pistols that feature an adjustable grip size, new grip texture, a magazine release button update, and a double recoil spring assembly.

Taurus 740 Slim – Based on the success of the 709 Slim, Taurus introduced the .40 caliber version in 2010. Â The 740 Slim is a compact, single-stack pistol chambered for the .40 S&W cartridge. Â Larger than the current crop of .380 pistols in the market, the 740 is still a very compact package that offers 6 + 1 rounds of a respected self-defense cartridge. Â Also unlike many diminutive pistols, the 740 Slim has good sights that, while smaller than a full-size gun, are easy to pick up and are adjustable. Â Read this for a full Taurus 740 review.

Ruger SR9c – The SR9c pistol is the compact version of the full-sized SR9. Â Ruger has re-made itself in recent years, offering many more concealed carry and tactical products like the LCP, LCR, and SR556. Â The 9mm SR9c is a continuation of their self-defense concept. Â I have not been able to shoot an SR9c yet, but from all indications, Ruger has a real hit with this pistol. 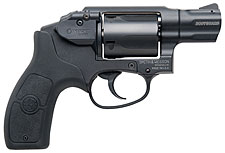 Smith & Wesson Bodyguard – Smith & Wesson has always been known for their great revolvers. Â Armed citizens and cops alike have favored the J-frame revolvers for pocket and ankle carry, with models like the 442 and 642 being some of the most popular guns in the S&W catalog.

This year S&W introduced a polymer-metal hybrid revolver with an integrated laser called the S&W Bodyguard chambered in .38 Special. Â The revolver looks similar to the J-frame ‘hammerless’ revolvers that sell so well for S&W, butÂ apparentlyÂ are a complete redesign, sharing no parts with their all-metal predecessors. Â One of the obvious changes is the ambidextrous cylinder release that was moved from the side of the revolver to the top where you would normally find a hammer on a revolver.

END_OF_DOCUMENT_TOKEN_TO_BE_REPLACED

The old year is gone, and the new one just begun.

2009 was an unprecedented year in many ways.Â  The government of the US, the one that is supposed to be of the people and by the people, has uniformly ignored and alienated itself from the people.Â  Government take-overs of banks and industry, started in late ’08, have continued.Â  Government control of your health care seems assured.Â  Our representatives (in both parties) no longer listen to their employers, and they have seized enough power to continue their existence in perpetuity.

2010, I hope, will be the beginning of the process to reverse all of this.

In 2010 we have a new set of national elections, in which, we can begin to make a change.Â  But we can also make important changes at a much more personal level.