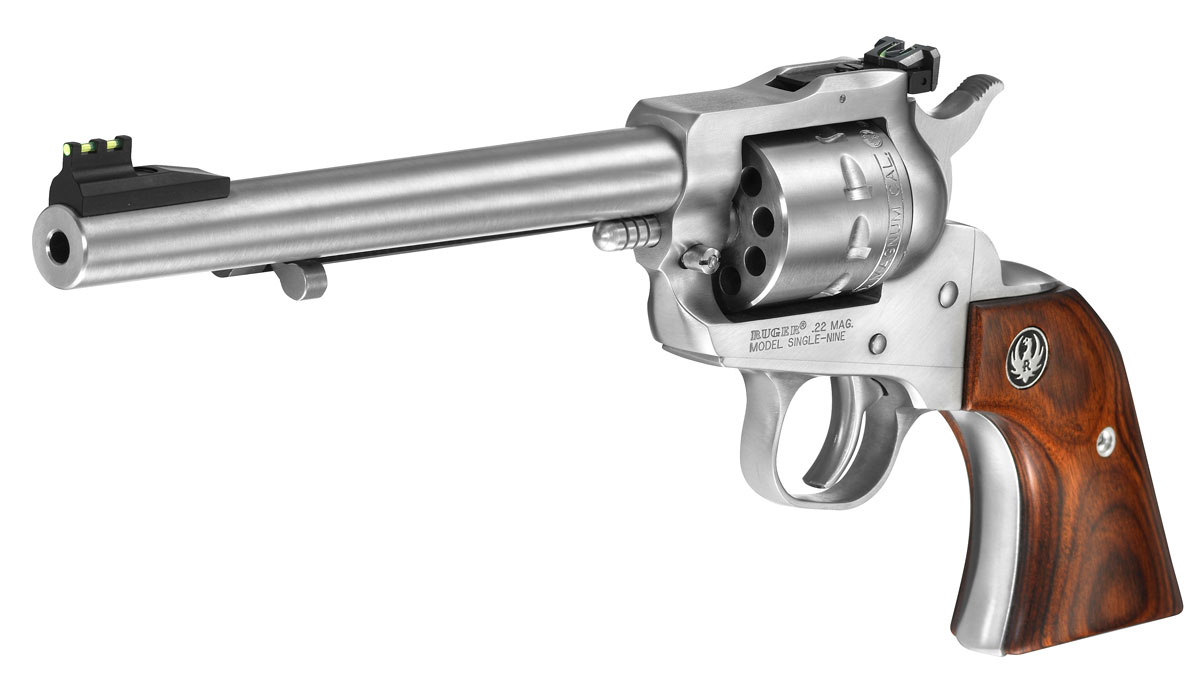 The Single Nine is a single action, 9-shot revolver chambered for the .22 WMRF (aka 22 Magnum and 22 WMR). Â The gun features the classic Ruger styling, stainless steel finish and hardwood grips.

END_OF_DOCUMENT_TOKEN_TO_BE_REPLACED 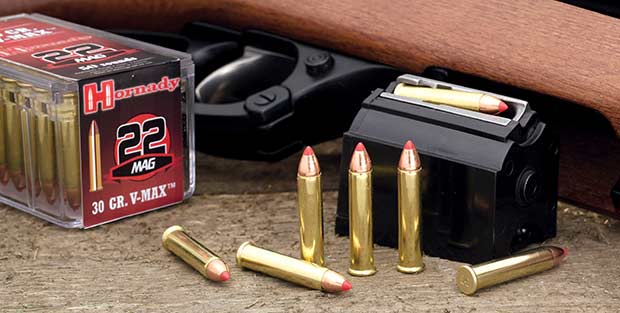 The V-MAX bullet is a polymer tipped hollow point that allows for excellent expansion while increasing the ballistic coefficient. Â Having a polymer tip ensures the bullet will expand because it prevents the hollow point from being clogged. Â Additionally, the tip compresses on impact, which in turn presses against the inside of the cavity, helping to force the bullet open.

Hornady claims that the new ammo is the “finest product in its class,” and offers “accuracy never seen before from this cartridge.” Reviews from shooters on MidwayUSA’s website have posted they are getting groups of .125″ – .781″ at 100 yards with this ammo. Â By any reasonable standard, those are very good groupings – especially out of a rimfire round.

This ammunition should be an excellent varmint round. Â I could see this being used by hunters to about 125 or so yards depending on the animal.

END_OF_DOCUMENT_TOKEN_TO_BE_REPLACED

If you are looking for the ultimate in incapacitation in a .22 LR load, take a look at the segmented hollow point loads from CCI.

A segmented hollow point is a bullet design with pre-scored fracture points. Â This will allow the bullet to break into several smaller projectiles when striking a target. Â Each of the smaller fragments creates its own wound channel, and presumably will more quickly incapacitate the animal struck.

The CCI segmented hollow point bullet design is likely an extension of the work done by famed bullet designerÂ Tom Burczynski. Â Burczynski developed a bullet called QuikShok which used a similar concept that split a single bullet into three or more segments when hitting the target. Â It was an unconventional design, but many people said testing in ballistic gelatin and other media was impressive.

When the line was introduced in 2008, there were two .22 LR loads and a single .22 WMR load. Â Since that time, CCI dropped the .22 WMR load and added another .22 LR load. Â The most recent load is part of the company’s Quiet line that claims to reduce noise by 75%. Â The loudness is so reduced, CCI claims no hearing protection is needed when shooting the Quiet-22 segmented HP ammo.

As you can see in the above table, two of the three loads are subsonic and should work very well with a sound suppressor. Â For the discrete removal of varmints and pests, either of these loads should work very well in a suppressed firearm. Â The Quiet 22 load may not generate enough energy to reliably cycle a semi-automatic gun, but it would clearly be the most quiet choice.

The ammo is sold in 50 round packages and carries a premium when compared to the pricing of standard .22 LR ammo. Â However, it is still significantly cheaper than centerfire ammo, and can give you great performance.