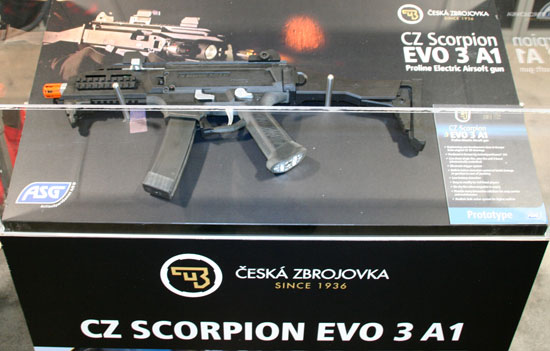 According to one of the ASG reps, the Scorpion incorporates a new technology into the gun for greater realism. Â The Scorpion is an electric gun, and with other ASG electric guns, when the magazine runs dry, the gun will continue to fire albeit without any projectiles. Â In the Scorpion, a sensor will let the gun know when the mag runs dry and no “dry” firing will happen.