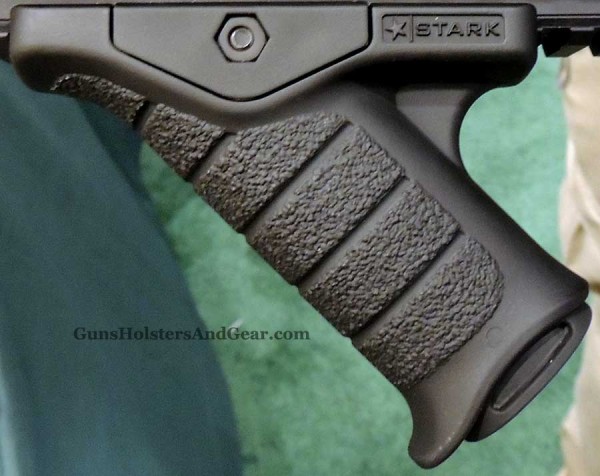 Stark Equipmentâ€™s pistol grips have been praised by many, including the military and law enforcement, for their scientific approach to designing grips that fulfill the needs of the end-user.Â  This year Stark has introduced a new product, and some additions to already produced products.

Stark announced the new SE-5 Express Grip at SHOT Show, and I had the chance to speak with DJ Webber at their booth.

The SE-5 will be a fore grip for AR-platform rifles that is designed for shooters who grip the rail or hand guard at the same time as the grip when shooting.Â  The SE-5 is unlike other grips that hang straight down that predominately require the shooter to place their hand completely on the grip, or perhaps wrap their thumb onto the hand guard.Â  There have been several tactical trainers that have advocated this grip stance as a better way to control recoil and maintain accuracy even in rapid fire situations.