Savage released the Axis II rifle at SHOT Show this year. The original Axis was introduced by Savage as a bargain market entry level rifle, and has success in that competitive market. Now Savage takes the Axis II and moves beyond the basics to provide a very nice mid-level rifle.

The Axis II includes the famous Savage Accu-Trigger, and will come in combination with the Weaver Kaspa 3-9x40mm scope (a $150 MSRP value) that will be mounted and bore-sighted at the factory. In other features the Axis II will match the Axis, but the shooter is getting a lot in the two new additions.

END_OF_DOCUMENT_TOKEN_TO_BE_REPLACED 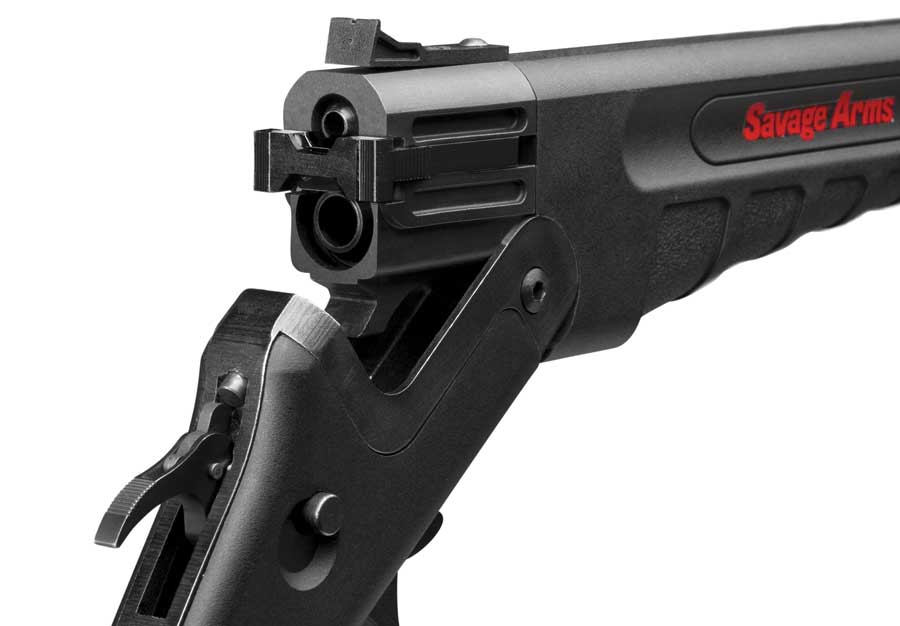 END_OF_DOCUMENT_TOKEN_TO_BE_REPLACED

The new Savage B.MAG rifle is a completely new compact rimfire bolt-action gun designed specifically for the new .17 Winchester Super Magnum cartridge. The .17 WSM is a rimfire round that is capable of speeds to an amazing 3,000 fps. Click here for more on this new cartridge.

The B.MAG is an entirely new rifle, not merely a warmed-over existing rimfire gun. According to Bill Dermody of Savage, there are “exactly zero” parts on the B.Mag that interchange with the company’s other rimfire rifles. In fact, Dermody suggested that the features of this new rifle more closely resemble their centerfire cartridge rifle line than the rimfire line.

This rifle uses a short action bolt with rear locking lugs for additional strength to handle the higher pressure .17 WSM. The rifle also has a “cock on close” action and hidden action screws.

The B.MAG uses a thread-in headspacing system that is very similar to the more expensive centerfire rifles in the Savage catalog. According to Savage reps at the SHOT Show, this headspacing system significantly enhances accuracy.

The B.MAG comes with the extremely popular AccuTrigger, which is a user-adjustable trigger that Savage uses on most of their rifles above the entry-level, budget guns. It does not require special tools for adjustment by the owner.

An eight-round, rotary magazine is standard on this rifle. The magazine is detachable and feeds from the center of the mag. It should be a relatively simple thing to make a larger capacity magazine, but there are no announced plans to do so. An extended magazine might be of some benefit to varmint hunters who are eliminating large numbers of pests at long range. I wouldn’t be surprised to see something like the Hot Lips magazines for the 10/22 from Butler Creek.