Chiappa Firearms announced the new LA322 Kodiak Cub: a lever-action, takedown .22 LR carbine. These compact rifles are specifically designed for harsh conditions, which make them worth considering for outdoor activities and as a survival tool. The new guns have a matte hard chrome finish on the major metal parts including:

Both the stock and the forend have a soft, synthetic covering that gives the gun a better surface to grip during wet conditions.

The gun weighs 5.5 pounds without ammunition.Â The tubular magazine loads from the front and holds 15 rounds.

Chiappa equips the rifle with a hooded front sight and a rear leaf sight that is adjustable for elevation. Additionally, the receiver is drilled and tapped for the addition of a scope.

This new gun is a takedown rifle, meaning it can be broken down into two major components for a more compact package. While it cannot be fired from this condition, it does drop the overall length to a mere 25″. This allows the gun to be more easily carried in a pack or stored under a seat. 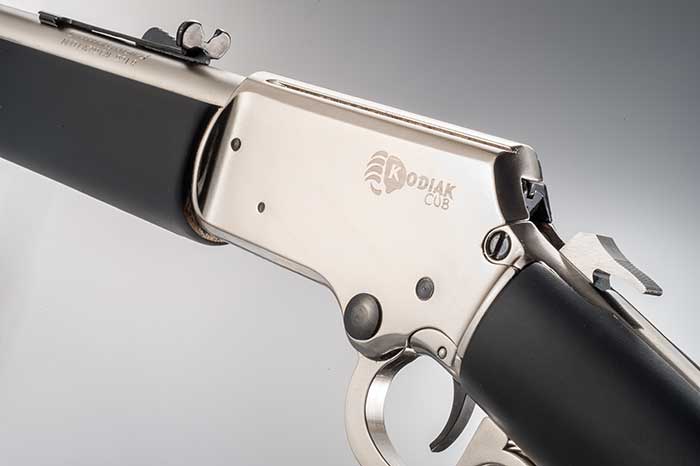 For anyone wandering outdoors, a compact .22 LR rifle might make sense as a part of your survival gear. While it would not be my first choice as bear defense, it can definitely put game in the pot and keep predators at bay. I also suggest considering other gear like a personal locator beacon.

The suggested retail price on the new Kodiak Cub rifle is $809.

Chiappa made several new gun announcements ahead of the 2016 SHOT Show. These announcements include new chamberings for the triple barrel shotgun and Double Badger combo gunÂ plus the new variants in the CA612M shotgun line. Not officially announced, but leaked through a number of sources, is the new AK-ish pistol chambered in 9mm.

Henry Repeating Arms continues to manufacture the famous AR-7 Air Force Survival Rifle.Â  These semi-auto, rimfire rifles disassemble into three parts: the stock, barrel, and receiver.Â  The barrel and receiver then stow in the waterproof, floating stock, making the rifle compact for storage, and resistant to harsh environments.Â  No tools are needed, and the rifle can be reassembled in about 30 seconds.

Chambered in .22 Long Rifle the Henry AR-7 can handle both standard- and high-velocity rounds.Â  The detachable magazines hold eight cartridges.