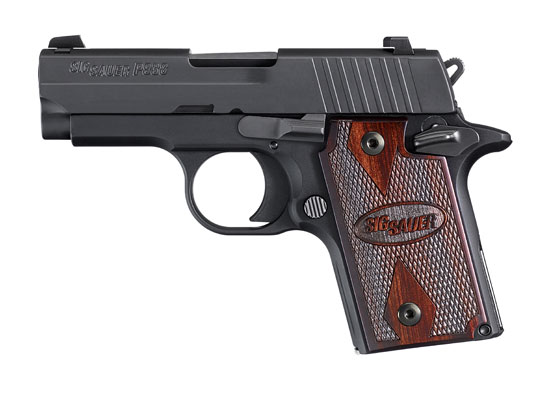 The P938 is scheduled to start shipping around the second quarter of 2012. Â Expect to see these at the NRA convention. 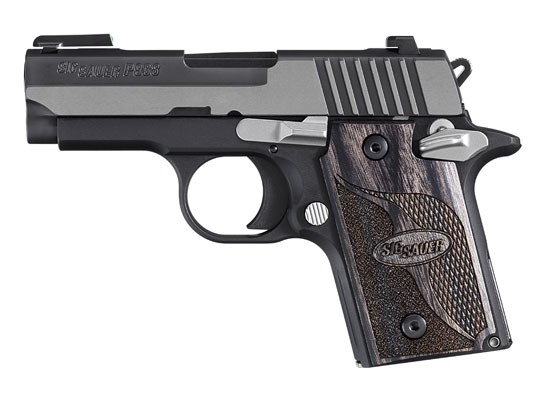 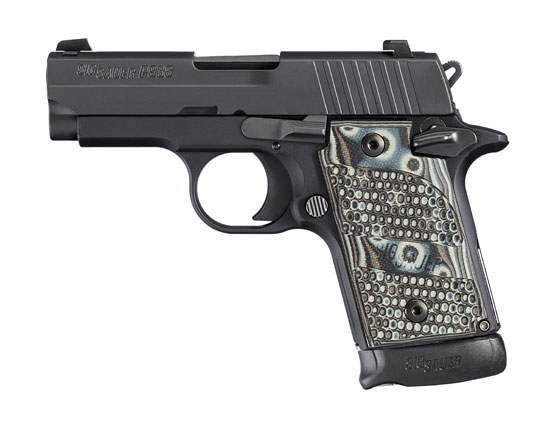 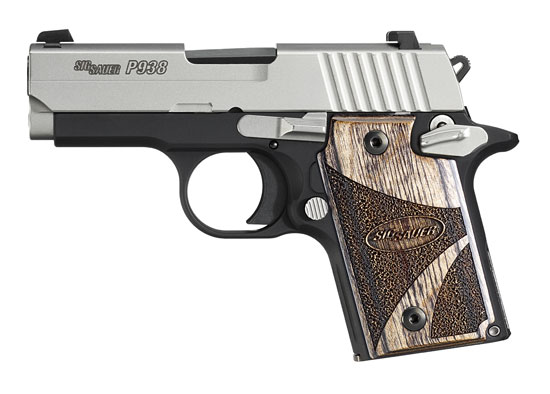 Here are a few more photos of the SIG P938 pistol from the 2012 SHOT Show. Â As you can see from the finish, this pistol was handled a lot during the four day trade show. 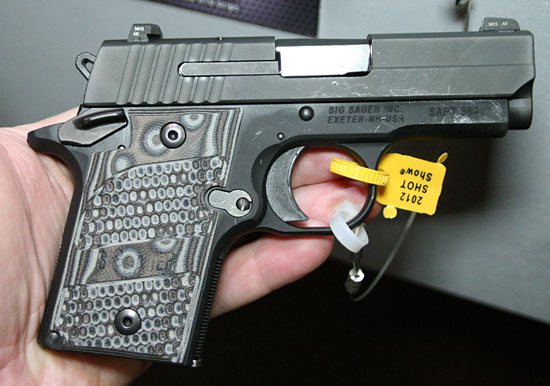 The SIG P938 is due out later this year. Â It is designed to be a 9mm version of the P238 that has been a very good seller for SIG SAUER. 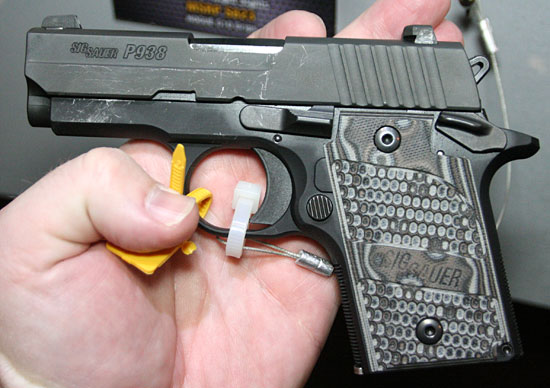 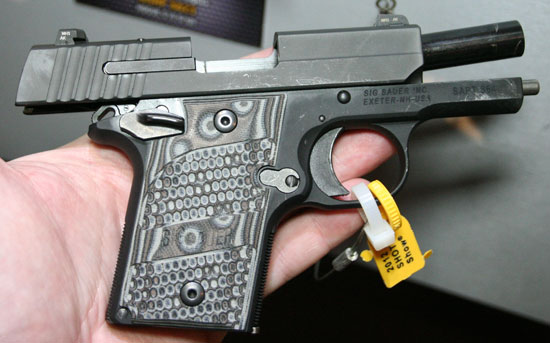 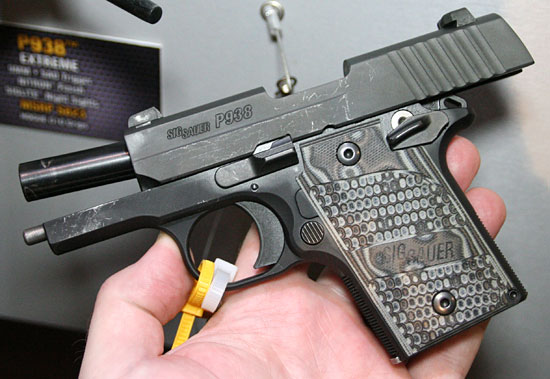 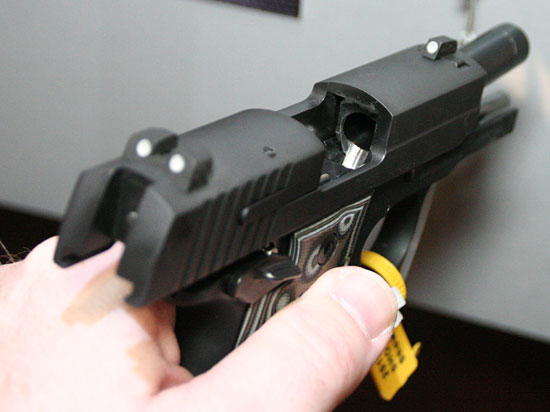 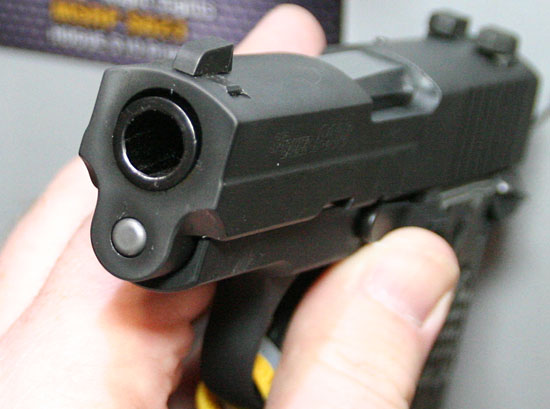 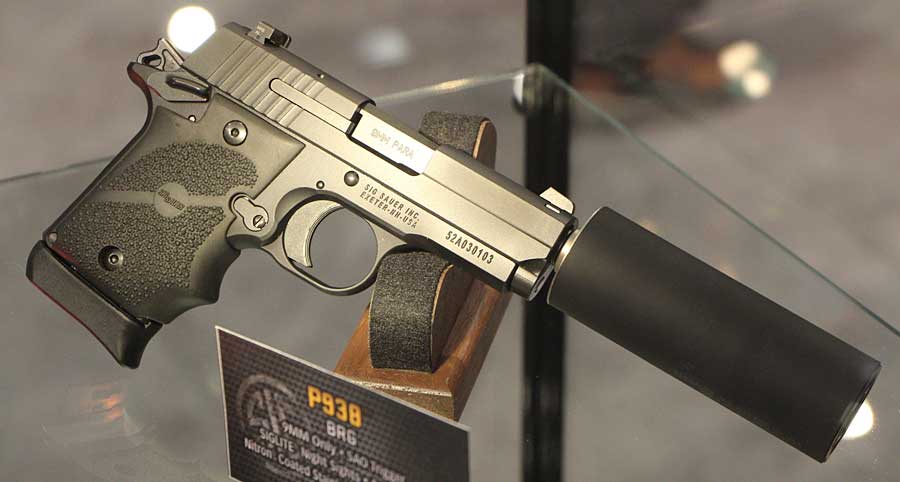 SIG Sauer had several of the popular P938 pistols on display. Â While the current P938 models have proved to be popular concealed carry handguns, more eyes were drawn to the display case featuring a special P938 equipped with rubber grips, a threaded barrel and a sound suppressor.

The displayed P938 BRG (presumably the BRG stands for black rubber grips) the same size and general construction as other guns in this series. Â However,Â insteadÂ of wood or metal grips, this one has rubber grips. 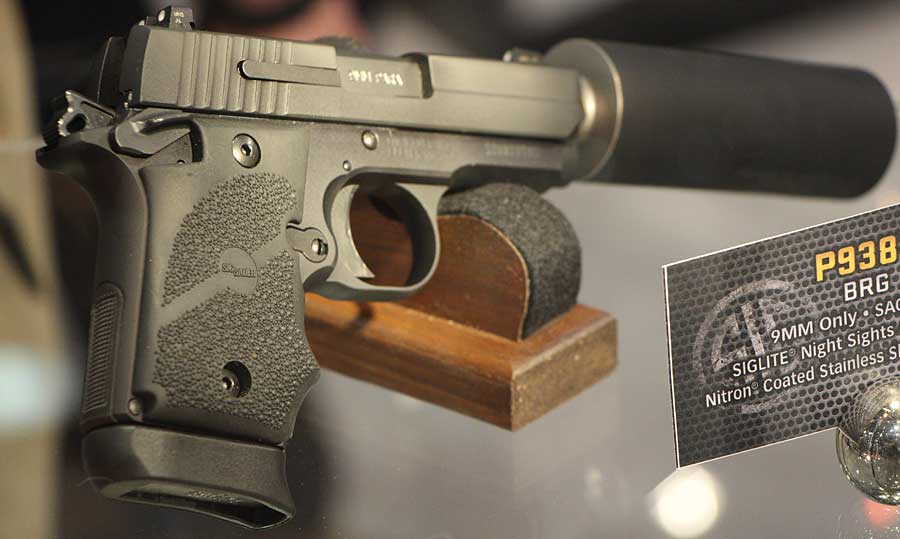 Also being shown was the P938 AG, where AG stands for aluminum grips. Â This specific model has durableÂ aluminumÂ grips instead of wood or plastic.

Both of these guns are single stack, single-action 9mm pistols. Â While the engineering is slightly more difficult than my petty description, the guns are “up-sized” P238 pistols made by SIG Sauer in .380 ACP. 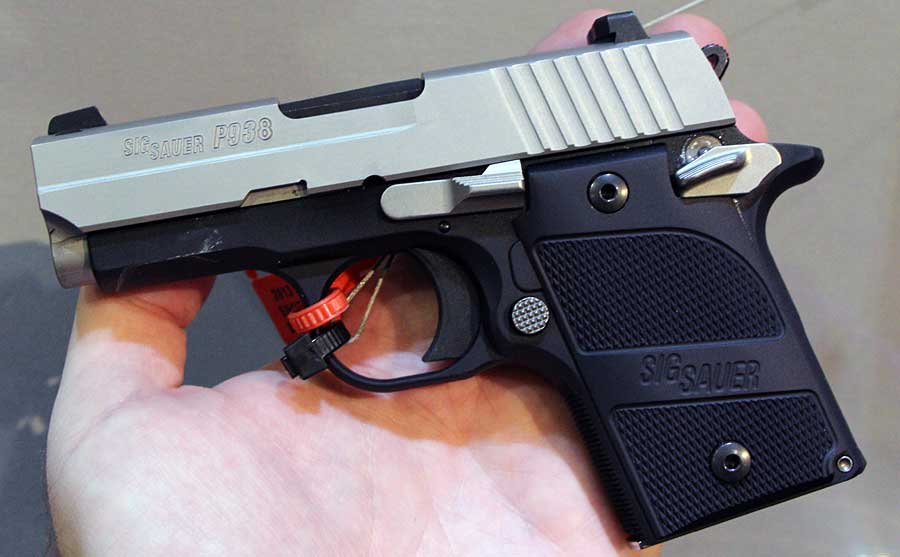 Recently, a friend of mine was looking at getting a P238 for concealed carry. Â I suggested the P938 to him. Â He eventually bought a P938 and is extremely pleased with it. Â He doesn’t feel that it kicks much more than the P238, but you get the more potent 9mm cartridge.

While I don’t know the situation where you would want a compact little gun with a can attached, but it surely has to help absorb muzzle flip and recoil. 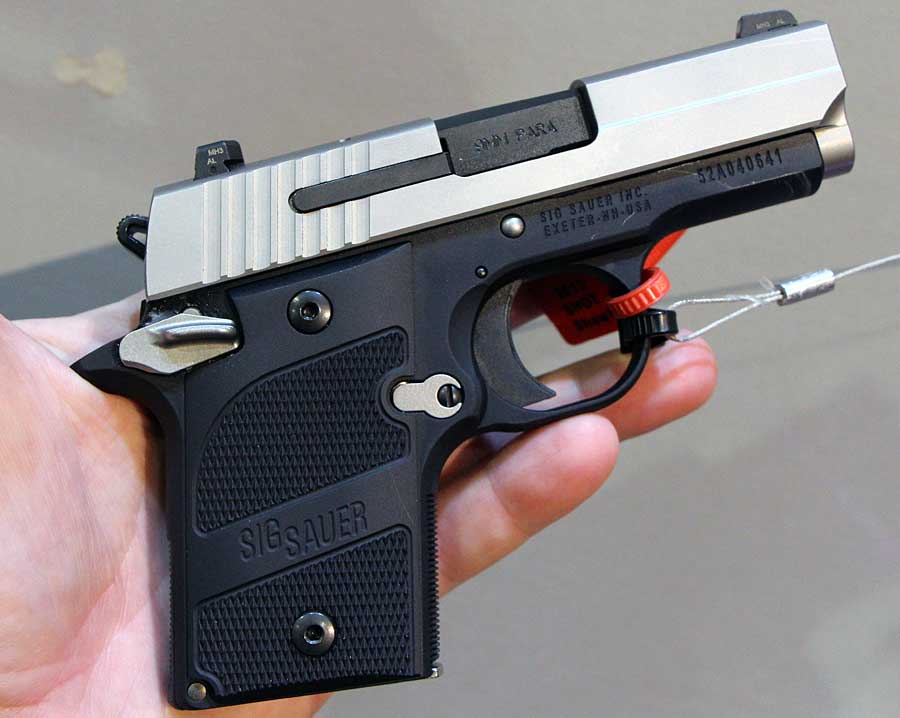 Ordered my P 938 today. Can’t wait to get it Only found one website advertising them for sale. They usually get some of the FIRST ships from Sig !!!

Still waiting for mine too. Prepaid and stocking 9mm’s

SOUNDS GREAT WHERE DID YOU SAY YOU ORDERED FROM? I REALLY WANT ONE REALLY REALLY BAD.

I ordered from buytelescopes.com in Oregon

Unlike the site url might suggest, the company does sell firearms, ammo and other products. I’ve never dealt with them, so I cannot comment on their service.