Shooting the MR762A1 was very enjoyable, like shooting anything H&K wouldnâ€™t be, right?Â  The features that H&K put into this 7.62 mm firing rifle make for a big rifle that feels like it is shooting smaller caliber ammunition. Recoil and trigger reset were very manageable and accuracy was dead on.

I fired 10 rounds at a swinging steel face popper placed at 100 yards, and hit every time. Well, actually I was able to shoot fast enough follow-up shots that by shot number 8 the target stand became unstable and fell over into another target – killed it dead! I then transitioned and finished with two hits on another steel target. 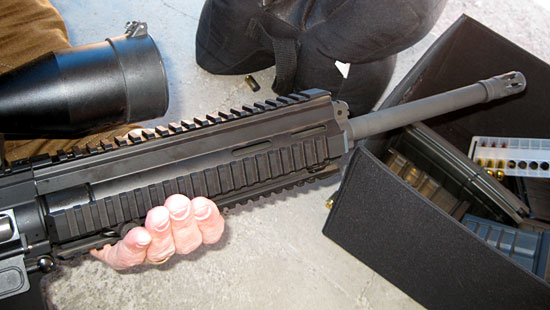 Iâ€™ll have a follow-up article to detail more of the features of the MR762A1, but I wanted to get this out to wet your appetite. If you enjoy the unique design features of H&K rifles then you will like what theyâ€™ve done here. 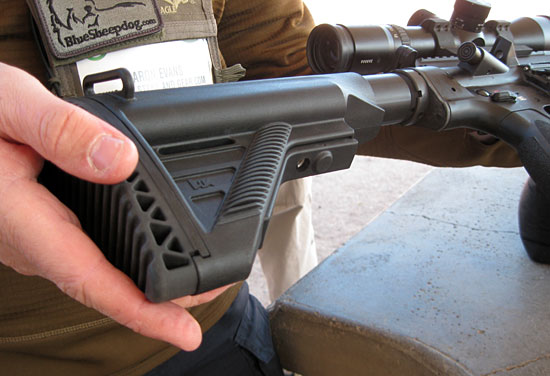 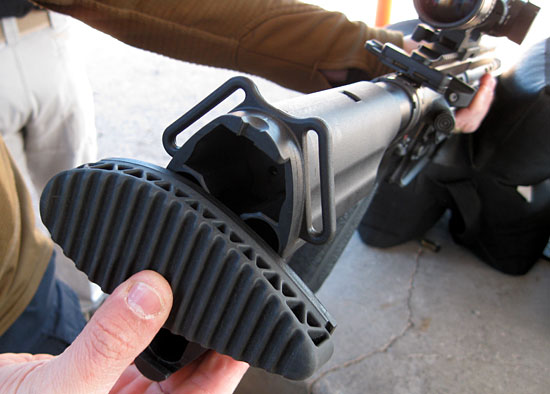 Original Article on the H&K MR762A1

TheÂ MR762A1 is a semi-automatic, piston driven rifle chambered for the 7.62×51 (aka .308) cartridge. Â Standard features on theÂ MR762A1 include a free floating quad rail, full lenth Picatinny-style rail for mounting optics and an adjustable buttstock.

According to H&K, the barrels are cold hammer forged in Germany. Â The rifles are then assembled in the United States. Â MSRP is $3995.