By now most readers will realize that there has been an explosion in rifle offerings in .300 Blackout (BLK). The .300 Blackout cartridge came about to fulfill the desires of shooters who wanted to shoot .30 caliber bullets, but didnâ€™t want to lose the capacity and weight advantages of shooting traditional 5.56mm AR-15â€™s. 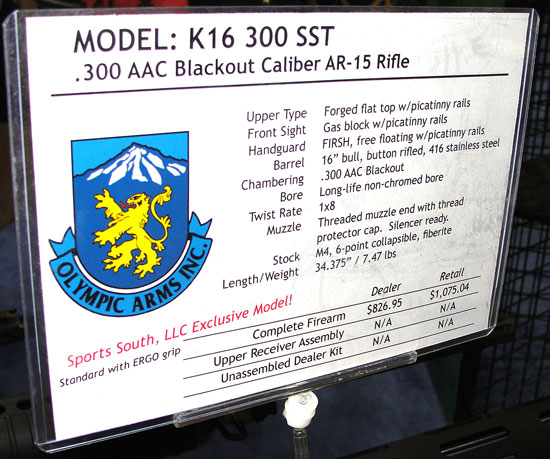 Interestingly the .300 BLK outperforms traditional 7.62x39mm AK ammunition in retained energy at distances of up to 300-400 meters. The round is also more efficient than the 5.56mm and therefore uses less powder. Advanced Armament Corporation (AAC) was the company to first develop this cartridge, which is basically (from what Iâ€™ve read) a SAAMI approved version of the .300 Whisper. According to the AAC website, there are over 60 companies that have announced or sell products for this cartridge, including reloading materials. 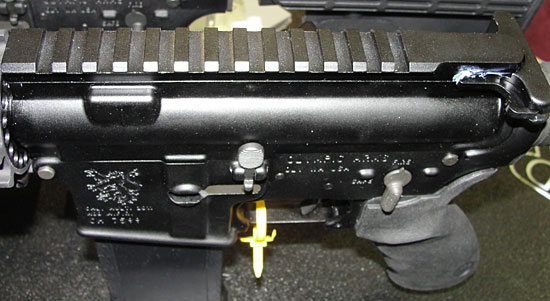 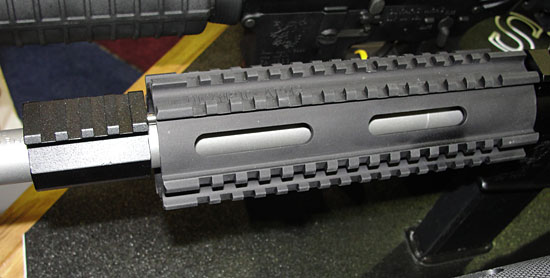 I have shot .30-30 with Hornady LeverRevolution ammunition, and I would guesstimate the effective hit range at only about 200-250 yards. Thatâ€™s with getting around golf ball sized groups at 100 yards. Thatâ€™s much better than traditional round nose .30-30 ammunition, which I would say is only good to about 150-200 yards, but not quite as good as the new .300 BLK standards. As such, hunters and long distance shooters have another great cartridge to consider when going into the field. 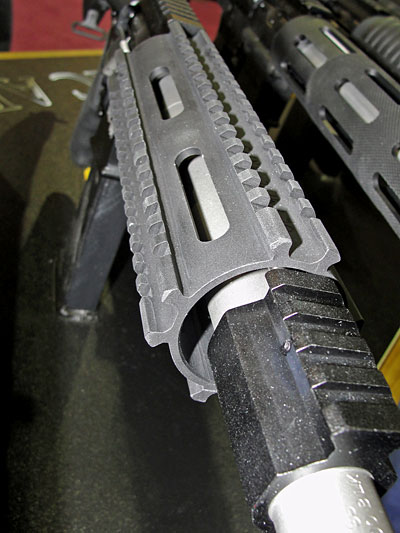 I have a friend that has been putting together a .300 BLK rifle. Now that I know more about them, I have to admit that Iâ€™d love to have a .300 BLK AR-15 for hunting and personal defense uses alike. I like the AR-15 platform. To have the capacity, and similar weight of traditional 5.56mm cartridges, while improving overall ballistics out to almost all hunting and personal defense ranges, is a great benefit.

With more and more of the big manufacturers including these rifles and ammunition in their inventory, Iâ€™d say that this cartridge is here to stay, and thankfully so. And the Olympic Arms K16 .300 SST appears to be a real competitor in this market.

I guess I’m not familiar with where you are from to compare weapons skills of military and police personnel.

As I mentioned, I don’t think you would need to completely eliminate one rifle over the other – simply mark them adequately so that the wrong ammunition doesn’t get into the wrong gun.

American military units frequently carry a variety of weapons in 5.56mm and 7.62x51mm. Weapons recognition training allows the units to use the different caliber weapons without issue. This involves both personal and squad automatic weapons. Each has benefits and limitations.

I agree that it may be simpler or more cost effective to choose one caliber and stay with it.

Although I have reservations about two similar sized cartridges I would like to have an AR upper in 300blk, a bolt gun with a 16 inch barrel would also be nice.
I just wanted to relay to people my stupid mistake in having the wrong cartridge in a gun, learn from my mistakes. Always check the cartridge. I read that the DSARMs 300 Blk upper is not even marked with the calibre (according to a customer comment). A recipe for disaster.
I have been shooting for a number of years and have seen lots of military, police and prison guards shoot, Not all are knowledgeable and some I felt were dangerous.
One calibre would be great, but that would never happen, lets hope we never discuss the perfect handgun round

The DSARM’s 300 BLK without markings does sound like a disaster. The shooter needs to know what they have, especially in a similar platform.

I agree – we don’t need a “perfect” handgun or pistol round – the more the better!