If youâ€™re into rock-n-roll, shooting, hunting, or youâ€™re into all of the above, then youâ€™ve probably heard of Ted Nugent. For a long time, Ted has been a very outspoken advocate of gun rights and hunting. Some might even raise him to the level of a crusader for the promotion of guns and the right to use them. 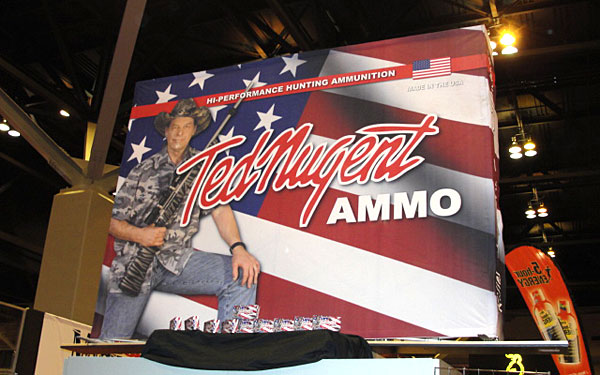 In addition to a very successful singing career, Uncle Ted, as heâ€™s affectionately known, has become a familiar face to those who watch the Outdoor Channel or other hunting and shooting venues. Ted has his own hunting show, where he shows off his incredible ranch in Texas and hunts a variety of game animals with an incredible selection of fine firearms and bows.

Well, now Uncle Ted has decided to add his name to a brand of ammunition. Distributed by American Tactical out of Rochester, NY, the Ted Nugent Hi-Performance Ammunition is not going to be a gimmick cartridge. On the contrary, Mr. Nugent has demanded the very best for his name to be associated with.

Bringing together a dream team from Barnes and Speer, Uncle Tedâ€™s Hi-Performance ammunition uses Triple-Shock X (TSX) and Tipped TSX bullets. I have used Barnes Triple-Shock X bullets the last couple of years while deer hunting, and I can attest that they are very effective at dropping big game animals. The Tipped TSX bullets are probably even more devastating as the rubber-tipped bullet allows for a larger and more controlled expansion upon impact.

The Ted Nugent rifle cartridges are made in the following popular calibers: 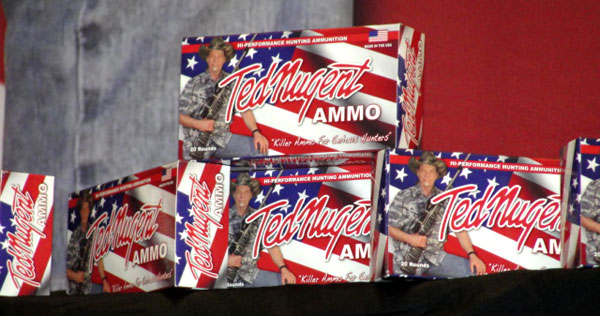 In addition, the Ted Nugent Hi-Performance bullets use Uni-Cor (UHP) projectiles from Speer. These bullets are designed to provide extreme accuracy and high weight retention for quick kills – of either 4-legged or 2-legged animals.

If youâ€™re interested in a high-performance cartridge it would appear that the Ted Nugent ammunition line is a viable option. The American flag draped box with a picture of Uncle Ted holding one of his favorite rifles, is sure to be a conversation starter.

One reply on “Ted Nugent Ammo”

[…] Ted Nugent Ammo Surviving the Street: Guide to Concealed Carry of a Firearm Essential information on concealed carry. This book has just the basics – not a lot of fluff to get bogged down in. Easy to read, Surviving the Street introduces the reader to the important information you need as an armed citizen. The author presents frank information about self defense in a way that is easy to understand and use. Other articles that will amaze you: […]