Magpul has become synonymous with high-quality accessories and furniture for the AR-15 market. Stopping by their booth I was surrounded by familiar items, and a brand new one as well. The new Magpul Maglink, an AR-15 magazine coupler. 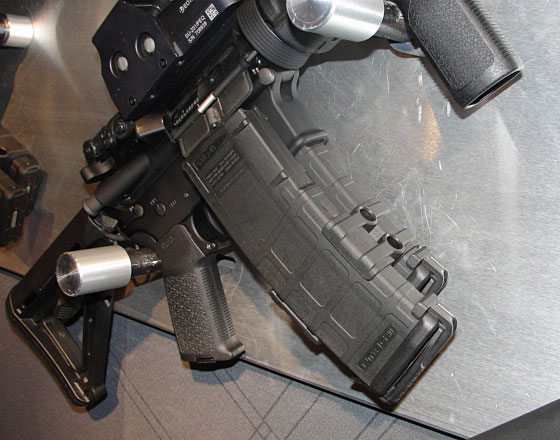 The Maglink has the following features:

Loosen the screws to allow the magazines to slide into the coupler. When you have them in the desired position simply tighten the screws. For most who use a coupler, one magazine is secured slightly higher than the other. This helps in making magazine transitions easier.

One thing I noticed about the Maglink as opposed to other couplers, is that this coupler has an incredibly tight feel to it. Iâ€™ve used metal couplers before, even ones with a retention lever, but there always seemed to be a little play in them. Especially at the top of the magazines where there is less support. Not so with the Maglink. It felt as if the two magazines and the Maglink were made as one item. 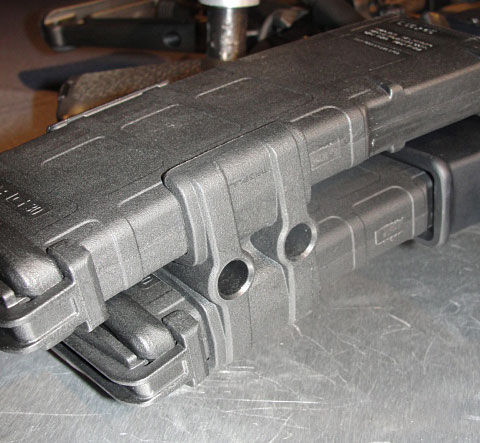 WHY USE A MAGAZINE COUPLER?

A magazine coupler has many advantages, but realistically may be more suited to military and law enforcement use. Perhaps a civilian in a shooting contest might find some use in the coupler, but for the most part civilian shooters will probably be fine with a single magazine.

The magazine coupler allows the shooter to secure two magazines together. With that configuration, a shooter has opened a wide range of options in shooting situations. 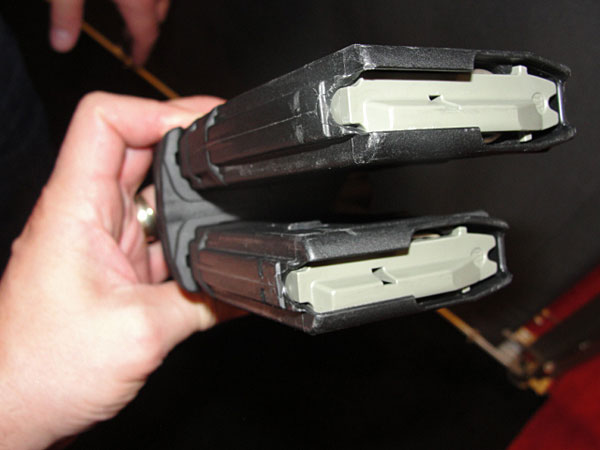 There are many items on the market that can be advertised as â€œTacti-coolâ€. And thatâ€™s about all that can be said for them.

Magpul is definitely â€œTacti-coolâ€, but they also produce products that are based in solid shooting principles. Having Special Forces operators in key positions in the company, you know they are more concerned about producing practical items, rather than fancy stuff. And they are constantly applying feedback from the users in the field for improving or creating new products. From their tremendously popular PMAG to their MBUS folding sights, to their variety of rifle stocks, Magpul has excelled in producing winners. 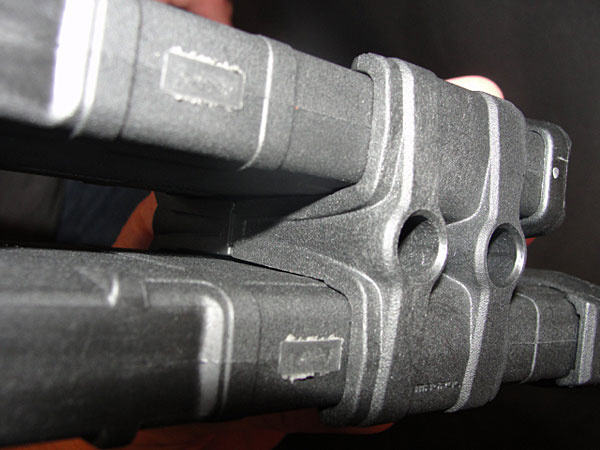 I must admit that Iâ€™m a huge fan of Magpul products, and have several items myself. I use Magpul PMAGs at work and at home, and my S&W M&P15 came tricked out in Magpul Flat Dark Earth furniture. The Maglink is another great product. Iâ€™ll be owning one as soon as they hit the stores this summer.

Any recommendation for a holster for a coupled pmag setup?