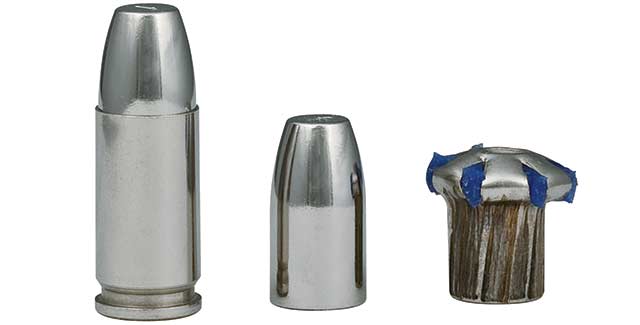 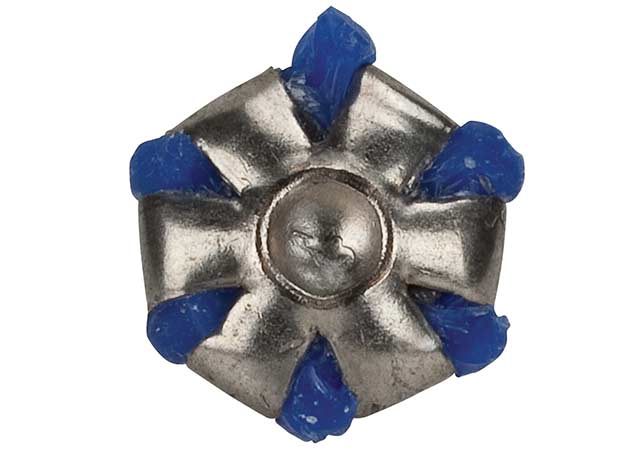 In the above video, Aaron caught up with the folks at Federal for a run down on the ammo loads and a look at how the bullet expands.

In the following video, Mike Holm gives us a rundown of the ammo from the SHOT Show, albeit with better audio:

The rounds are currently available in 9mm, .40 S&W and .45 ACP. The bullets are all relatively light for the caliber:

According to Federal, the lightweight design combined with the relatively fast velocities help the bullet to deform quickly. When encountering a barrier – such as wallboard – the bullet tends to penetrate much less than conventional hollow point designs. While this may not be ideal for a law enforcement officer, this could be a very good option for a citizen who is shooting inside his own residence. 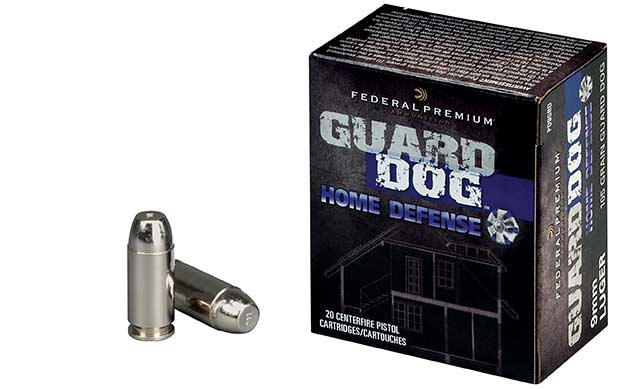 Update – The National Rifle Association awarded Federal with a Golden Bullseye Award for Ammunition Product of the Year in recognition of this line of ammunition.

[…] Federal Guard Dog Ammunition Surviving the Street: Guide to Concealed Carry of a Firearm Essential information on concealed carry. This book has just the basics – not a lot of fluff to get bogged down in. Easy to read, Surviving the Street introduces the reader to the important information you need as an armed citizen. The author presents frank information about self defense in a way that is easy to understand and use. Other articles that will amaze you: […]