As mentioned in a previous report of SHOT Show rumors, Winchester Repeating Arms is re-introducing the classic Model 1873 short rifle in 2013. Â Considered by some as “the gun that won the west,” the new version of the classic lever action rifle will be chambered for the .357 Magnum and will also short the mild .38 Special cartridge.

The model 1873 has an oil-finished walnut stock with a straight grip. Â The stock has a true-to-the-original crescentÂ butt plate. Â The metal is all blued steel.Â The Winchester 1873 has a 20″ round barrel and a full length tubular magazine. Â The magazine will hold 11 .38 Special or 10 .357 Magnum cartridges.

Winchester has designed a brass carrier block so the gun ejects empty cases away from the shooter. Â As a guy who has caught more than one hot piece of brass on the forehead, I can appreciate any gun that throws cases away from me. Â Also, aÂ new firing pin block is part of the model 1873 to help prevent any accidentalÂ discharges. 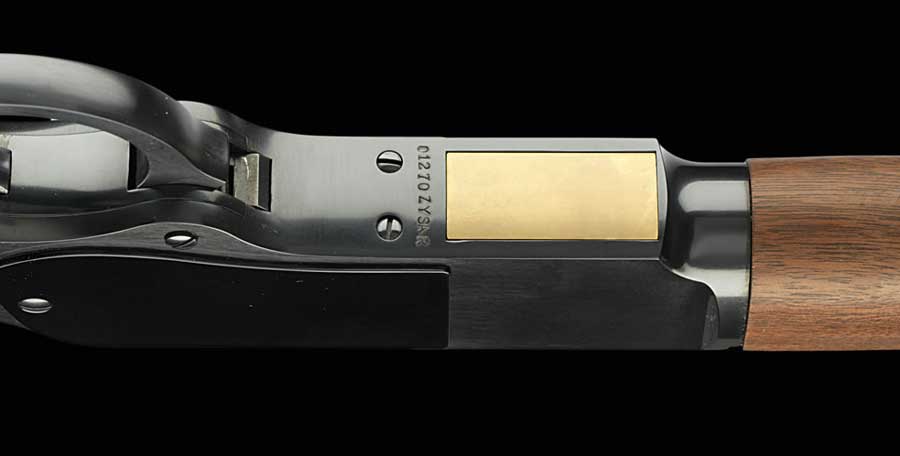 Like almost all of Winchester’s firearms, this one is not made in the USA. Â Winchester’s Japan plant manufactures all of their historical guns, including the 1894. Â The model 1873 is manufactured outside of Kochi, Japan. Â I suppose it is somewhat ironic that a country with extremely strict gun control (Japan) is making guns for a US-based company. Â But, then, I don’t know that any of the guns being made in other countries are easily available to their own citizens. 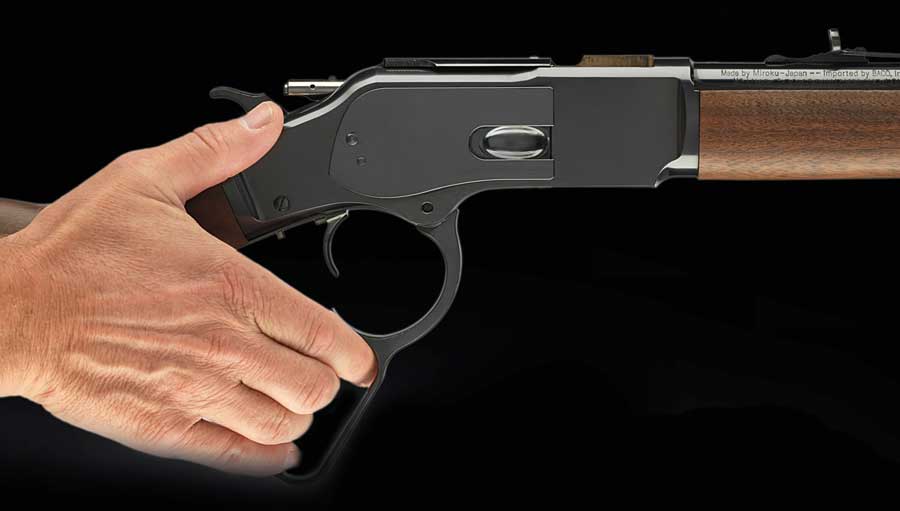 While the semi-buckhorn rear sights are original to that era, I can’t help but laughing recalling a forum thread on them in which on commenter stated they were a “tool of the devil” that had been used to protect deer from being shot. Â While that is an extreme exaggeration (or is it?), I can certainly appreciate the sentiment.

We’ll try to get you some more photos of the 1873 at the SHOT Show next week. 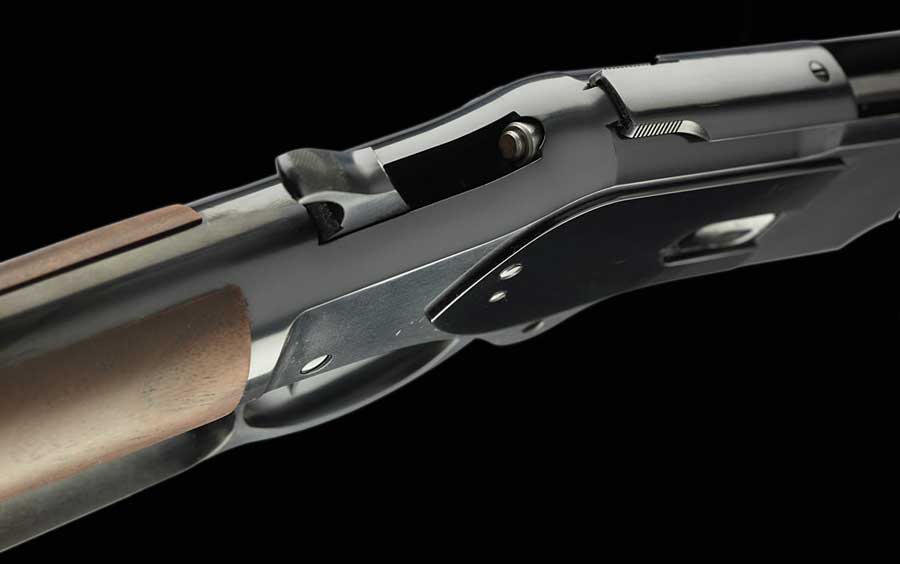 Nice rifle, great idea to bring it back. However, I think they made the ” made in Japan……imported by….” so big it is distracting and obnoxious. This could have been done in a subtle manner. It takes away from the historical feel….big mistake in my opinion.

I agree – I was going to buy one yesterday till I saw that. I agree they could have put the traditional Winchester name where it should be and put the manufacturer & importer is a less obvious place. I pass on this one.

I want one, but with those big letters stating MADE in JAPAN, I will pass also. I’ll get a Uberti instead.

Well, I don’t like the “made in Japan” aspect of the rifle, but it is sure better than “made in China”.

I had the same reservations about Japan until my kid spent 4 years working there as a teacher. They treated him like royalty. My visit there dispelled any preconceived notions.
They love Americans and American products especially the Bourbon I gave to one of my son’s Japanese friends. I am thinking of buying this rifle and am not turned off by its origin.

No disrespect meant to the Japanese. Their repect for fine craftsmanship from sword to bow to sushi is impressive. My concern was strictly about the Made in Japan being too big as Mossback said. Big Winchester for an authentic look with a subtle made in Japan………..it is a recreation of a piece of history nd should carry that look.