In 2012, Magpul announced a line of shotgun accessories, and one year later Remington announced an 870 Express Tactical shotgun with those fixtures as standard features. Â The new Remington 870 uses a Magnum SGA buttstock and a MOR fore-end.

The Remington 870 shotgun is extremely popular for self-defense and police work. Â I’d venture to say that at least half of the law enforcement agencies in the United States has the 870 as standard equipment in the patrol car. Â Likewise the guns are extremely popular with citizens wanting serious firepower to defend their homes.

Adding the Magpul tactical accessories makes a lot of sense for Remington, as the Magpul gear is seen by many to be Ã¼ber-cool for tactical guns. Â Beyond that, a lot of the Magpul gear has proved to be reliable in extreme conditions. Â The company’s PMAGs for AR15/M4/M16 rifles are wellÂ respectedÂ by many who have beenÂ downrange.

But the stock and fore-end are not the only upgrades to this pump gun. Â The gun comes standard with ghost ring style sighs from XS Sights. Â Additionally, there is a Picatinny rail on top of the receiver for the easy addition of a red dot or other optic if so desired.

The 18.5″ barrel is topped by a stand-off device. Â This allows for easier, safer breaching as needed. Â It also make a nice,Â impromptuÂ “get off me” device.

The magazine is an extended mag, holding six rounds instead of the basic 870’s four. Â The magazine, barrel and receiver are all finished with a Cerakote coating to help improve the gun’s resistance to corrosion and the elements.

Overall weight of this 870 Express Tactical is 7.5 pounds and MSRP is $871.52. Â I would expect a street price around $799, perhaps a bit lower. Â In the current hot market, all bets are off. Â Anything tactical is selling very quickly. 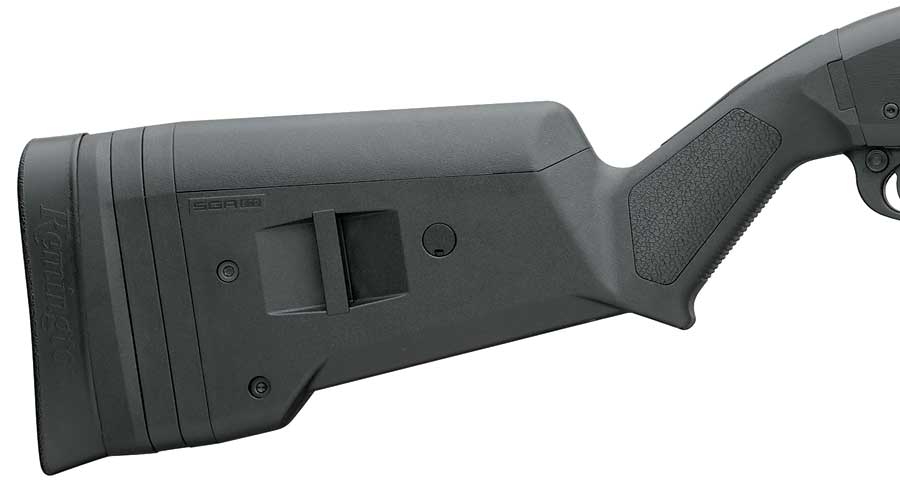 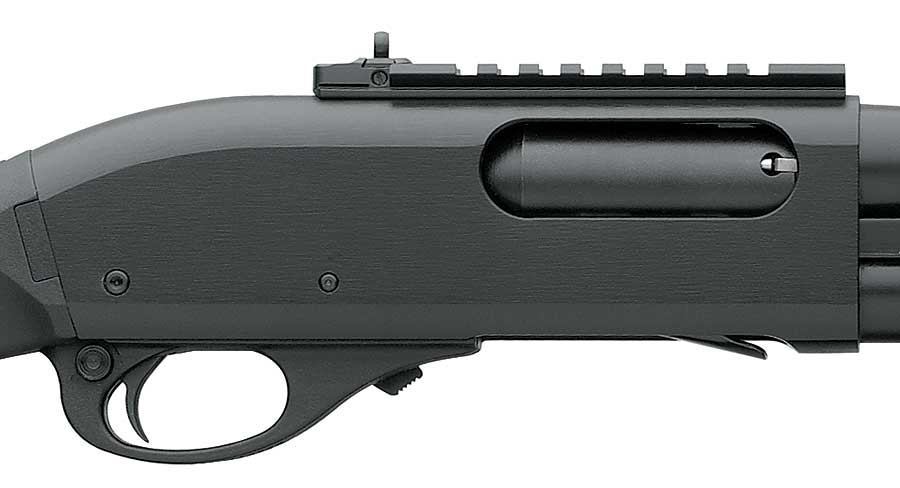