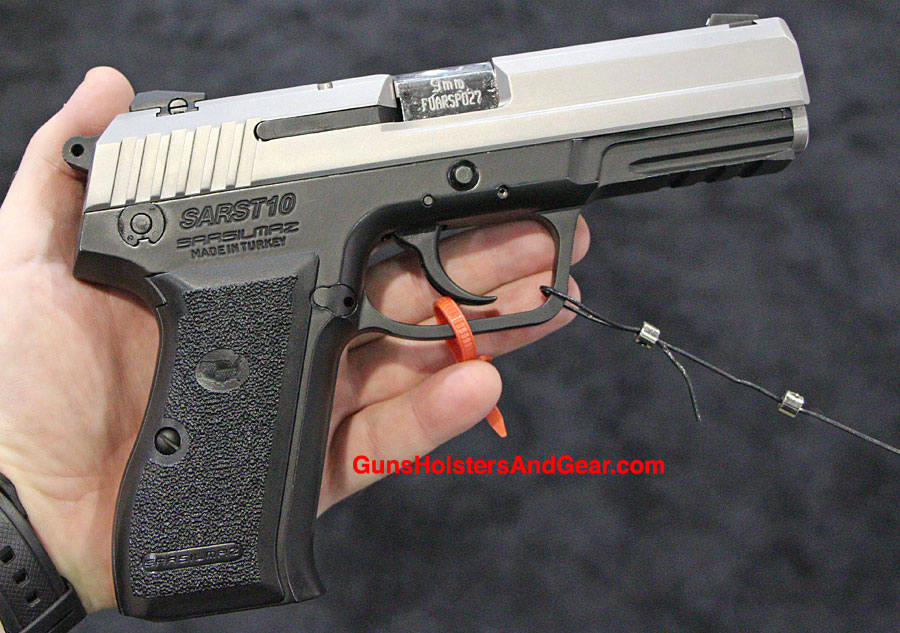 I got a chance to handle the Sarsilzmaz SAR ST10 pistol at the 2013 SHOT Show, and I was impressed by the apparent build quality and feel in the hand.  The handgun felt to be roughly the same size as my SIG P226, but a touch lighter.

The manual safety does not act as a decocker.  To take the gun out of single action and return it to double action, the shooter has to hold the hammer, pull the trigger and slowly ease the hammer down. 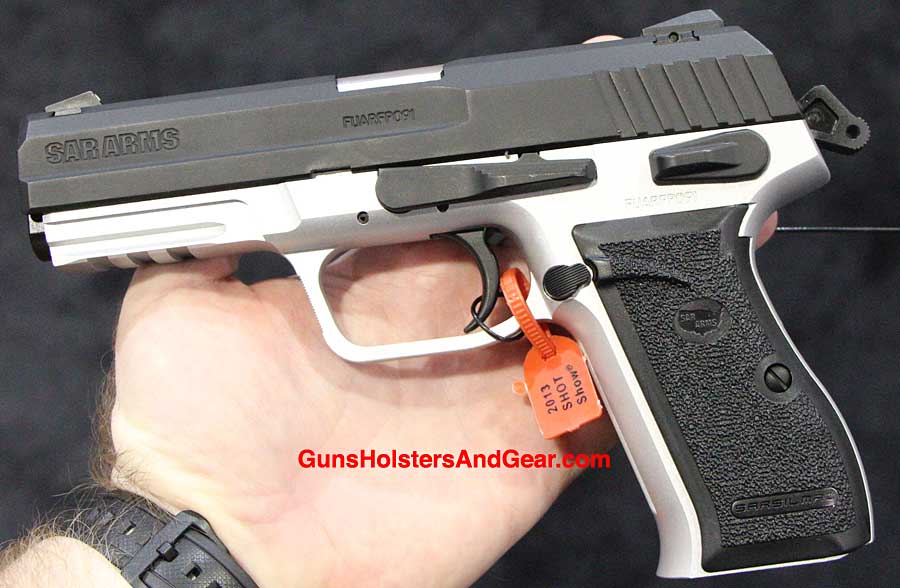 The ST10 pistol does not have a magazine disconnect safety.  If you pull the trigger with the magazine removed, the hammer will fall and a round inside the chamber will discharge.  The SAR ST10 does have a firing pin block that will prevent an accidental discharge from a fall (aka a “drop safety.”)

The Sarsimaz ST10 has a traditional push-button style magazine release.  It is not ambidextrous or reversible.  The magazines hold 15 rounds according to the literature provided at the SHOT Show and the Sarsilmaz website.  However, the EAA, the importer of SAR pistols into the US, lists the magazine capacity at 17 rounds on its website.  It is possible that the US version has been upgraded to the higher-capacity mags. 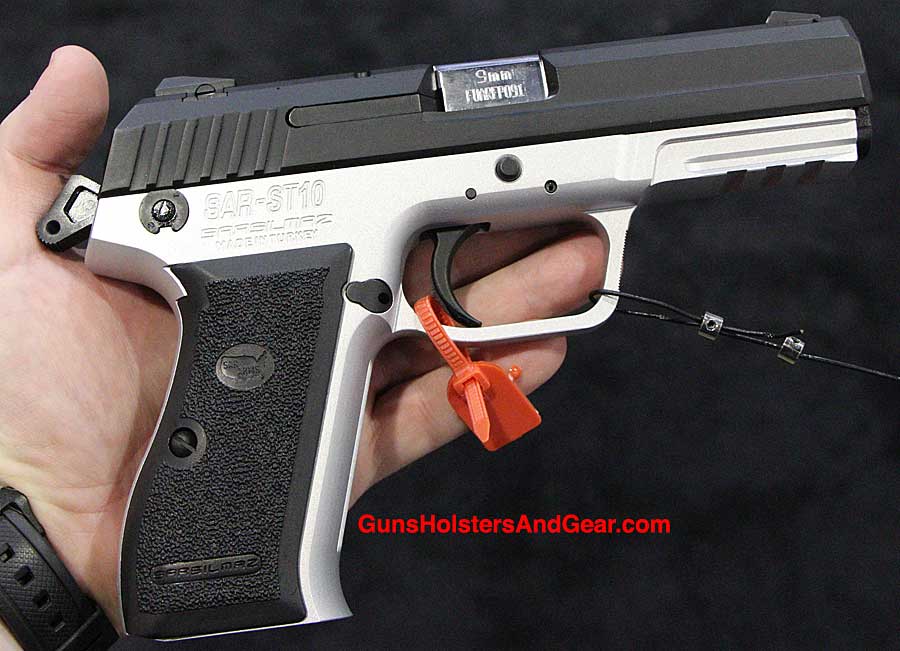 The SAR ST10 has an aluminum alloy frame with a steel slide.  The black-toned slide is a forged allow steel, while the matte silver colored slide is made of forged stainless steel.

The sights are a fixed, three-dot set up.  The sights are dovetailed into the slide, meaning that replacement should be fairly straightforward with the correct based after-market sights.  One thing that I do not like is the slicked rear sight.  While some people like this design to make it less like to get hung up during a draw, I dislike it because it makes the gun much harder to run one handed.  Clearing malfunctions and doing reloads are much easier when the rear sight can be used to rack the slide.  Your opinion may vary. 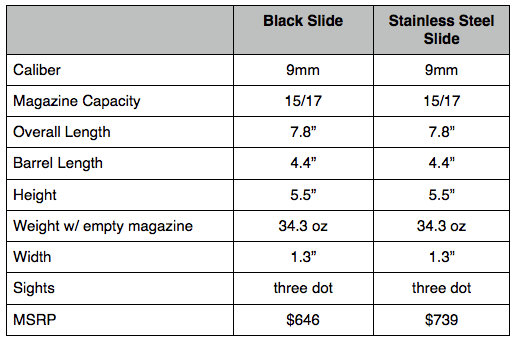 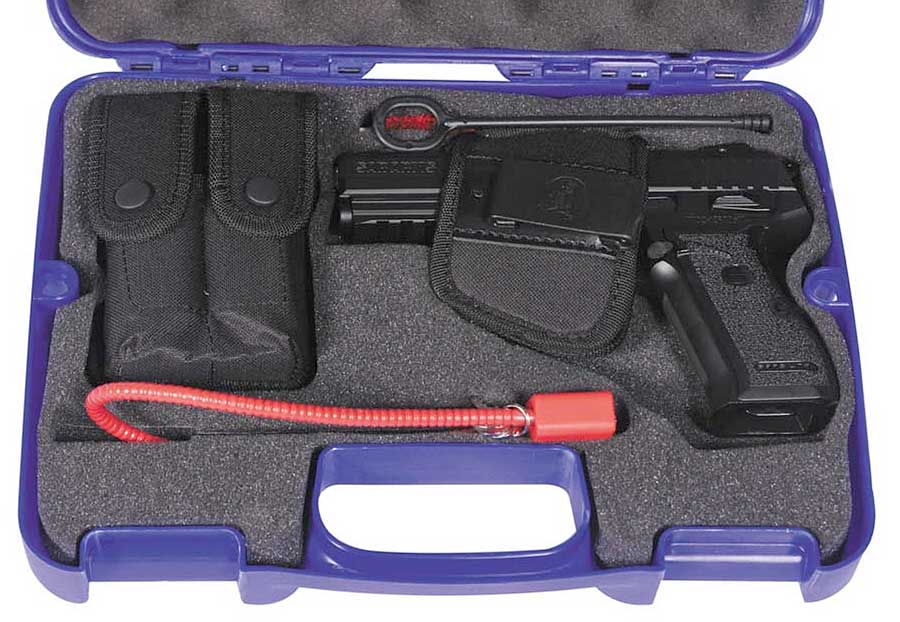 The ST10 pistol is made in Turkey by the Sarsilmaz company.  Sarsilmaz is a family owned company that has been making firearms for more than 100 years.  The ST10 is just one of the many firearms the company manufactures.  They have a lot of different handguns and shotguns currently in production.

The company also makes revolver chambered for the .357 Magnum.  Called the SAR 357 in the United States, the same gun is called the SAR 38 in other areas of the world. 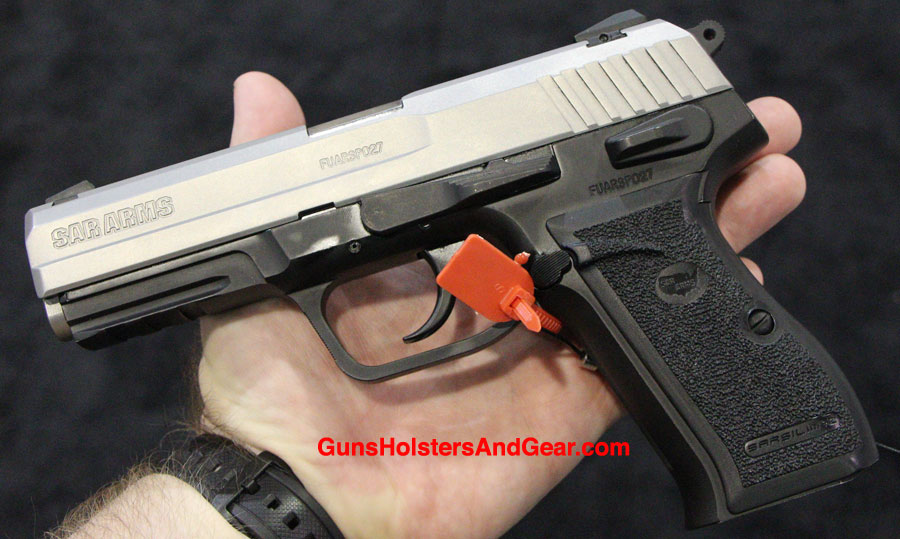 Looks a lot like an HK USP too. Mag release is the only thing I see different.