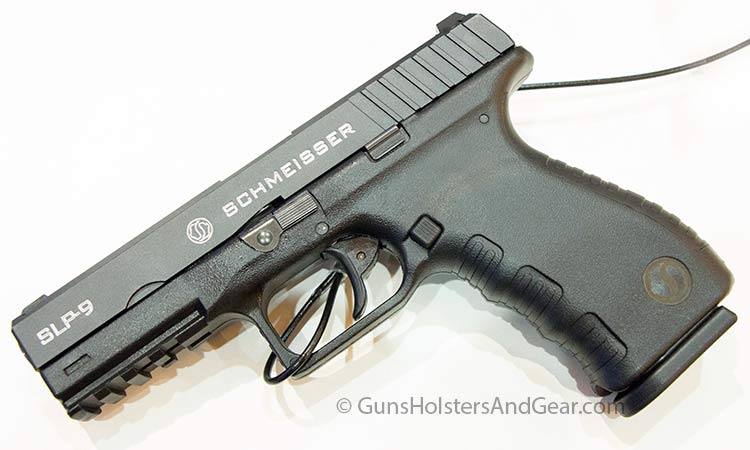 At a time when there are already many very good pistols on the market, it can be difficult to stand out. It seems that theÂ Schmeisser SLP-9 just might be one of those pistols that will differentiate itself enough to do well in this market.

Building excellent products at reasonable prices is the company’s goalÂ according to Jochen Wurster ofÂ Schmeisser GmbH. I met Wurster at the 2015 NASGW Expo in New Orleans when I stopped to take a look at the company’s new SLP-9 pistol.

The gun is a duty-sized handgun in the same size category as the Glock 17 or the Smith & Wesson M&P. It is chambered in 9mm and holds 17 rounds in the magazine. The magazines are metal, and the release is ambidextrous. 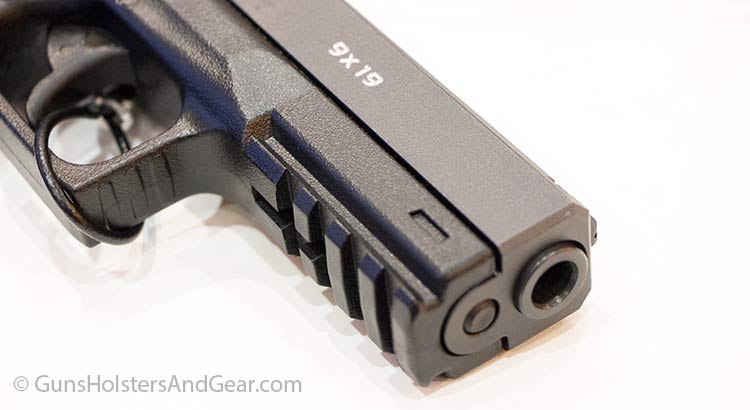 Like many of the modern pistols, the SLP-9 uses a polymer frame and is striker fired. The guns come with additional backstraps to allow for grip sizing to better meet the hand sizes of wide range of shooters.

Although striker fired, the gun’s trigger system works like a double-action/single-action (DA/SA) pistol. The initial trigger pull is relatively long, though smooth and even. After the shot, the trigger has a very short reset that allows it to shoot again.

Essentially, shooting the pistol would seem to be similar other striker fired guns. If you ride the trigger for a short reset – you get it. If not, it still works at the same pull weight from the longer position. 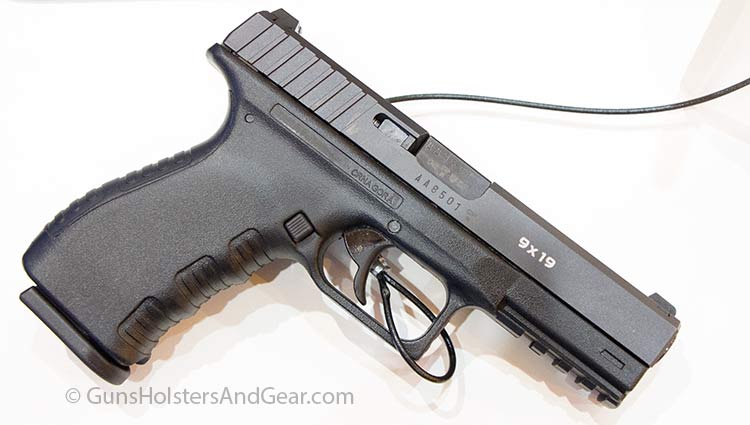 The trigger system allows for the “second shot” capability (attempting to fire a round that failed to go the first time) without changing the feel of the trigger system. Every pull – DA and SA – felt to be the same weight.

One of the things I truly liked about the trigger is that it has a strong return that pushes it quickly out to the reset point. By easing off the trigger after a shot has fired, the trigger nearly jumps to the reset position. Follow up shots could possibly be very fast with this set up.

Disassembled, the SLP-9 looks similar to many other modern pistols. It uses a flat recoil spring in a captive configuration. The barrel and other metal parts appear very well machined and fit together precisely. All of the metal is Tenifer treated.

The SLP-9 uses metal sights, not plastic, for durability reasons.

Wurster said the company is now in the process of finding an importer in the US to handle distribution of the company’s products. He expected that the importer decision would be made soon and hoped that the first pistols would ship in the Spring of 2016.

The projected MSRP of these new pistols? $499.

Wurster stated several times that the company employees are active shooters who understand the need for a defensive pistol to work reliably. He also said that the company recognized that the guns need to be reasonably priced so the consumer can afford them.

I will follow up with Schmeisser at the SHOT Show in January to see where things stand at that time. This gun looks promising, so I hope they can navigate all of the problems associated with engineering a new gun AND importing it into the US.

Now they need to make a 5″ barrel version.