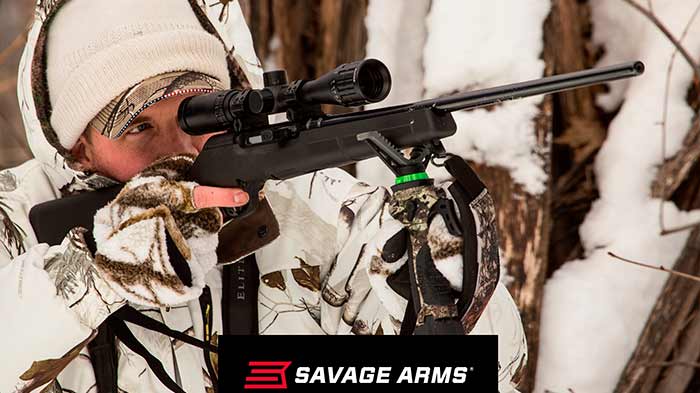 For the 2016 SHOT Show, Savage Arms pulled the cover off of its new .22 Magnum rifle called the A22.

Based on the company’s ingenious A17 rifle that was introduced at the 2015 SHOT Show, the new A22 is chambered for the .22 WMR rimfire cartridge. The company is using the same delayed blowback operation developed for the A17 rifle in this gun to ensure safe, reliable operation.

The new A22 Magnum will have a 21″ barrel and black synthetic stock. The barrel and receiver have a blued finish.

The guns use a detachable rotary magazine that hold 10 rounds. For Savage fans – yes, the guns have the company’s AccuTrigger as a standard part.

The suggested retail price on these new guns is $473.

What is interesting is what was not said in the Savage Arms announcement. There was no mention of the .22 LR in the announcement, which is a bit curious. The company now has a new model semi-automatic rifle for two of the hottest running rimfires – the .22 WMR and .17 HMR – but no announcement about an updated offering for the extremely popular .22 LR round.

A check of distributor catalogs, however, suggested there may be a version of the A22 chambered for the .22 LR after all.

According to the information I was given, the .22 LR version of the A22 will be very similar to the .22 Mag gun. It will have a 22″ barrel (instead of 21″) and 10-round rotary magazine. This rifle will also have a black synthetic stock and a blued finish.

The .22 LR gun would be less expensive at only $281. I would guess that the cost savings are realized in a less expensive action. Instead of the fancier delayed blowback needed on the higher pressure rounds, the .22 LR would likely have a straight blow back design.

One other thing of note: Savage Arms appeared to have changed the company’s logo. Previously, the company has used a logo that depicted a Native American with a headdress:

The new logo is something less distinctive, but more modern:

2 replies on “Savage A22 Magnum Rifle”

You can’t have my gun and you can’t have my Savage Icon. The words “The Definition of Accuracy” is what I think of when I see the old icon. Not the word Savage. Michael Savage.