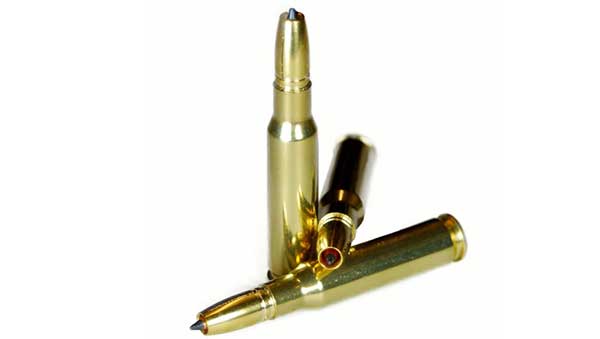 If you are looking for a .308 caliber rifle bullet for subsonic use, you might be interested in the new projectile from Lehigh Defense. The new bullet is a 176 grain projectile that is specifically designed for subsonic use when loaded in a .308 Win and 300 BLK cartridges.

According to Lehigh Defense, the bullet employs the company’s Controlled Fracturing Technology. This is a specific way that the bullets are made so they will reliably expand after a predetermined penetration depth.

The bullet has a large hollow point cavity. Inside the hollow point is a sabot-like piece of metal. Once expansion begins, three pre-stressed petals peel back and break off while the core continues to provide deep penetration. The center piece also forms a wound channel.

LilGun seems to be a good powder for a variety of 300 BLK loads, but I would be interested in seeing if anyone works up some good loads for this bullet with the recently announced Hodgdon CFE BLK powder.

The aboveÂ video is from Lehigh Defense showing a 170 grain version of this projectile loaded in a 300 Whisper cartridge. Although shooting watermelons and such aren’t terribly helpful, if you skip ahead to about 1:54, you can see the performance of the bullet in flesh. (Warning: If you don’t like hunting, don’t watch the video.)

Beck Defense is offering this bullet in a .308 load. According to the company, this load is moving at 1,010 fps from a Remington 700 with a 20″ barrel – well under the supersonic threshold. Â It should be noted that Beck Defense does not recommend the use of this ammo in a Savage rifle due to wide velocity spreads.