MEC is well known for its high quality shot shell reloading equipment, but has not really attacked the metallic reloading market. That seems to have changed.

Standard 7/8-14 threaded dies are used in this press, and it should be compatible with any of the dies currently being made by Lee, Hornady and others.

Right now the pistol and rifle loading market is represented by several quality manufacturers including Hornady, RCBS, Lyman, Dillon and Lee. (Note: You should definitely read the book Modern Reloading by Richard Lee.) MEC is already established in the shotshell market, so it will be interesting to see if the company can gain a foothold with metallic loaders. Competition is good for us consumers, so I hope MEC does well.

If you are looking for a .308 caliber rifle bullet for subsonic use, you might be interested in the new projectile from Lehigh Defense. The new bullet is a 176-grain projectile that is specifically designed for subsonic use when loaded in a .308 Win and 300 BLK cartridges.

END_OF_DOCUMENT_TOKEN_TO_BE_REPLACED 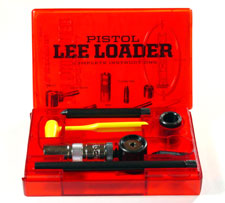 Reloading cartridges in the field is something that has been done by hunters and partisans for as long as we have had firearms.Â  Modern soldiers and sportsmen have access to seemingly unlimited supplies of factory loaded ammunition, but handloading ammo while in the field is still a great skill to learn.Â  You never know when the zombies may show up, or the Cubans paratroop into your town (see: Red Dawn).

For handloading while on the move, there are two kits made by Lee Precision that fit the bill.Â  They both work, and both are inexpensive.

The first option is the Lee Loader.Â Â  The Lee Loader is a simple kit that contains everything you need to reload a single caliber (minus the components: powder, primer, bullet, brass).Â  This kit allows you to use a hammer, rock or another heavy object to decap, resize, seat a new primer, add the powder and seat a bullet in about 30 seconds.

END_OF_DOCUMENT_TOKEN_TO_BE_REPLACED 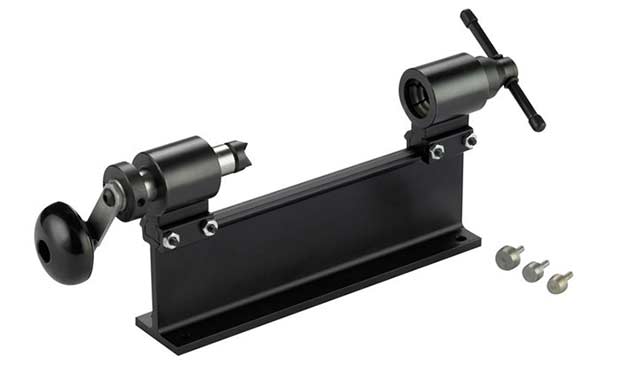 RCBSÂ introduced a new high capacity case trimmer for handloading and reloading. The High Capacity Case Trimmer is designed to handle big bore cases such as the .50 BMG and .416 Barrett cartridges.

The High Capacity Case Trimmer is backed by the RCBS lifetime warranty.

When this case trimmer was introduced in 2008, the MSRP was $109.95. Â As of October 2014, the MSRP was up to $162.95. Â That’s a significant price increase and reflective of the economy at large, unfortunately. Â The good news is you can click here and get your RCBS High Capacity Case Trimmer Kit for a lot less.