The Caracal Assault Rifle 816, or CAR 816, is a piston-operated M-4 type carbine that was introduced earlier this year.  The gun uses a two-position gas port for normal operation and suppressed shooting.  Rate of fire is listed as 850 rpm. (Ed. note:  See the September 2013 update at the bottom of the article regarding the gas port and rate of fire.) 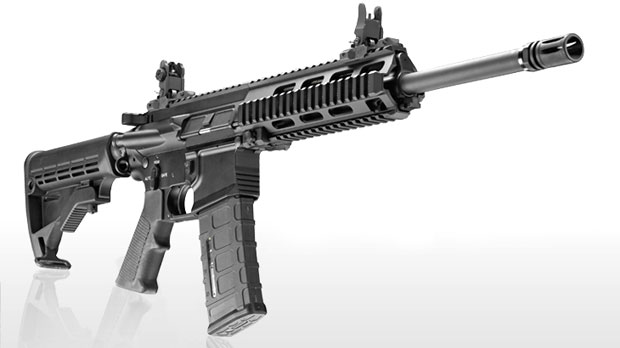 The barrels are threaded, and come with a “standard muzzle break [sic].”  From the photos, it appears the muzzle device is a standard A2 type birdcage flash hider.  Of course, with so many different muzzle devices on the market today, it is hard to say for certain from the photos alone.

According to Caracal, the rifle comes with a magazine release on the right side of the receiver, but an ambidextrous option is available.  The gun uses STANAG-compliant magazines, and ships with a 30 round mag.  The rifle is shown with a PMAG, but it is not known if Magpul magazines ship with the gun, or more pedestrian USGI mags.

END_OF_DOCUMENT_TOKEN_TO_BE_REPLACED

Magpul Industries Corporation has been in the news lately with its bold stand for gun owners and gun rights.  When the Colorado elected officials voted to limit law-abiding citizens’ use of high capacity magazines, Magpul immediately put out a press release stating that they would be moving their business out of state. 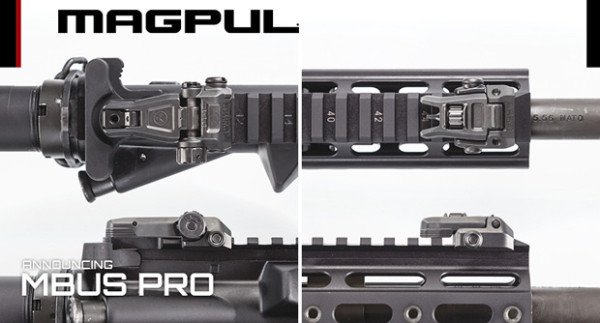 Now in the midst of their big move, Magpul has announced the release of new furniture for AR-15 style rifles and the venerable 1911 pistols.

Magpul has already produced a very popular AR-15 flip-down sights in the original and Gen II MBUS (Magpul Back-Up Sight).  Made with the same high-quality polymer construction as their extremely popular PMags, Magpul’s original MBUS sights have found great popularity and high reviews for durability and function.  The original MBUS was lightweight, yet sturdy, and used a nice spring-activated mechanism to flip the sight into shooting position.  The user could then simultaneously press two levers on opposite sides of the sight to fold the MBUS back into a low profile position.