The Walther PK380 pistol is a newest .380 ACP handgun for sale and is based on the very popular P22.  It is a compact handgun with a polymer frame.  The gun is hammer fired, not striker fired as many modern polymer guns are. 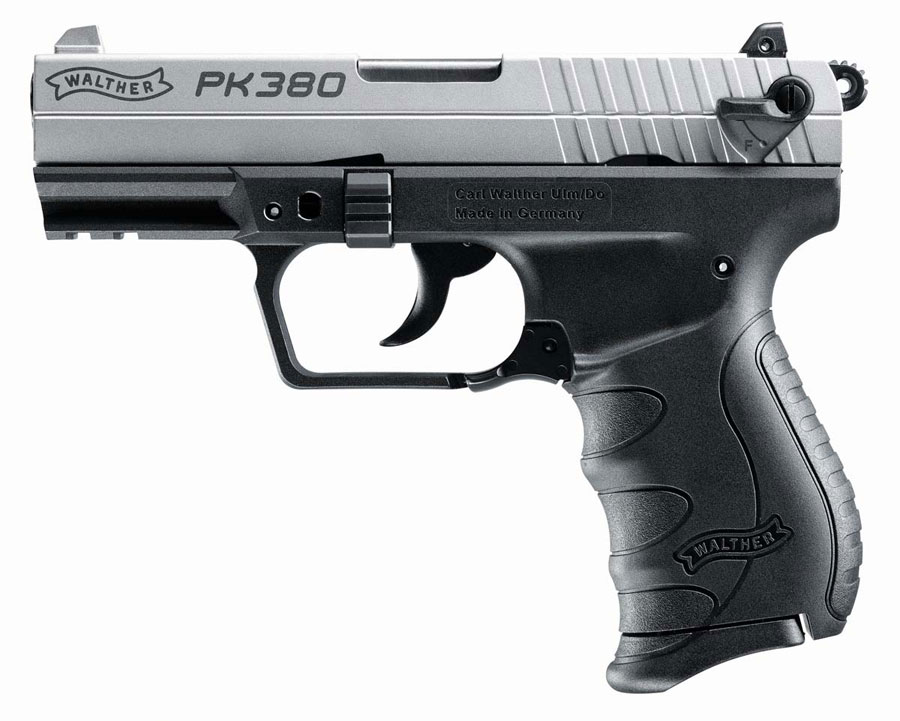 These Walther pistols are not the tiny, subcompact pistols like the Ruger LCP.  Instead, the PK380 handguns are a little larger, which makes them easier to shoot.  By having a marginally larger size, the guns tend to be more reliable and can have features typically found on large handguns like a larger capacity and better sights.

The PK380 magazine will hold eight rounds, giving the shooter nine on tap before a reload.  Nine rounds is not a sure thing when it comes to stopping an attacker, but it is a darn sight better than the five rounds I carry in my J-frame revolver.

As I suggested earlier, the sights on the Walther P380 are much more visible than you might expect on a compact handgun.  They are configured in a three-dot sight system.  The sight radius is a very useable 5.4″.  A nice bonus is that the sights are made of steel instead of plastic.