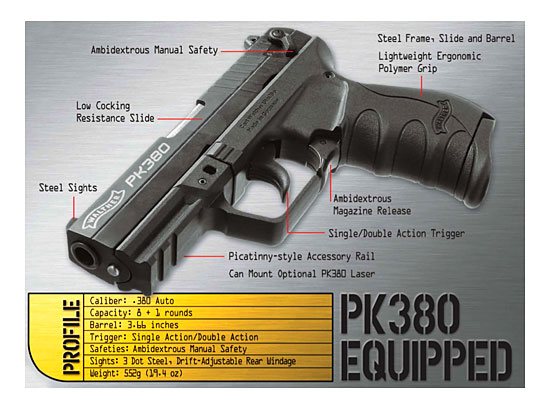 Way too big for a 380. The old PPK and PPKS has well outdated this new PK many years ago. Walther has taken 0 steps forward and 5 steps back. Walther was well known for their PPKs. What a shame.