Part of that success can be attributed to standard features on their rifles, such as the Rock River Arms 2-stage trigger, and other advanced features. The X-1 Series rifles will follow on that trend and add a few features as well.

END_OF_DOCUMENT_TOKEN_TO_BE_REPLACED 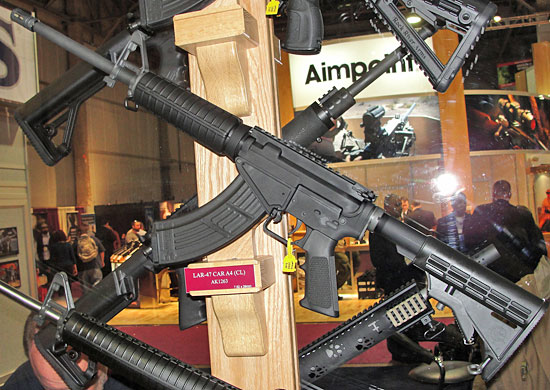 END_OF_DOCUMENT_TOKEN_TO_BE_REPLACED

I have to admit the Rock River Arms LAR-40 pistol is a head-scratcher for me.Â  This is one of those guns that I just don’t get.Â  Let me explain…

The RRA LAR-40 is a AR-15 style firearm chambered in the .40 S&W pistol round and configured as a pistol.Â  You can get them with a seven inch or 10.5 inch barrel with an A2 or A4 upper.Â  Overall length on the seven inch model is 23 inches with an unloaded weight of 4.8 pounds.Â  The 10.5 incher weighs 5.2 pounds in the A2 configuration and measures 26.5 inches overall.

The pistols use an UZI-style stick magazine (only one is included).Â  Retail prices run from $1120 to $1180 depending on configuration. Â But…what’s the point?